Ridgeway was first settled by Scots-Irish Presbyterians during the late eighteenth century. By the early 1800s, however, people of different faiths had begun to relocate to the Upstate from the Lowcountry, believing the climate to be more beneficial to their health than that of the hot and humid coastal plain. By 1850, a railroad line from Columbia to Winnsboro had been established along a ridge in the growing community, giving the town its name. 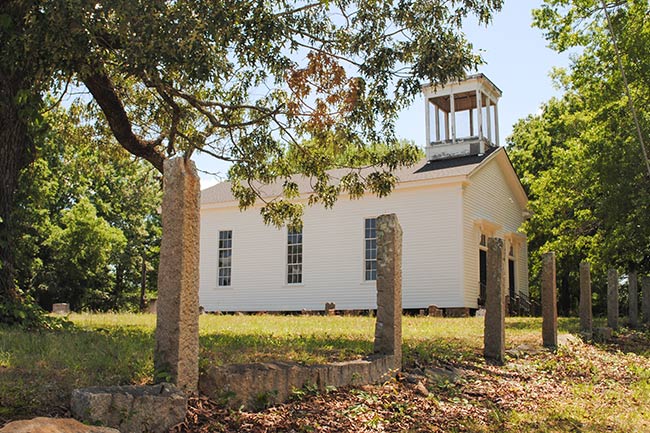 Ann Helms of Spartanburg, 2018 © Do Not Use Without Written Consent

With the advent of this line, Ridgeway’s population continued to increase, and businesses began to dot the landscape. David Ruff, a successful merchant who established the town’s first store, built this chapel for local Methodists in 1873 on land donated by the Southern Methodist Conference. Though it was Ridgeway’s first Methodist church, the chapel housed worship services of various denominations. It was called Ruff Chapel or Ruff’s Chapel. 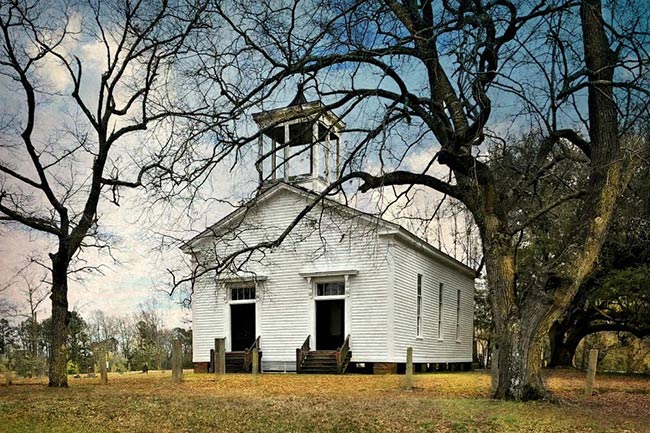 Legend holds that when the church’s bell was cast, Ruff added sixty silver dollars to the metal, giving it a bright, silvery tone. (The bell was removed around 1980 to protect it from theft.) Ruff died in 1877, just a few years after the church was established, and is interred within its surrounding graveyard. Ruff’s store, built around 1860, still stands downtown. The church, which to date has no running water or electricity, was donated by the Southern Methodist Conference to the Ruff’s Chapel Methodist Church Cemetery Association in 1986. The private group regularly holds fundraisers to help maintain the historic sanctuary. 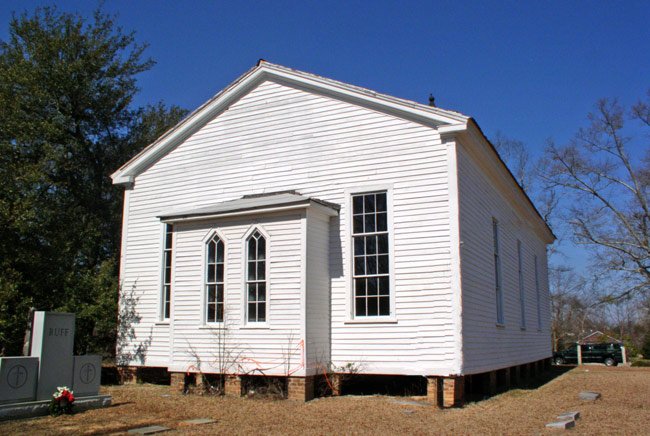 Ruff’s Chapel is listed in the National Register:

Ruff’s Chapel was the first Methodist Church built in Ridgeway. It was built by a prominent Ridgeway merchant, David H. Ruff, who is buried in the small cemetery surrounding the church. Built about 1870, Ruff’s Chapel is a single-story, rectangular frame building, sheathed in weatherboard, with a front gabled roof. There are two sets of double doors on the façade, topped by four-light transoms and simple entablatures supported on scroll brackets. The roof is covered with embossed metal shingles. The square open belfry has a metal covered bellcast hip roof with a ball finial. According to tradition, Mr. Ruff threw sixty silver dollars into the metal when the bell was cast, to give it a silvery tone. The bell was removed for safekeeping after an attempt was made to steal it. 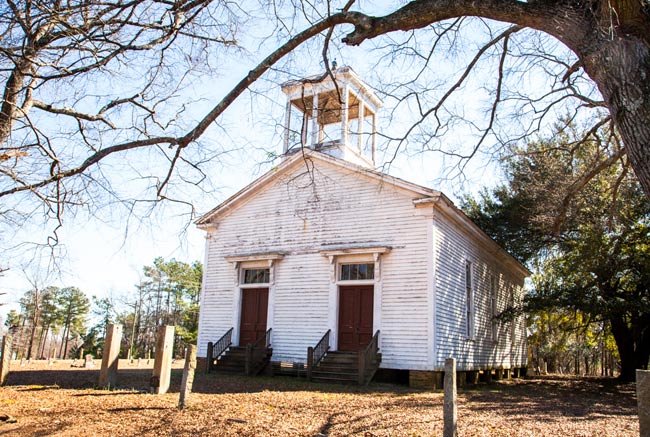 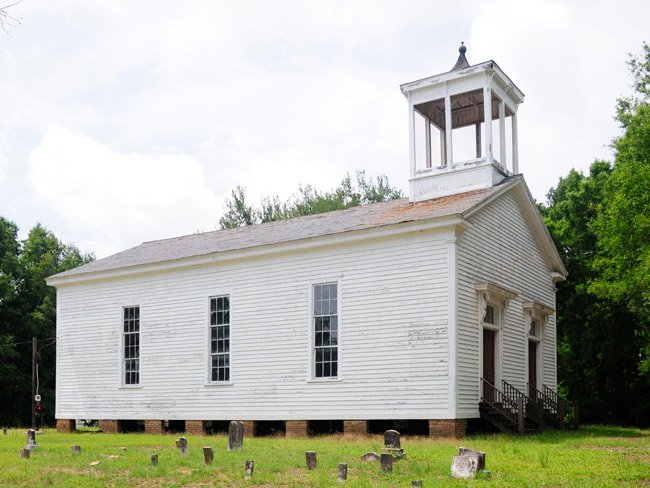 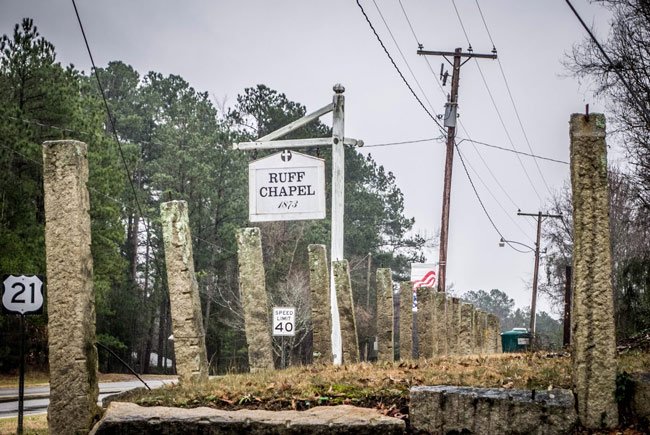