Several Scots-Irish settlers found their way to present-day Fairfield County in the mid-eighteenth century, bringing their Presbyterian roots with them. As a result, many churches in the Associate Reformed Presbyterian (ARP) denomination exist throughout the county, including White Oak ARP Church. 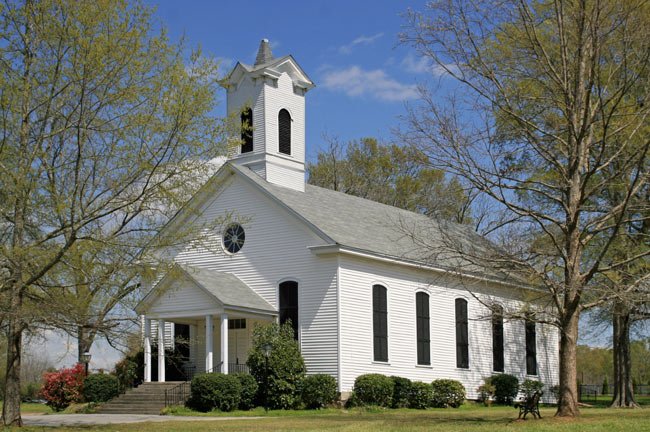 The Patrick family relocated to Fairfield County from York County following the Civil War. They quickly contributed to the community by building a store in 1876, this church in 1877, and several homes. They called the area – which was known as Cockrell’s prior to the war – White Oak. 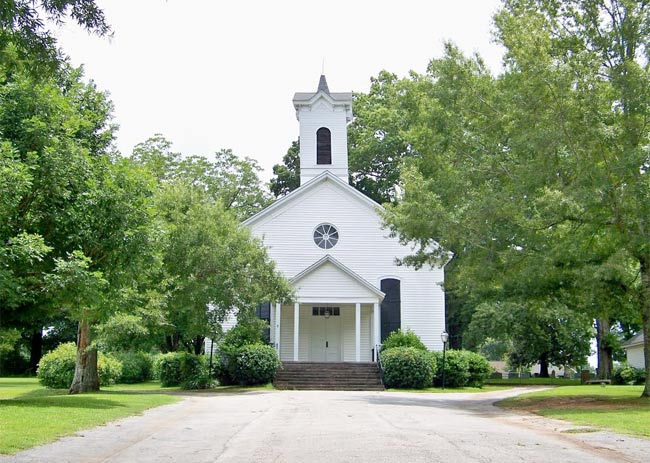 White Oak prospered as a rural trading village, and residents soon founded more businesses and a school. By the early twentieth century, a cannery and cotton warehouse operated within White Oak as well. 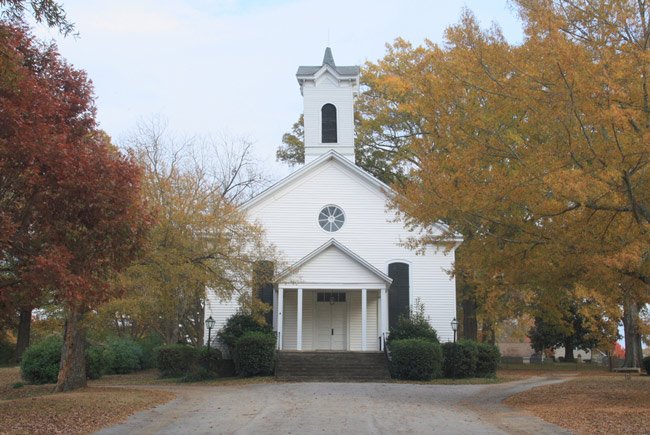 Mark Clark of Winnsboro, 2013 © Do Not Use Without Written Consent

Though White Oak has been largely abandoned, historic buildings stand as a reminder of a village that found a way to thrive during Reconstruction and beyond. White Oak ARP continues to serve the people of nearby Winnsboro. 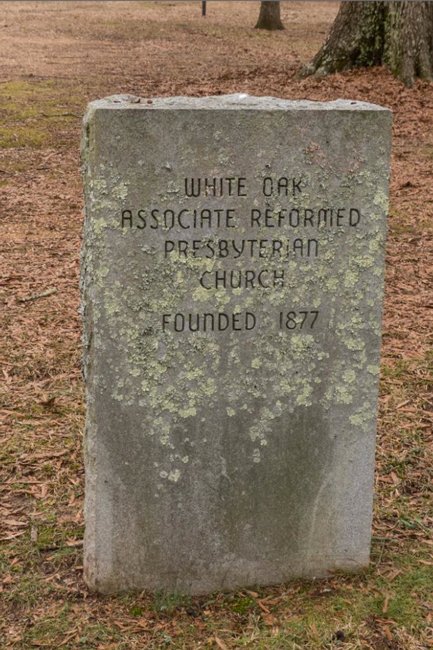 James Jenkins of Chesterfield, 2015 © Do Not Use Without Written Consent

White Oak ARP Church is listed in the National Register as part of the White Oak Historic District:

White Oak Historic District is significant as a very intact example of a late nineteenth to early twentieth century rural community whose development centered around the Patrick family in the 1870s. It serves as an example of the importance of a trading community in rural areas after the Civil War through the early twentieth century. The district consists of nine properties constructed between ca. 1876 and ca. 1925, and includes three large frame residences (including a manse), a frame church with steeple, two frame store buildings, a cotton warehouse, and two vacant, wooded lots, some of which reflect Victorian stylistic influences. Prior to the 1870s the community was known as Cockrell’s or Cockrell’s Lane, named after a prominent family that resided there until immediately after the Civil War. The Patrick family moved to the area from York County around 1870 and was instrumental in developing the community by building houses, stores, and a church. The village was relatively prosperous around the turn of the century with a cannery, at least two stores, and a school. Thomas G. Patrick opened a general merchandise store around 1876 which served the surrounding rural area. 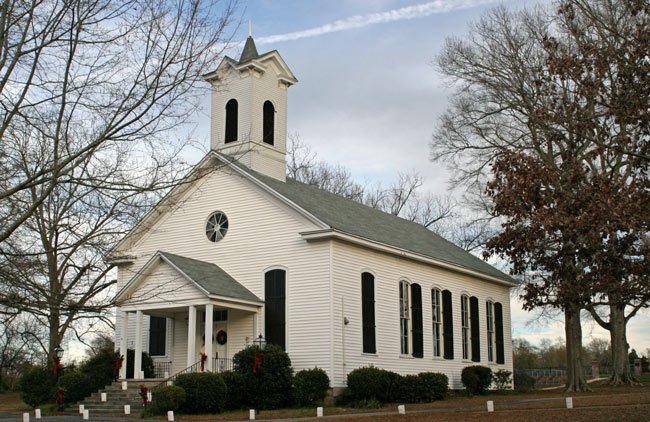 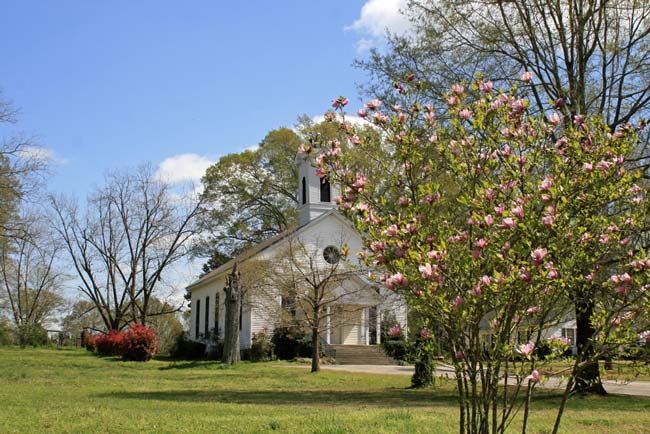