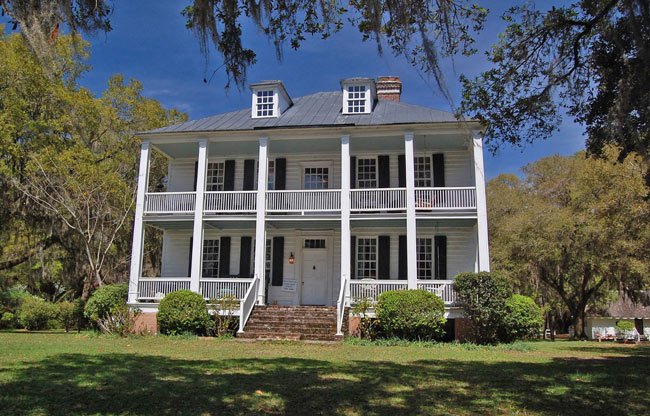 Bud Hill of McClellanville, 2016 © Do Not Use Without Written Consent

Among other offices, Thomas Lynch, Sr. served in the Stamp Act of Congress in 1765 and in the First Continental Congress in 1774. While still in Philadelphia in 1776, Lynch, Sr. experienced a cerebral hemorrhage, which resulted in paralysis. Lynch, Jr. was serving as a soldier in the Revolutionary War at the time and was not granted leave to aid his father. However, Lynch, Jr. was later also named a delegate to the First Continental Congress, which allowed him to be with his father in Philadelphia. 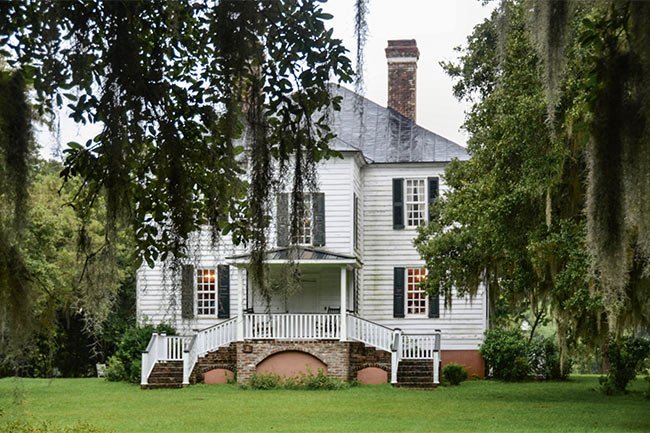 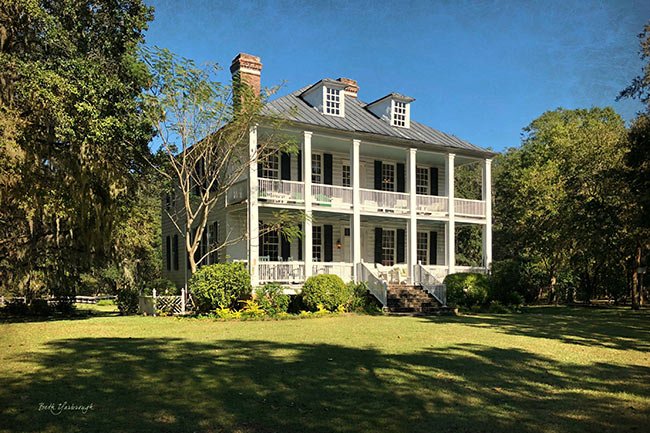 Beth Yarborough of Lincolnton, NC, 2017 © Do Not Use Without Written Consent

Upon his return to South Carolina, Thomas Lynch, Jr., who had become ill with a what was likely a mosquito-borne illness while serving in the Revolutionary War, retired near Hopsewee at Peachtree Plantation with his wife, Elizabeth Shubrick, in order to convalesce. In 1779 the couple decided to relocate to France in order for Lynch, Jr. to recover. Sadly, they were both lost at sea during the voyage. 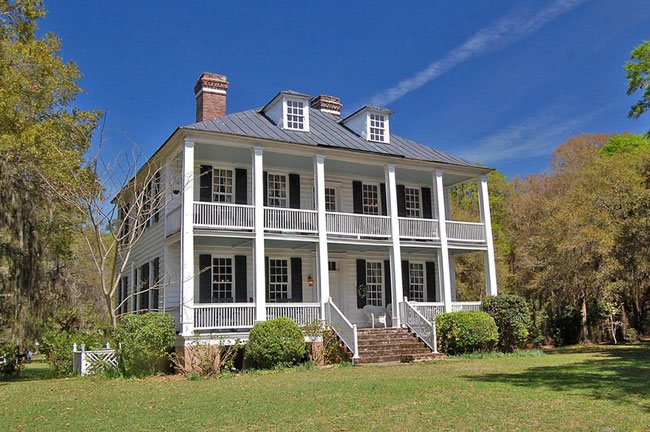 Bud Hill of McClellanville, 2016 © Do Not Use Without Written Consent

Before he died, Thomas Lynch, Jr. sold Hopsewee Plantation to Robert Hume, who died four years after acquiring the property. However, the property remained in the Hume family, and in 1844 it was sold to John Hume Lucas, great-grandson of Robert Hume. Lucas became a prominent rice planter at Hopsewee. Though Lucas died in 1853, the plantation, then owned by his widow, continued to be planted by his slaves and managed by his employees. After the Civil War, portions of the property were leased and worked by former slaves. The house itself was ransacked by Union troops at the end of the war. Outside of the house there is a former kitchen and slave dwelling offering visitors a glimpse of the past. 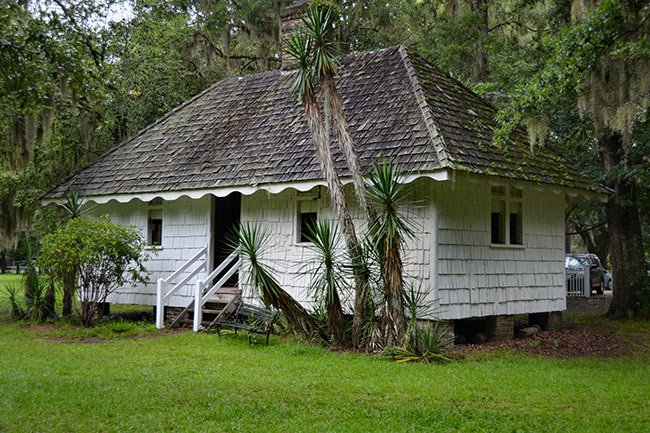 The home was the residence of Lucas descendants until the early twentieth century. In 1945 the property was purchased by the International Paper Company and sold to Colonel Reading Wilkinson three years later. The Wilkersons updated the house with electricity, running water, and other modern conveniences. In 1969 Mrs. Wilkerson, who by that year had been widowed, moved to downtown Charleston, and Jim and Helen Maynard became the property’s new residents. 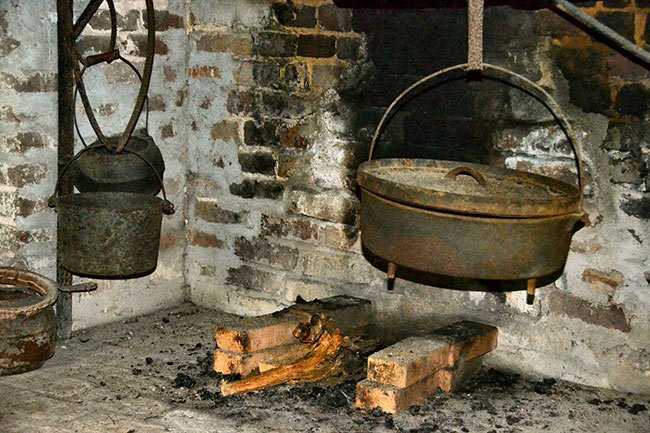 The Maynards restored the home and opened it as a house museum, eventually selling it to Frank and Raejean Beattie in the early 2000s. The Beatties continue the Maynards’ tradition of opening the property to the public as a museum while preventing the development of the surrounding acreage. The Beatties opened an enormously popular gift shop and restaurant on the grounds of the plantation, known as the Tea Room, that offers daily lunch options including delicious homemade desserts. 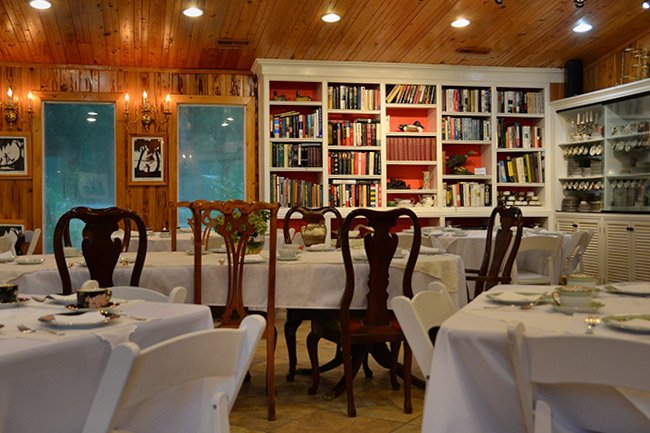 Hopsewee Plantation is listed in the National Register, thanks to the efforts of the Maynards:

(Hopsewee-on-the-Santee; Thomas Lynch, Jr., Birthplace) Hopsewee was the birthplace and boyhood home of Thomas Lynch, Jr., a signer of the Declaration of Independence for South Carolina, planter, soldier, and politician, from 1749-1763, when his father sold the farmhouse. It is the only extant house closely related with Thomas Lynch, Jr., the only son of a wealthy rice planter. Thomas Lynch, Jr. entered public life in 1774. He was a member of the first and second provincial congress (1774-1776), of the constitutional committee for South Carolina (1776), and of the first state General Assembly (1776). Built by Thomas Lynch, Sr. in the 1740s, Hopsewee is a two-and-one-half story frame structure on a brick foundation covered by scored tabby, with a hipped roof, dormers, and two interior chimneys. A broad two-story porch or piazza with square columns extends across the front of the house. The frame, comprised of black cypress, is of mortise and tenon construction and the walls are clapboard. The farmhouse has a central hall plan. The mantels, wainscoting, cornice mold, and heart pine floors are all original and of excellent craftsmanship. There are two one-story cypress shingled outbuildings on the property, probably originally used as kitchens. 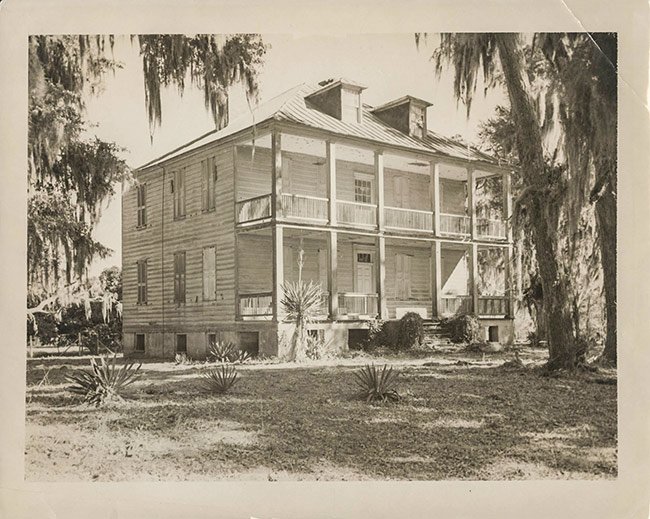 Contributor Deborah Smith says: “This photo was taken on a rather chilly, spring afternoon when I stopped at Hopsewee Plantation to see the dogwoods. I found instead that I was drawn to this little bed of spring flowers, warming things up and hinting at the beautiful summer blooms to come. This is my favorite view of this historic house, the back side of the house facing away from the North Santee River.” 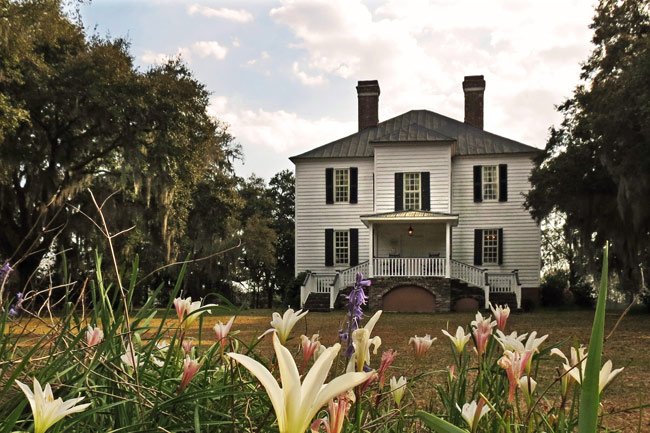 Deborah Smith of Georgetown, 2013 © Do Not Use Without Written Consent