Originally home to the Pentecostal Holiness Church in nearby Georgetown, this quaint chapel did not arrive on Pawleys Island until the late 1940s, when it was dismantled and transported to the island. The chapel was carefully rebuilt by the Georgetown Laymen’s Association in 1946 and dedicated on June 6, 1948. It rests on land donated by Dr. and Mrs. J. H. Porter.

The formal name of the church is Pawleys Island House of Worship, though it is more commonly known simply as the Chapel. The small church managed to survive both Hurricane Hazel and Hurricane Hugo, and it continues to serve as the island’s only house of worship. Services are held each Sunday at 10 AM.

The small sanctuary extends into the marsh, affording visitors a singular view of the tidal creek. Though vulnerable to floods due to heavy rains and high tides, the chapel has so far remained unscathed by rising waters. The Pawleys Island Chapel is available for weddings from September through May, and ceremonies must be conducted by an ordained minister. See contact information below. 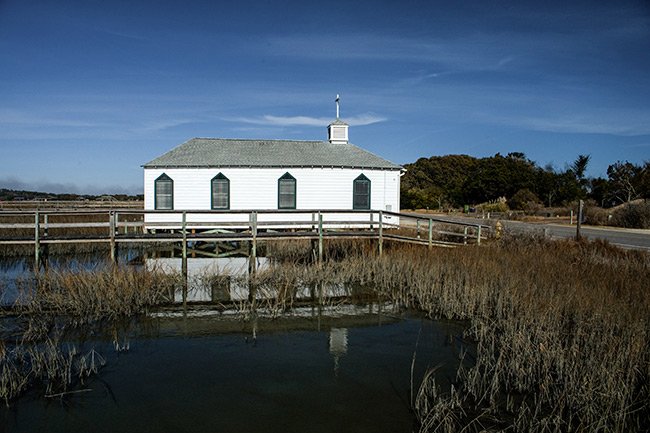 In late 2017, the owners of the chapel, The Pawleys Island House of Worship, obtained permits for the chapel to be lifted from its foundations and moved across the street so repairs could be made. 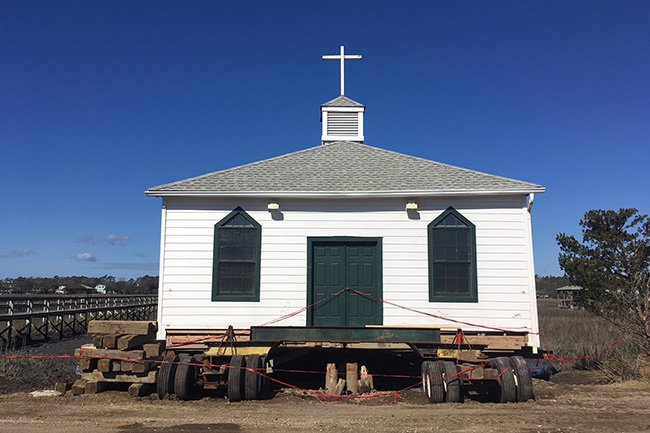 Because the chapel serves as a place of worship, work was held off for several months until services finished for the season. The chapel was also booked for several weddings throughout December. 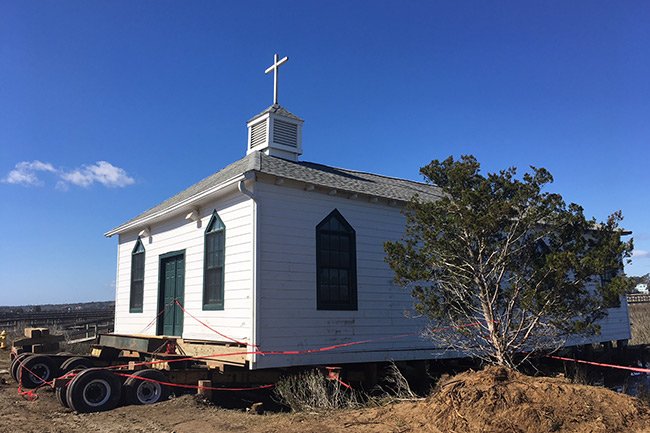 On Monday, February 19, 2018, the chapel was loaded up and moved across the street to rest at its temporary home between the North and South Causeways. Construction crews will reinforce the chapel’s foundation and then put the chapel back. Work is expected to take several months. 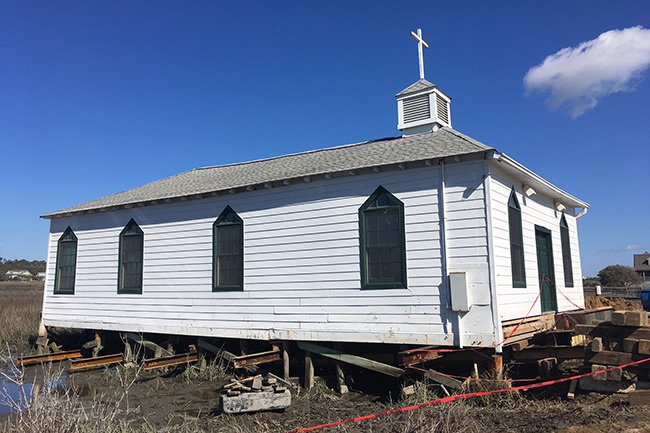 Reflections on the Pawleys Island Chapel

Contributor Treva Thomas Hamlin shares her experience capturing the middle photo above: “The Pawleys Island Chapel has captured my eye for many summers. I love its simple elegance on the creek water’s edge as it beckons beach-loving parishioners on a summer morning.” 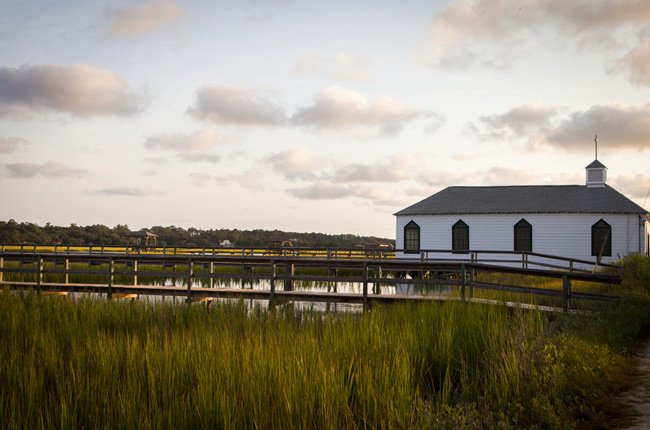 Treva Thomas Hamlin of Rock Hill, 2015 © Do Not Use Without Written Consent

Hamlin, a regular visitor to the island, goes on to tell us this about the above photo: “Sunrise on Pawleys Island is magnificent to behold, and the chapel over the creek is one of my favorite spots on the island.” 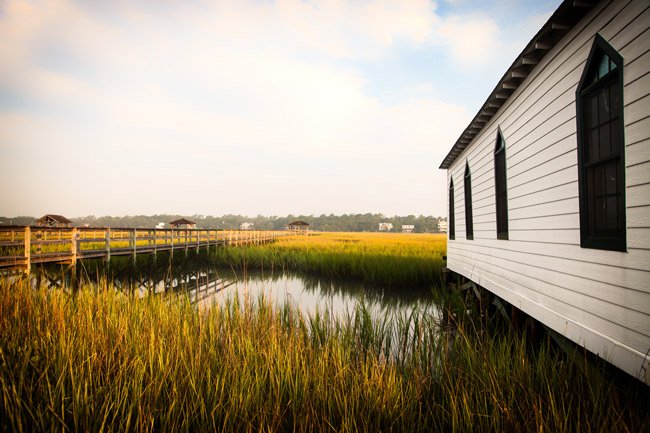 Treva Thomas Hamlin of Rock Hill, 2014 © Do Not Use Without Written Consent