Now called the Spinning Ginny, the former Greer Opry House is located in downtown Greer. It was founded by the late country musician Ernest Harvey after a fire destroyed his previous venue, Powdersville Opry House, where he performed and hosted other acts for 23 years. Harvey also performed at the Inman Grange Show and traveled with a band. Legend claims that Harvey would usher country singer Aaron Tippin into clubs to perform his first shows when he was getting his start in the industry. Following Harvey’s death in 2002, his wife, Peggy, continued the business. When she later remarried, her second husband, Robert Stewart, also contributed to the operations of the Greer Opry House. 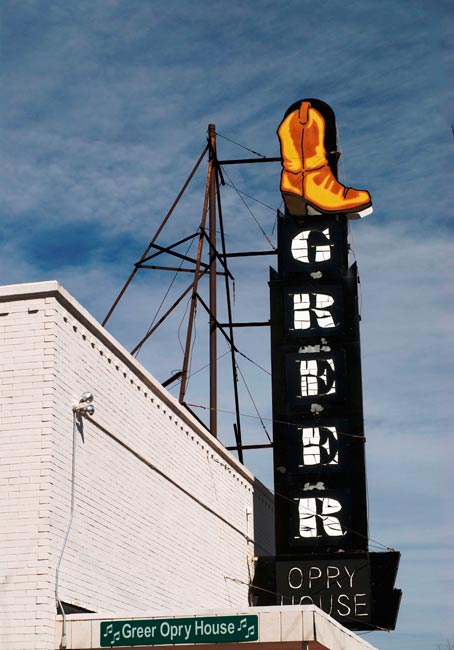 Steven Faucette of Williamston, 2009 © Do Not Use Without Written Consent

The Stewarts retired from the business in 2015. Building owner Steve Sandlin hired Sharon Murray to manage a new business within the building, which has in the past served as a grocery store and a roller skating rink. Its new name is taken from the textile industry and refers to spools of cotton in production. Still a performance venue, the Spinning Ginny hosts a variety of arts, from Shakespearean plays to concerts and community dances. The site is also available for weddings and other events.