This town clock in historic Greenville bears the name of the insurance company that was once housed in the building that sits behind it. The year the company was founded is also emblazoned on the landmark. The building seen in this photo is actually the Westin Hotel, formerly known as the Poinsett Hotel, which is across the street from the clock and the former Liberty Life Insurance building. 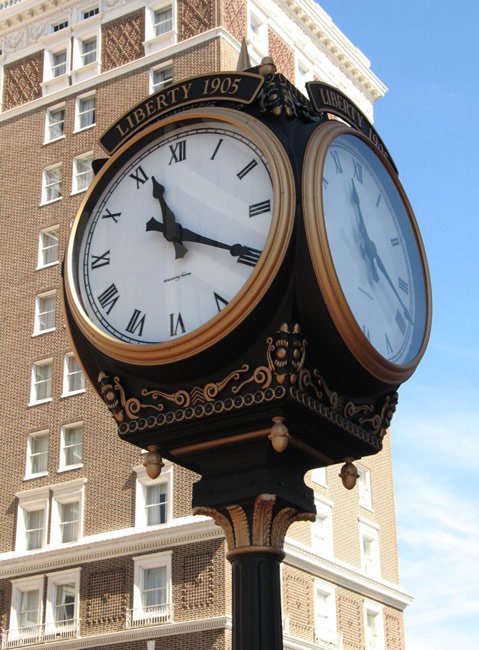 Jonathan Kostyra of Greenville, 2009 © Do Not Use Without Written Consent

The Liberty and Southeastern companies finally merged in 1941. By 1968 the company had moved to a different location, and in 2000 the company was bought out by the Royal Bank of Canada. However, many beloved downtown Greenville sites, including this clock, Liberty Square, and the infamous Liberty Bridge, are named for the company which generously donated to the betterment of the Greenville community.

Reflections on the Liberty Clock