Once a rural landscape, the seaside resort of Myrtle Beach developed at the turn of the twentieth century when the Burroughs and Collins Company of nearby Conway, a turpentine and timber business, established a railroad from Conway to its beachside land holdings 12 miles away. By 1901, the company had built the Seaside Inn, and the wife of partner Franklin Burroughs coined the destination site “Myrtle Beach” for its abundance of southern wax myrtles (Morella cerifera) in 1907. As the town subsequently grew, more people established their homes in the beach town, and churches soon followed. In 1928 Dr. Cecil Brearley, a Presbyterian minster from historic Kingston Presbyterian Church in Conway, helped form a new church in the burgeoning town that would become First Presbyterian Church of Myrtle Beach. 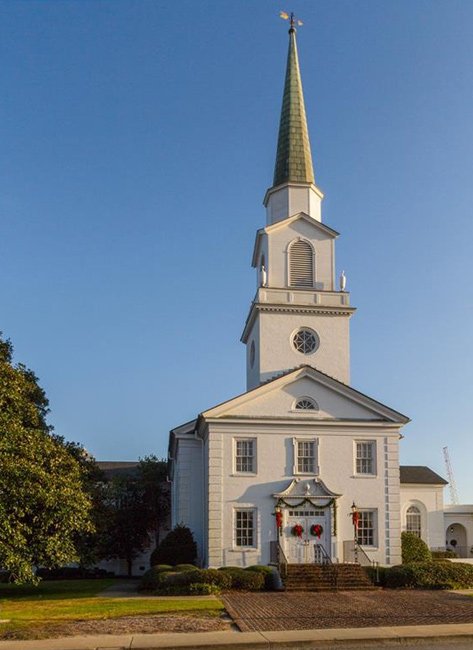 Dr. Brearley held the church’s first worship service on February 18, 1928, likely in a private home. By July of that year, the congregation had erected its first chapel on the present site of the popular restaurant, Mammy’s Kitchen. Though Dr. Brearley could preach in Myrtle Beach only twice a month due to his obligations at Kingston Presbyterian; he was assisted by seminary students, and the congregation grew. In 1945 Dr. Brearley began serving First Presbyterian of Myrtle Beach as its full-time pastor, a position he held until 1961. During his tenure, Dr. Brearley oversaw the construction of the present church at its current site in 1948. 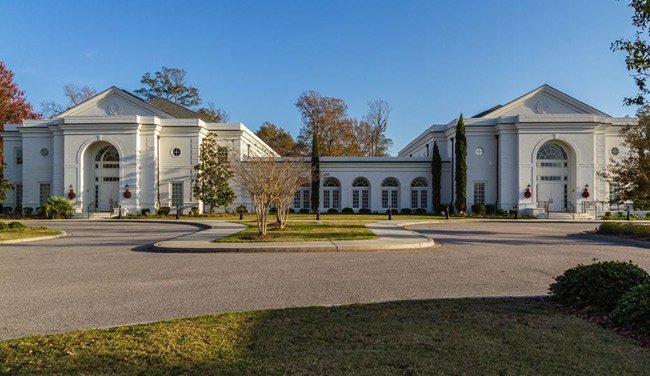 The construction effort included moving the original chapel to the new location. The chapel was christened Brearley Hall and used by the church until the congregation elected to build a new fellowship hall (seen above) in 1988 to accommodate its exponential growth. During this building phase, the church also enlarged its sanctuary. Prior to the construction of the fellowship hall, the church donated Brearley Hall to Disabled American Veterans Association. The former chapel was then moved to the site of The First Assembly Pentecostal Holiness Church, now the Myrtle Beach Bible Chapel, which shares the building with the Disabled American Veterans Association. 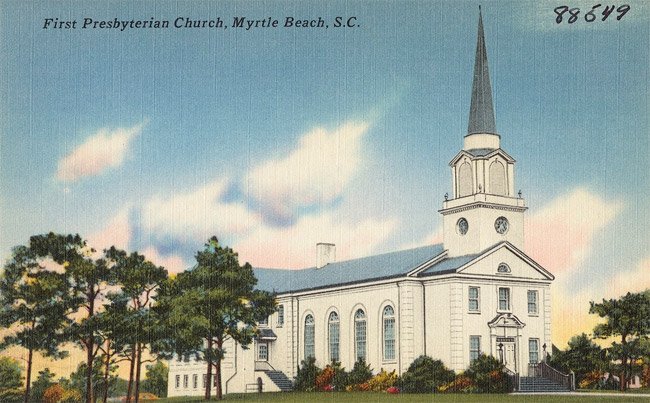 First Presbyterian Church of Myrtle Beach expanded in membership from fewer than 20 charter members when it was formed to more than 1,600 today. In 2013 the church introduced Dr. John Cecil Brearley of Greenville as its senior pastor. Dr. Breaerly is the grandson of the church’s founder.