Located between Ridgeland and Hardeeville in Jasper County, Switzerland is one of several towns or communities in South Carolina that share a name with a European country. Denmark, Finland, and Sweden are each located roughly an hour-and-a-half from Switzerland, in Bamberg County. Norway, with a population of under 400, is also within easy reach, sitting just west of the City of Orangeburg. 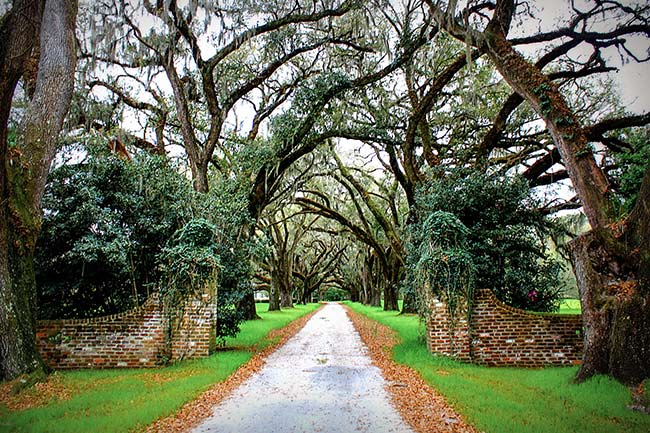 Switzerland occupies the site of historic Purrysburg, established along the Savannah River in the 1730s. Purrysburg was named for founder Jean-Pierre Purry, who sailed to America from Neufchatel. The settlement of between three and six hundred people lasted only briefly. It failed due to its unfortunate location, which led to a malarial outbreak and proved inconvenient for both agriculture and commercial trade (1). (Purrysburg residents hoped to prosper in the silk trade.) After Purry’s death in 1736, families dispersed, many finding new homes in the Beaufort District (1). 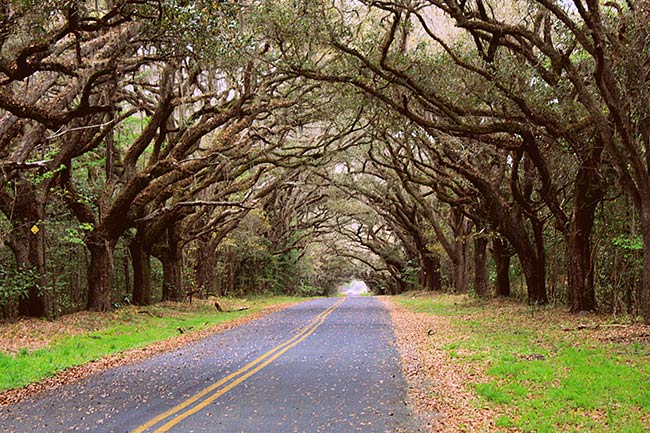 Nevertheless the Purrysburg name persisted. It remained attached to this area for over a century, and residents of unincorporated Purrysburg were granted a post office in 1822 (1). The post office was decommissioned in 1848 (1).

The settlers who followed Purry to South Carolina were primarily Swiss Huguenots, and it is from this fact that the community eventually came to be called Switzerland (1). Until the middle of the twentieth century, Switzerland was home to several farms. A motor lodge and a post office operated here until 1963 (2).

Switzerland is still home to the legendary Okeetee Club. Established in 1884, it remains one of the most exclusive private hunt clubs in the nation. In fact its membership is limited to just 20. Dedicated to the preservation of quail habitat, the Okeetee Club spans 50,000 acres and harvests timber across 40% of its property (3).

The most striking feature of Switzerland is a quiet, eight-mile stretch of highway known as the Old Charleston Road. Cut between 1733 and 1740, it originally stretched between Purrysburg and Pocotaligo (3). A tunnel of live oaks envelops nearly a mile of the historic lane, which George Washington himself traveled on May 11, 1791, during his Southern Tour (3). Today it forms one of the prettiest scenes in the Lowcountry.

We would love to add more to the South Carolina Picture Project’s entry for Switzerland. If you can help, please fill in the form below. Thank you!

3. When you can tour Denmark, Norway and Switzerland in a single day without getting on an airplane, The Island Packet, Matt Richardson, Bluffton, March 29, 2019.