This rural church in Kershaw was founded in 1771 along its namesake creek a few miles west of its present location. A meeting house was built in 1772 to accommodate the Scots-Irish Presbyterians who had settled along the creek’s fertile banks in the mid-eighteenth century. While the current church is in Lancaster County, the original meeting house sat in present-day Kershaw County. For 50 years Beaver Creek Presbyterian was the only Presbyterian church accessible in the area. 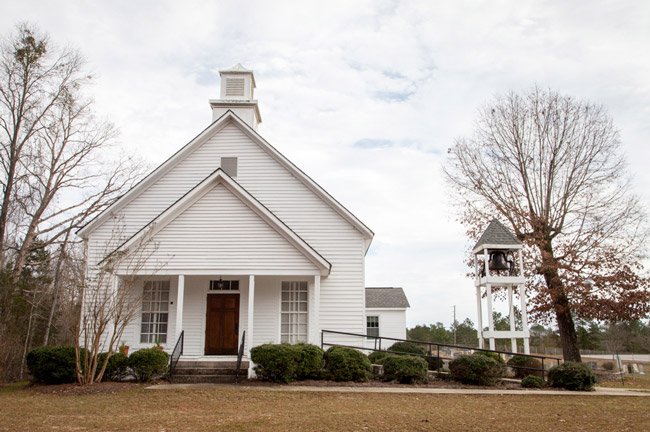 The church relocated from Beaver Creek to its current site in 1856 to be near a more populated area. Though the church’s new community was known as Mount Bethel – and prior to that, Millers – the church retained its original name. The congregation’s second church sits along the former Lancaster stage coach road, and the sanctuary still serves the active congregation. The first Beaver Creek graveyard is still extant and located in an isolated wooded area in the Red Hill vicinity of Kershaw County.