Trains from the L&C Railway regularly pass by this turn-of-the-century depot in the Lancaster County community of Heath Springs. The depot served the Southern Railway after the railroad was established in the county in the 1880s. This depot, built in 1903, is the third depot built here. 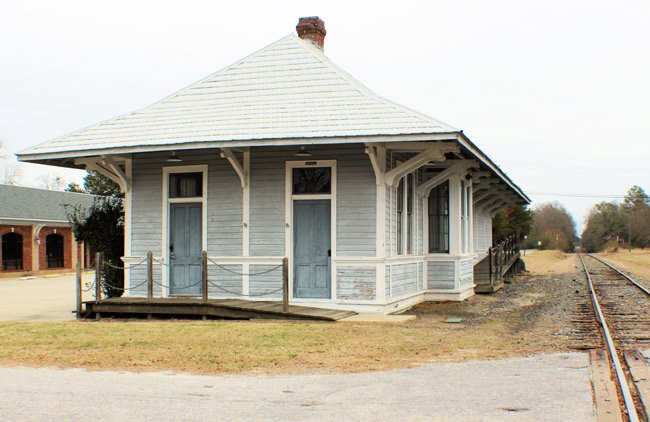 The railroad mostly transported cotton and cotton products to local textile mills, though passenger service was also offered. The depot was in service until the early 1940s. 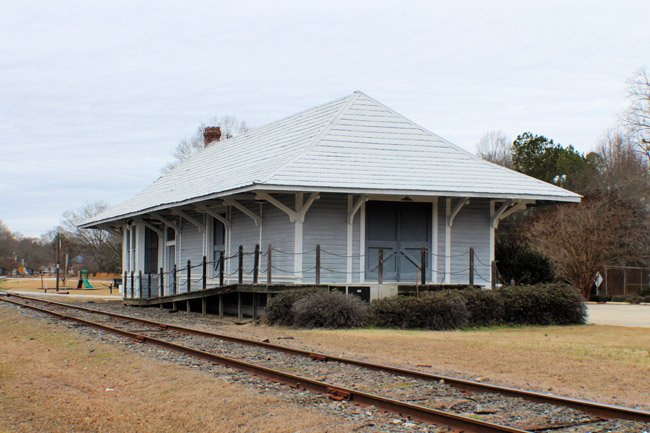 The L&C now operates the rail line, and the town of Heath Springs owns the depot, which is used for community events. During Christmas, the L&C train is adorned as the L&C Santa Express, which takes children and their parents from Lancaster to Heath Springs, while the depot is transformed into the North Pole.

The Heath Springs Depot is listed in the National Register:

(Southern Railway Depot) The Heath Springs Depot, constructed by the Southern Railway in 1903, is significant both as an intact example of early twentieth century depots built in South Carolina, and for its association with the transportation of freight and passengers on the Southern Railway in the period 1903-ca.1940. It was the third depot built at Heath Springs, which developed in the 1880s after railroad service was introduced to that section of Lancaster County. Its primary use was in the transportation of cotton, cottonseed and cotton oil products from nearby farms and cotton oil mills, textiles from nearby textile mills, and granite from the nearby quarry. The depot is a one-story frame building on a brick pier foundation, covered with shiplap siding and continuous molding at the window sill height. The crimped metal, hipped roof has slightly flared eaves, with a deep overhang supported by simple stylized brackets and knee braces.