This church in rural Kershaw was founded in 1792 near the site of a Revolutionary War battle called the Battle of Hanging Rock. Between August 1st and 6th of 1780, two British forces were successfully attacked by Patriots at the spot named for the unusual rock formation that is still present there. Both attacks were led by Major William Richardson Davie under General Thomas Sumter. This church was founded shortly after the conclusion of the war. 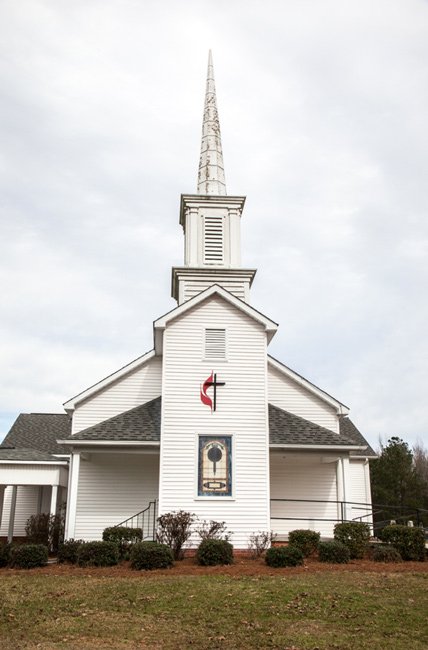 During this time Methodism was spreading throughout the South with the help of circuit-riding preachers who traveled to rural communities. Locals would gather to hear sermons delivered by these itinerant preachers, and the Methodist tradition of camp meetings formed from this practice. Camp meetings were often days-long or weeks-long revivals where people gathered in a central location, generally hosted by a local congregation, to hear a series of sermons and fellowship. Hanging Rock is said to be the location of South Carolina’s first camp meeting, held in June of 1802. Several Methodist campgrounds in South Carolina are still active, such as Indian Field, St. Paul Campground, and Cypress Methodist Campground, all in Dorchester County.