The City of Lancaster was formed in the early eighteenth century by settlers from Lancaster, Pennsylvania. The settlers traced their heritage back to the House of Lancaster in England, and the town’s nickname, Red Rose City, evolved from the symbol adopted for the English family. 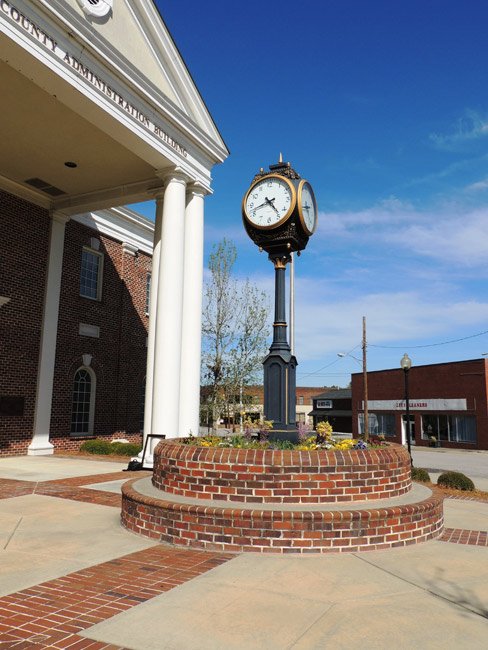 Perry A. Clanton of Lancaster, 2013 © Do Not Use Without Written Consent

The stately town clock, painted black with gold filigree, adds old world beauty to the modern buildings of the downtown area, including the county administration building and the new courthouse. A walking tour through downtown takes strollers by early nineteenth century buildings, such as the old courthouse designed by Robert Mills, to a modern sculpture park. 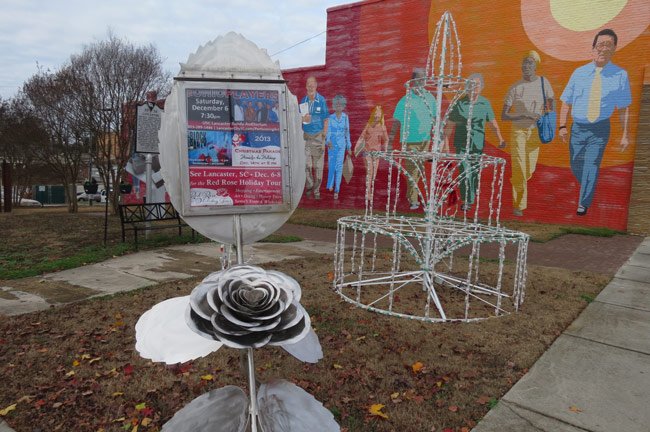 The sculpture park, pictured above, is located at the corner of West Arch and South Main Streets. According to contributor Cherry Doster, “The corner once was the site of an 1800s home, occupied during Sherman’s March and lost to the ravages of time. A busy diner car was located here for many years and when removed, the corner became a public sculpture park. In the 1970s artist Ralph Waldrop was commissioned to paint the mural and Bob Doster added sculptures. The Bob Doster Rose Kiosk was commissioned by the City of Lancaster, who owns the lot, to offer information to citizens of the Red Rose City.” 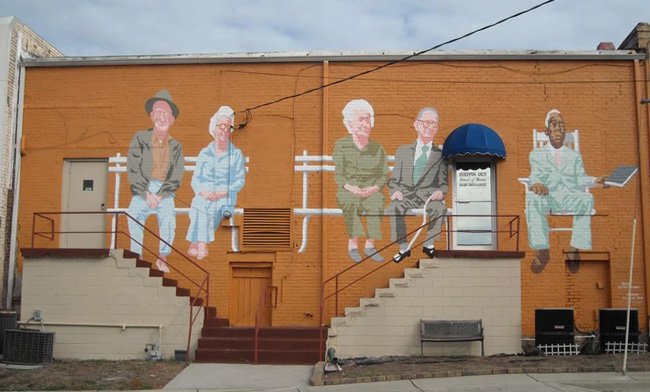 Cherry Doster also tells us about the mural, pictured above: “The mural shown depicts Lancaster County residents and was part of a project in the 1970s when murals were painted on the majority of the rear facades of buildings in the block between Arch and Gay Streets. Ralph Waldrop was commissioned to create the mural, with the help of local citizens. Over time, the mural was re-painted by Lancaster Art League and restored in 2013 by local artist Russ Petty, who is on the roster of South Carolina Arts Commission artists in education.”