On August 18, 1780, a group of Partisans achieved a victory against a troop of British and Loyalists during the Revolutionary War at the site of Musgrove Mill near Clinton. The mill and surrounding property belonged to Major Edward Musgrove and sat on the south side of the Enoree River. A detachment of around 500 British and Tories were encamped on the site, and 200 Patriots led by Colonel Charles McDowell traversed from the North Carolina border to attack the post on August 17, 1780, not realizing the number of British was so high. 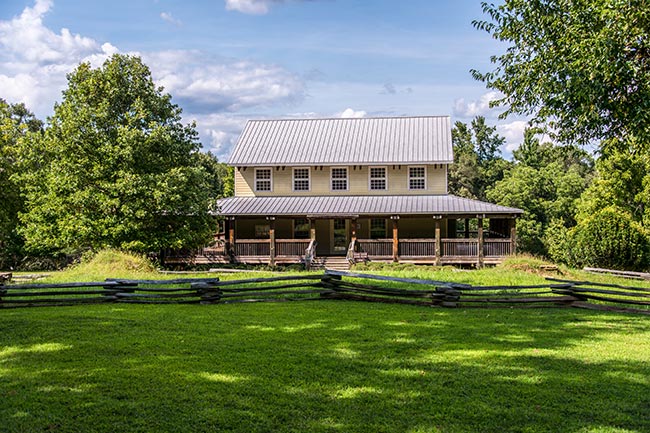 Mark Clifton of Charlotte, NC, 2013 © Do Not Use Without Written Consent

Once the Patriots reached their destination, Colonel McDowell sent a group of men to scout the British camp. On the mission they encountered a small garrison of Tories, which resulted in a skirmish. The Partisans retreated and relocated to a ridge about a half-mile from the river. There they learned of the large number of troops camped at Musgrove Mill and altered their strategy. Their new plan was to lure the British into a trap by building fortifications across the river with three groups of Partisans hiding in wait in three positions. Another group would then incite the men to cross the river. Once the British and Loyalists reached the north side of the Enoree, they would be ambushed from the right, left, and center. 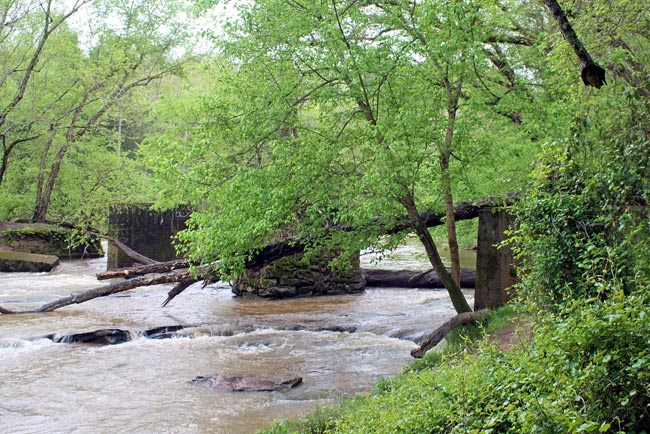 The British fell for the trap, believing they were pushing back Partisans when they were actually being drawn into the line of fire. The Partisans waited until the British were within 70 yards before they attacked. The battle resulted in 60 British killed, 90 wounded, and 70 taken as prisoners. For the Partisans, four were killed, nine wounded. Following the battle, the Partisans retreated to the mountains of North Carolina, as they learned that British reinforcements from Camden were on their way. The victory, however, lifted the morale of the Patriots, who had just suffered a great defeat at Camden. 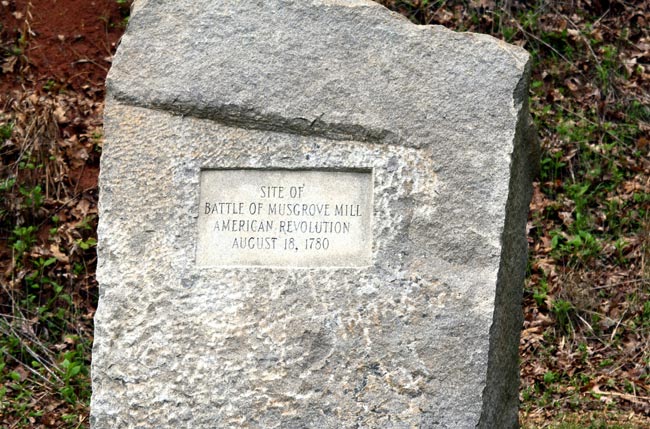 The Musgrove Mill State Historic Site features ruins such as those from the Musgrove home and mill as well as the masonry bridge crossing the Enoree River. The bridge once connected Major Musgrove’s gristmill to the north side of the river. 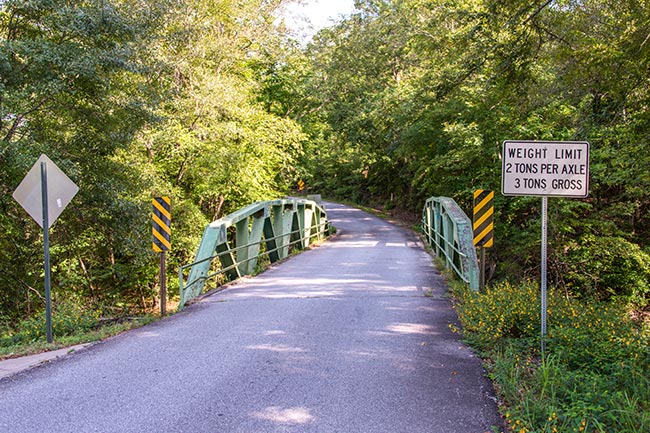 Mark Clifton of Charlotte, NC, 2013 © Do Not Use Without Written Consent

Visitors can wade into Horseshoe Falls along Cedar Shoals Creek or even paddle the Enoree River. An education center, guided tours, and walking trails also welcome guests interested in the site’s natural and military history. 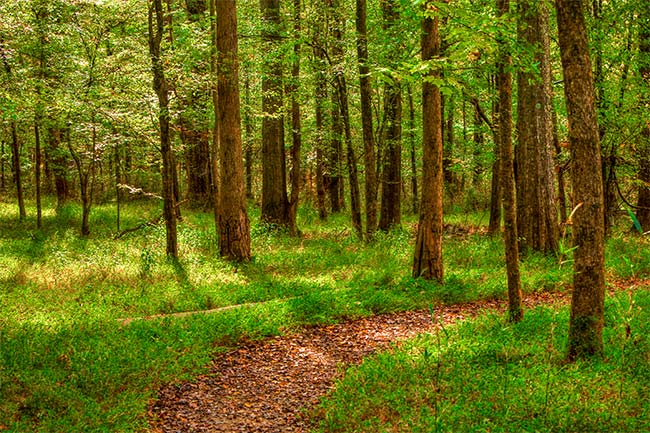 Larry Braun of Benton, MO, 2010 © Do Not Use Without Written Consent

The Musgrove Mill State Historic Site actually sits on the border of three counties – Laurens, Spartanburg, and Union counties – though most of the park rests in Clinton. The Musgrove Mill Battle Site is listed in the National Register in Union County:

The battle of Musgrove’s Mill, fought on August 18, 1780, was an early American victory in the South during the Revolution. The successful surprise attack lead by American Colonel Charles McDowell on the British post at Musgrove’s Mill indicated a weakness in the British hold on the backcountry. American troops routed a combined detachment of British and Tories at a ford on the Enoree River, but were forced to retreat to the mountains of North Carolina when Loyalist forces converged on the area. In this battle, British losses included 60 killed, 90 wounded, and 70 taken prisoner. Four Americans were killed and nine wounded. Occurring at the same time as the American defeat at Camden, this victory gave the American cause a badly needed boost in morale. The National Register site includes the land north of the Enoree River ford as well as a triangular portion of land south of the Enoree, opposite the mouth of Cedar Shoals Creek, where Major Edward Musgrove’s plantation house was standing until it burned in 1971. This is the area where the British and Tories were encamped at the time of the battle. 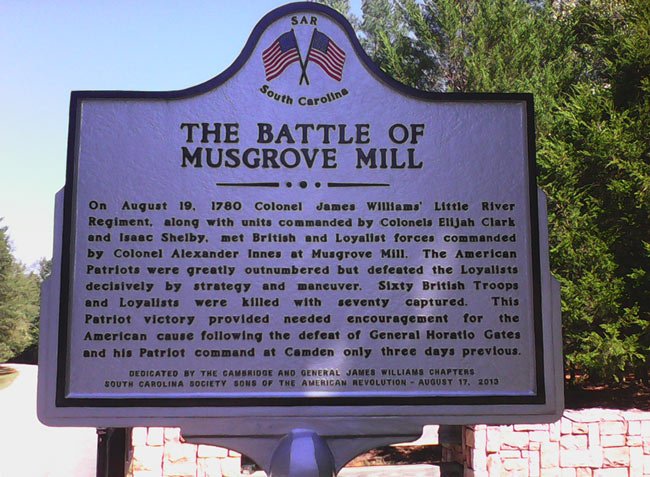 Wille Faile of West Columbia, 2016 © Do Not Use Without Written Consent