As modern as this home in Laurens may appear, it was actually built in 1859. Considered one of the first – if not the first – concrete houses in South Carolina, it is a remaining example of a structure designed and built by Zelotes Lee Holmes, a Presbyterian minister and educator from New York who made his way to the Columbia Theological Seminary in 1830. 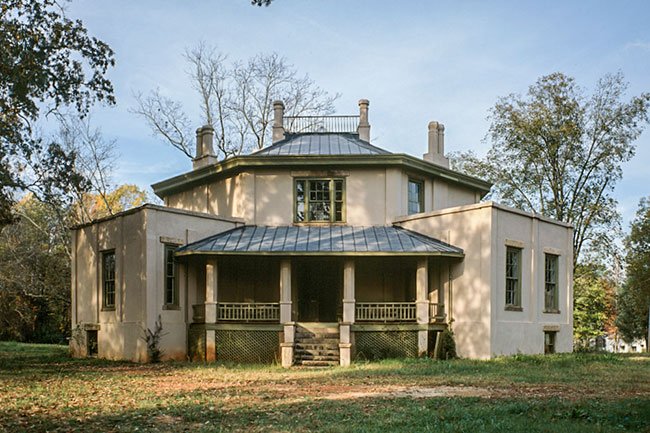 The lime, rock, and concrete house boasts walls between 12 and 15 inches thick. Some design quirks can be seen when touring through the home such as these hollow passages to allow for cooling. 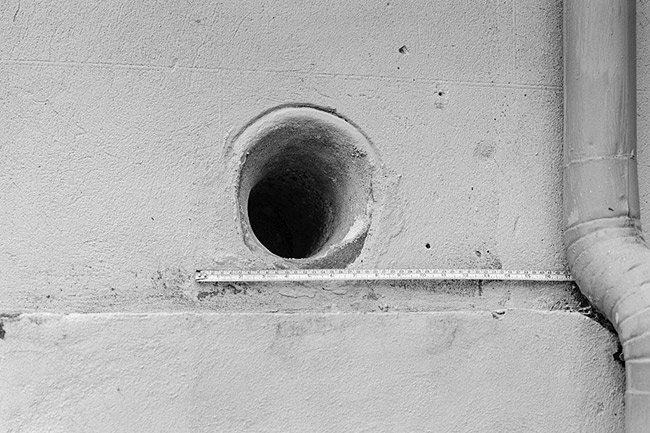 Each of the twelve rooms has a fireplace, as the materials of the walls allowed for one to be built anywhere in the house. The basement contains several rooms – also each with a fireplace – that were used as quarters for enslaved people who lived and worked here along with an an ice house. 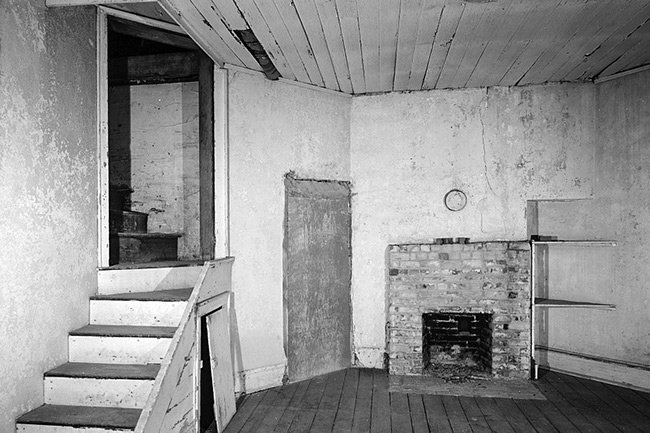 In 1970, more than $200,000 of federal, state, and private funds were used to restore the home. However, those funds were instead raised to convert the home into its current use as an apartment building. 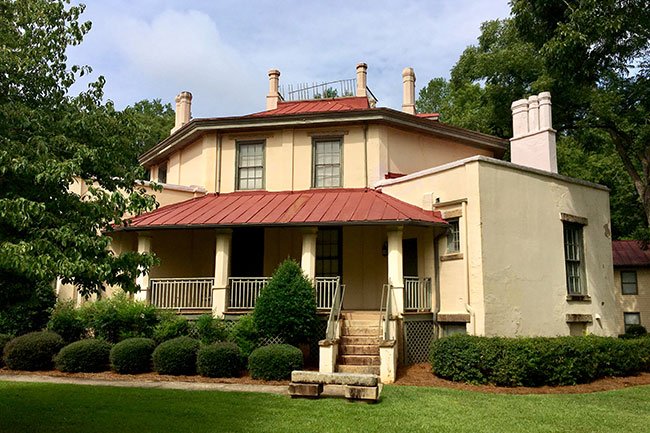 Legend has it that during the Civil War, Mrs. Holmes hid the family’s valuables from raiding Union troops in a “dungeon” accessible only by removing the floor boards in the entrance hall and descending a ladder. The story also claims that the dungeon provided a tunnel to nearby Laurens Cotton Mills to escape during this frightful and uncertain time. Whether or not the tale is true, it adds another layer of intrigue to this fascinating piece of South Carolina architectural history. 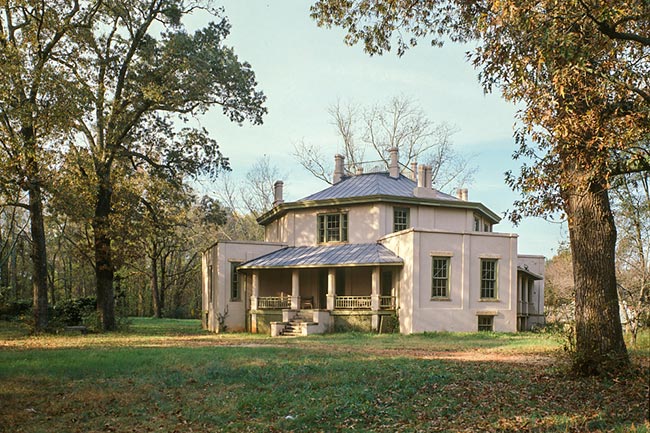 The Octagon House, also known as the Holmes-Watson House, is listed in the National Register, which says the following:

(Holmes-Watson House) The Octagon House, constructed in 1859, is considered to be the first concrete house built is South Carolina. This eight-sided structure with hipped roof has four porches and four extended rooms on the first floor level and a central octagonal core for the second-floor level. The octagonal design is maintained throughout, even down to the eight-sided porch columns and chimneys. Window design and placement varies in each façade, but all have granite sills and lintels. A large square skylight that illuminates the interior central hall of both floors crowns the upper roof. The octagonal motif that is so prominent on the exterior is muted inside the house.

Below the first floor are basement rooms with outside access only. Most of these rooms were originally used as domestic slave quarters, but one small one built entirely of field stone served as an ice house and collection point for moisture which accumulated in the concrete walls and was transferred to this location by a series of drain pipes. While the house displays several interesting architectural features, it is primarily significant as an early appearance of the method of construction utilized by the designer and builder, Zelotes Lee Holmes, a Presbyterian minister and educator of upcountry South Carolina. The walls are from 12 to 15 inches thick and include hollow passages that provide a cooling ventilation system throughout the house. As one of the first concrete houses in South Carolina, the Octagon House stands as a landmark to a structural technique that did not fully mature in the state until the twentieth century.

More Pictures of the Octagon House 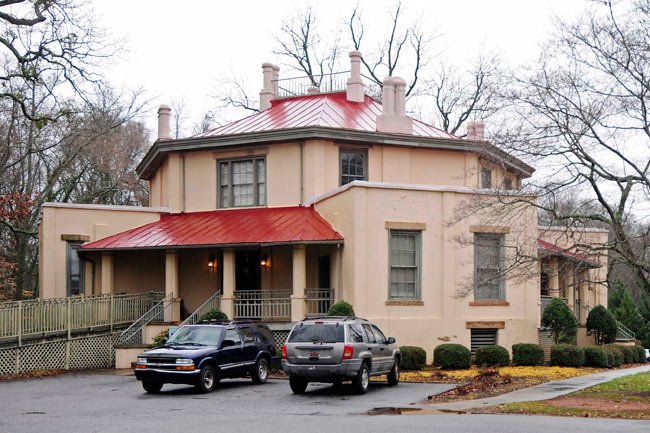 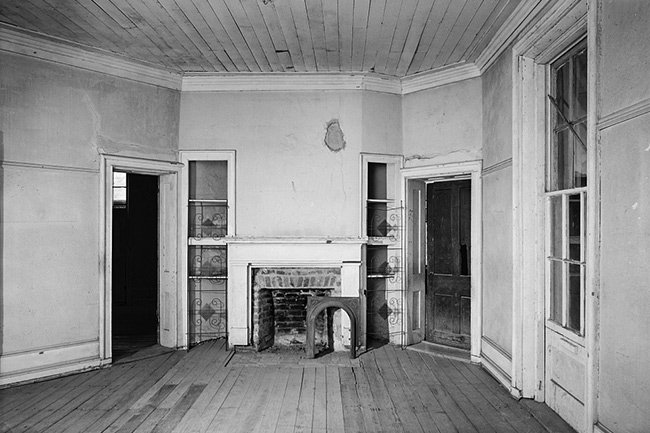 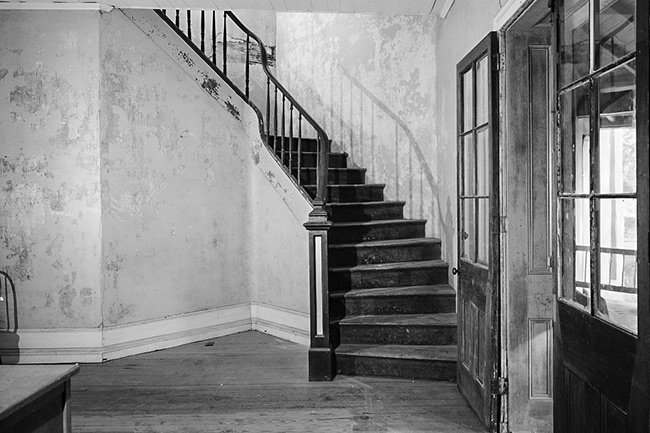 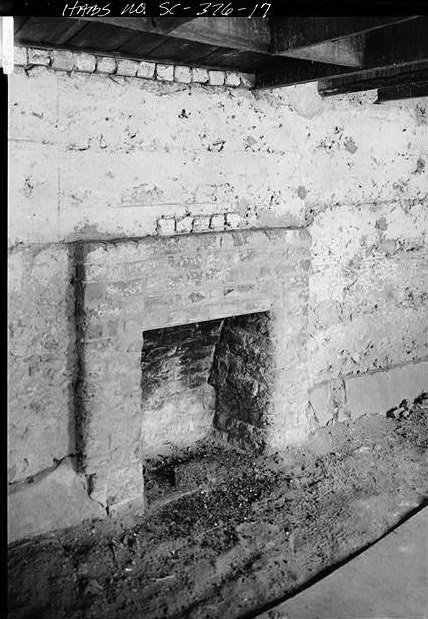