This historic home in the Marlboro County town of McColl is a rare example of Second Empire architecture in the rural Pee Dee region. Built in 1893, many homes of this era and region were of the Neoclassical, Colonial Revival, Queen Anne, or Folk Victorian styles. However, the hamlet of McColl boasts two Second Empire homes, including this one, called the Mango House. 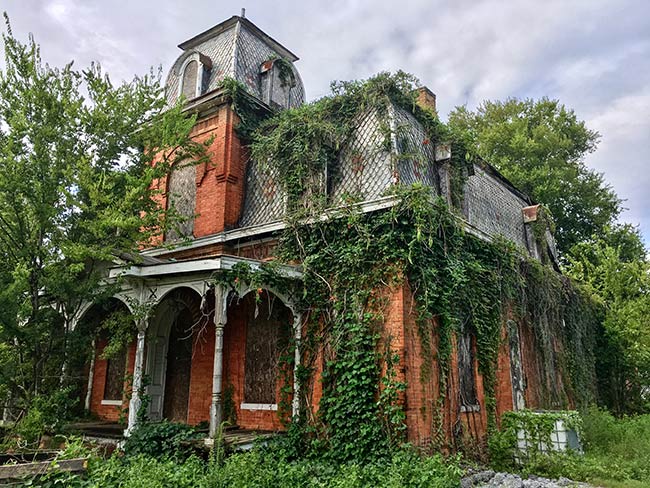 Second Empire homes are characterized by mansard roofs with towers and dormers and decorative color patterns. Such homes were common in the northeastern United States during the height of their popularity, making this manse in Marlboro County a true gem. 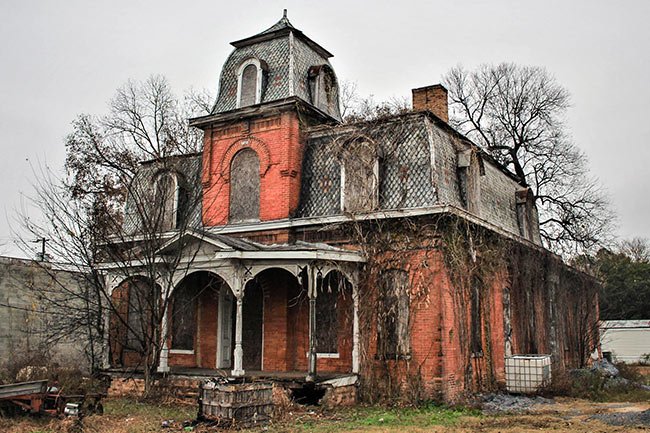 McColl grew in wealth in the late nineteenth century when the South Carolina and Pacific Railway laid tracks in the community and a depot was built. By 1892 the McColl Manufacturing Company had been established, producing textiles from the nearby cotton fields. In 1896 the mill was processing 50 bales of cotton a day with the help of 300 employees. As a result of McColl’s commercial success, many professionals moved to the booming area and built opulent homes. 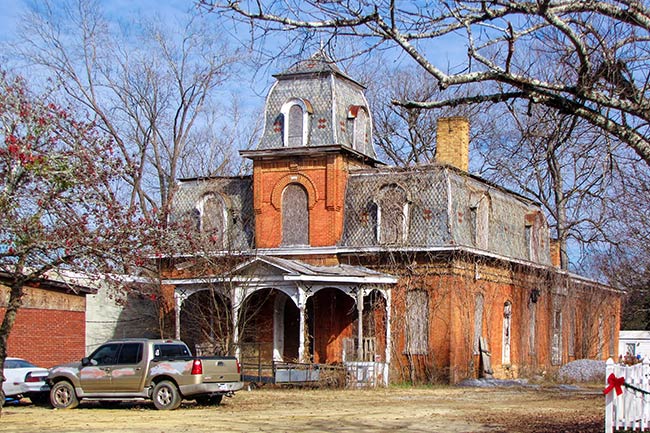 Gerry Dincher of Hope Mills, NC, 2016 © Do Not Use Without Written Consent

As with many towns throughout South Carolina, when the highway system developed, rail business slowed. As the boll weevil ravaged cotton crops in the 1920s, the textile industry came to a halt. Once-prosperous towns such as McColl lost much of their economic prominence yet still survive, with homes such as the Mango House standing as a reminder of their golden age. 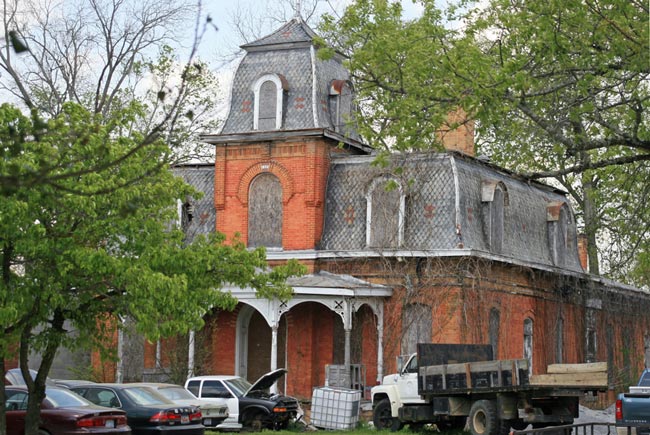