This Neoclassical church stands on Main Street in the Marlboro County town of McColl. Built in 1916, its roots go back to the eighteenth century when Welsh Baptists relocated to the banks of the Pee Dee River from Delaware and Pennsylvania. By 1738, the group had organized Welsh Neck Baptist Church. That congregation is still thriving, though the church now stands in Society Hill. The original settlement on the Pee Dee River, known as Welsh Neck, is no longer extant. 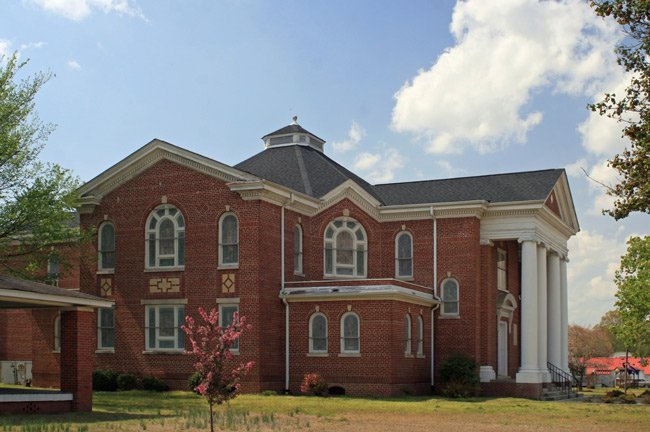