The present site of Pine Grove United Methodist Church in McColl was originally used by a Quaker congregation prior to the Revolutionary War. The members worshiped in a simple meeting house until eventually abandoning it in 1815 and moving up north due to their opposition to slavery. Both Baptists and Methodists moved into the former Quaker meeting house, and a joint revival took place at one point. By 1833 Pine Grove Methodist Church had become the owner of the property. 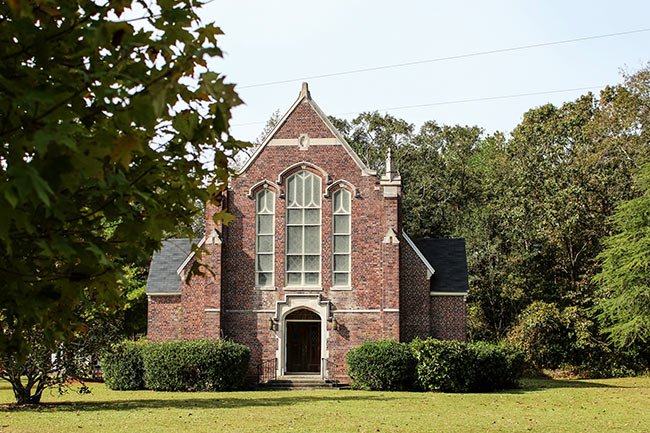 The congregation of Pine Grove Methodist built a newer meeting house in 1857. As early as 1871, the church had begun hosting camp meetings here – week-long revivals of worshipers who gathered to hear an itinerant preacher deliver sermons. This was a common practice in the Methodist tradition and continues to this day. Pine Grove Methodist also operated a school across the street from the church known as Pine Grove Academy. Though that school no longer stands, another school directly across from the church, the Robert Fletcher Memorial School, operated from 1920 until 1985. It has been vacant since then. 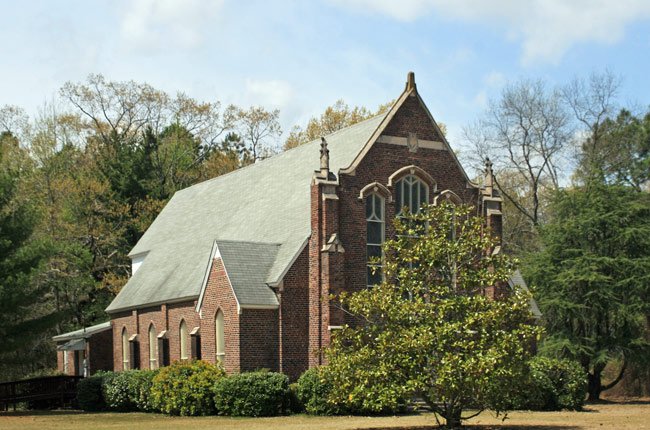 The Gothic Revival brick edifice that now houses the historic Pine Grove Methodist congregation was built in 1944 by Henry Dudley Harrall, the same architect who designed the Robert Fletcher Memorial School across the street. It was modeled after the chapel at Duke University in North Carolina. Unlike many new church buildings, it was paid in full by the time construction on it was complete. Pine Grove United Methodist Church continues to serve its congregation in McColl. 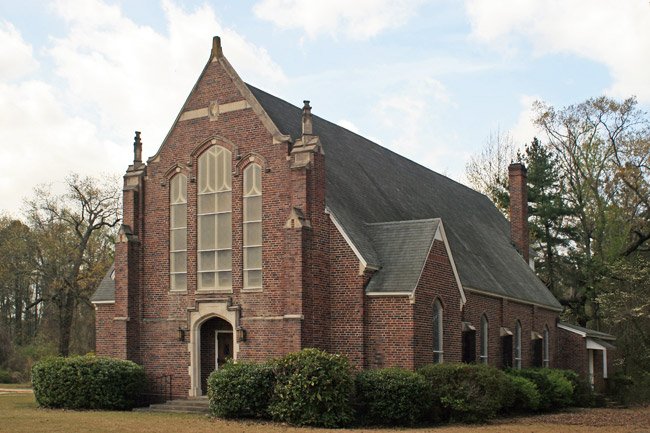