The Calhoun Mill in the McCormick County community of Mount Carmel is comprised of the historic remnants of this once-bustling economic and cultural hub. Though the three-story brick mill on the Little River was built around 1860, records of an operating mill on this property date to the 1770s. This and six other outbuildings plus a concrete dam were once the center of activity in this rural village, as people frequently gathered at the mill to trade goods. As a result, both social and political meetings were often held here into the twentieth century. 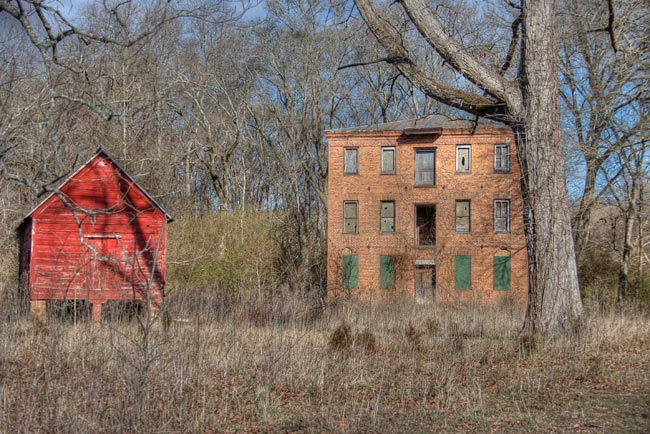 The area surrounding the mill became so popular among locals that a post office operated here from 1822 until 1894. Originally known as Hutchinson’s Mill, records indicate that the business came under the ownership of Colonel Joseph Calhoun, first cousin of United States Senator John C. Calhoun, in 1817. Colonel Calhoun bequeathed the mill to his son, Captain Joseph Calhoun, that year. The property then became known as Calhoun Mill until 1838, when it came under the ownership of Dionysus Rogers. From that point it was known as Rogers and Calhoun Mill until an 1870 Industrial Census listed the property as Rogers Mill. However, it is still referred to as Calhoun Mill, likely due to the notoriety of the Calhoun name. 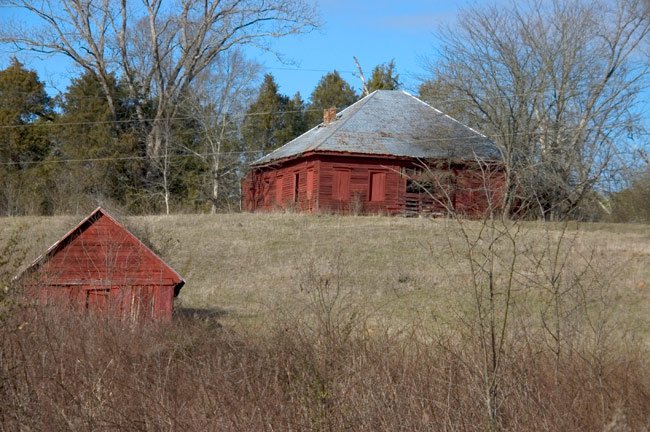 The mill has been owned by several different people since it left the Rogers family in 1876. The mill continued production through the mid-twentieth century, and the dam was converted from wood to concrete around 1915. A grist mill for corn, wheat, and other grains, Calhoun Mill began to close its operations in 1936 and eventually shut down completely by 1954. Today the property, which include the mill, a former operator’s residence, a shed used for storage, a cotton gin, and a smokehouse, is owned my the McAllister family today. 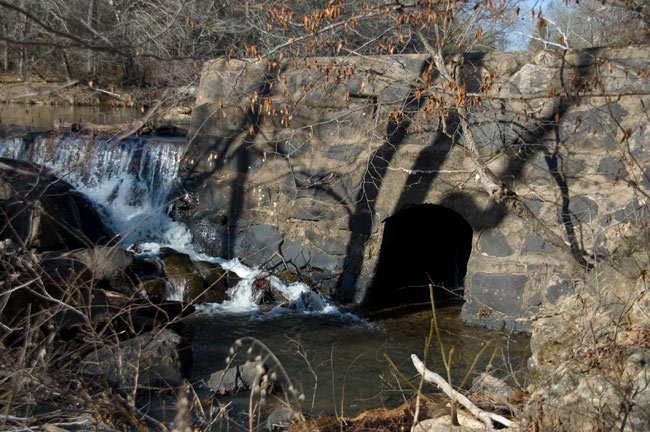 The Calhoun Mill is listed in the National Register, which adds the following details:

(Rogers Mill) Calhoun Mill is a mid-nineteenth century brick building which possesses a high degree of architectural quality, representing a unique and fine example of mill construction. The mill is significant for its brick construction and for its size, containing three full stories and a basement. The usual manner of grist mill construction produced buildings similar to barns which contained no ornamentation and were almost always built of wood. Mills built of brick and stone are rare in all sections of the country; even more unique is the presence of a hipped roof. Decorative elements include a brick water table, small projecting hood on the third-story facade, corbelled brick cornice, and original nine-over-nine and six-over-nine window sashes.

While the present building was constructed ca. 1860, the property included in the nomination has been associated with a mill operation since the 1770s. The mill building, together with six outbuildings (associated sheds and a cotton gin), a race, and a mill dam, are also significant for their impact on the economical, social, and cultural development of this area, which was known by the name of Calhoun’s Mills for many years. Calhoun Mill served as a commercial center for the Mount Carmel area, providing employment and services, and supporting a thriving community of other businesses nearby. The ca. 1860 mill was used for grinding corn, wheat, and other grains. The site served as a popular place for political rallies and social gatherings well into the twentieth century, according to local residents. A post office was located at the mill between 1822 and 1894.