Located in present-day McCormick County, New Bordeaux was the last of seven French Huguenot colonies founded in South Carolina. The stone monument pictured below marks the site of the colony’s original Huguenot church. 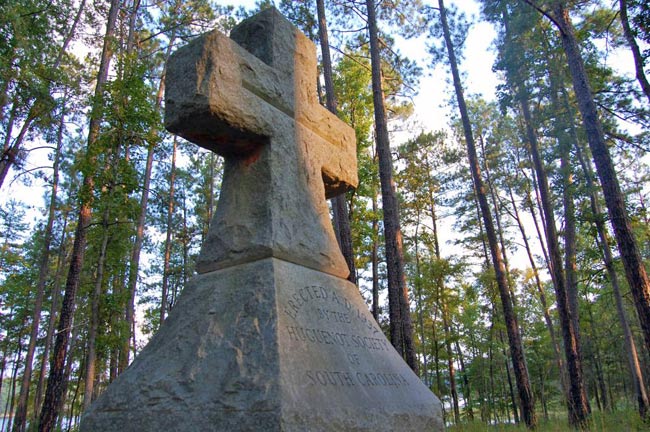 Maxi Farnsworth of Taylors © Do Not Use Without Written Consent

The Huguenots, who fled Europe in search of religious freedom, settled the area – called Hillsborough Township – in 1764 and quickly established a community around the church. The were led by the Reverend Jean Louis Gibert of Lunes, Languedoc, France. Gibert petitioned the Archbishop of Canterbury in 1761, hoping to be granted land for a new colony of Huguenots. Though Gibert wanted land by the Ohio River for growing grapes, he was given land in the upcountry of South Carolina, a region that, despite several Huguenots settlements further south, lacked a Huguenot presence.

Gibert, who established nearby Badwell Plantation, called his settlement New Bordeaux and attempted – unsuccessfully – to grow grapes along the Savannah River. Nonetheless, by 1765 around 300 Huguenots populated the community, and by 1772 nearly 500 Huguenots had moved to New Bordeaux.

The Revolutionary War proved devastating to the town and its fledgling economy. The colonists dispersed in the years after the war, and while the town did not survive, descendants of the original French settlers are still found throughout western South Carolina. Gibert is interred in Badwell Cemetery.