This former freight depot in Branchville stands across the railroad tracks from the old passenger depot, now the Branchville Railroad Shrine and Museum. The railroad junction is the first in the world that was created by splitting a rail, which it did in 1838. While the historic passenger depot was built in 1877, this brick freight depot was constructed around 1911 for the Southern Railroad. It primarily transported agricultural goods such a cotton to the Charleston ports. 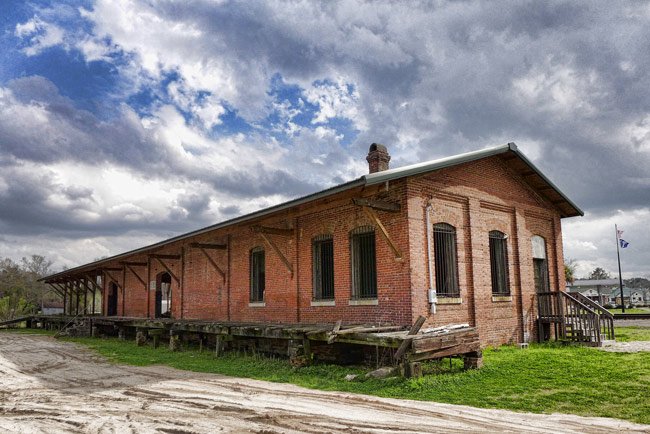 The depot has sat vacant for decades and was scheduled to be torn down in the early 2000s. However, residents of Branchville were so impassioned about the depot that they threatened to chain themselves to the brick building before allowing it to be demolished. The town bought the depot from Norfolk Southern Railroad, and in 2006 the town received $95,000 from the State Budget and Control Board to repair the roof. The town continues to search for funding to restore and preserve the freight depot. 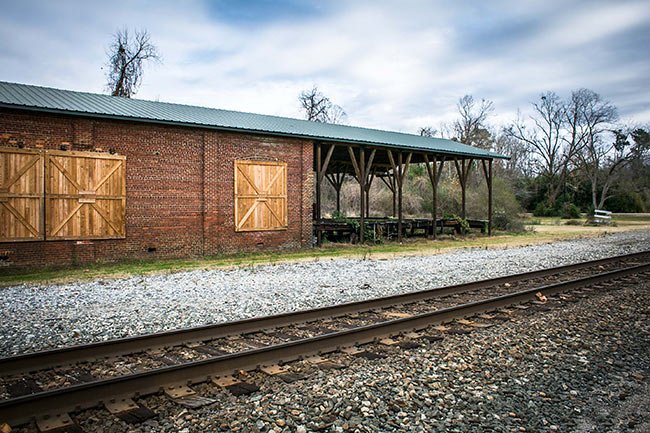