This twentieth-century brick structure is the fifth courthouse to serve the residents of Orangeburg County. The first was built in 1772 on the block where Orangeburg‘s Bull, Broughton, and Henley Streets now intersect. It was destroyed in 1781 by British Troops during the Revolutionary War, though a second courthouse replaced it in 1782 on the same site. 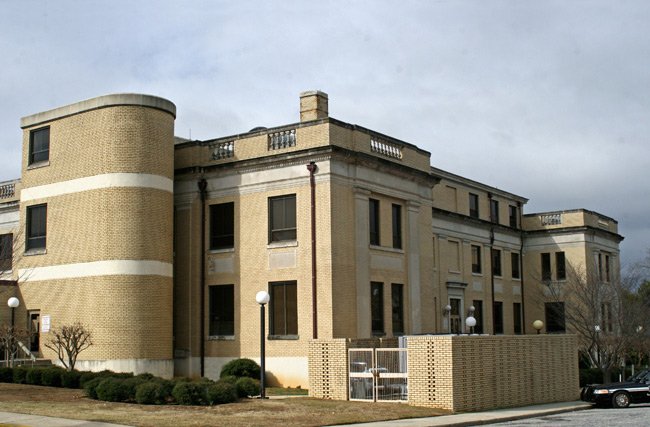 Because the second building was a quick replacement for the first one, another one was built in 1826 on what became known as Courthouse Square. The construction of this third courthouse made the square the new center of town. However, that building was destroyed in 1865 by Union troops during the Civil War. Trials were then temporarily held over a store owned by Captain J. A. Hamilton until a fourth courthouse was built in 1875 on the same site as the third. Yet as Orangeburg County grew, this building was deemed too small to accommodate its many people and hearings. Therefore a fifth courthouse was built between 1927 and 1929 at a different location – the site of the former Trinity United Methodist Church – and remains the Orangeburg County Courthouse to this day. The prior courthouse was razed, and the property was turned into a park and renamed Memorial Plaza.