The old Orangeburg County Jail, also called the “Pink Palace,” was built in 1860. It was designed by Charleston architects Edward C. Jones and Francis D. Lee. Union General William Sherman made the jail his headquarters during the occupation of Orangeburg in 1865 during the Civil War. 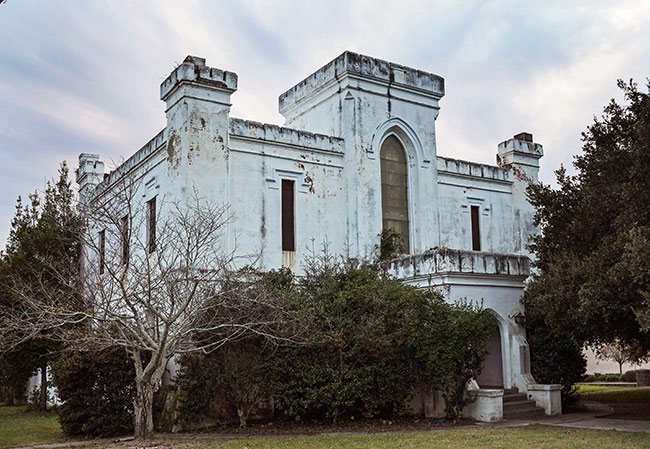 When the Union soldiers finally left the city, Sherman set the building on fire. Luckily, the jail was only partially destroyed by the fire and was repaired in 1867 by John Lucas, the contractor who built the jail. 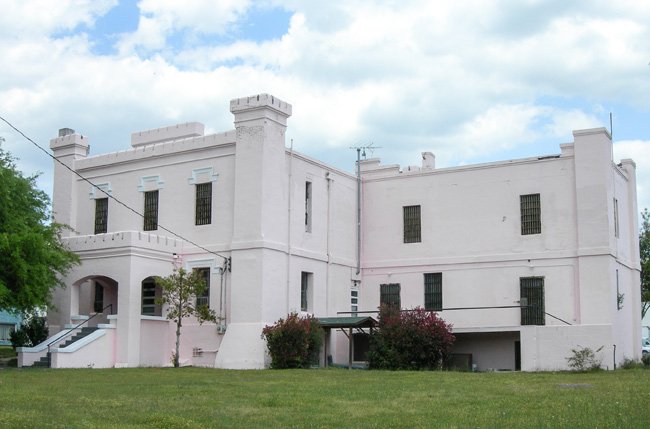 In 1921 it was remodeled and used as the official county jail until 1976. It received its nickname in the 1950s when Margaret Williams, the wife of then-South Carolina Senator Marshall Williams, suggested it be painted her favorite color – pale pink. 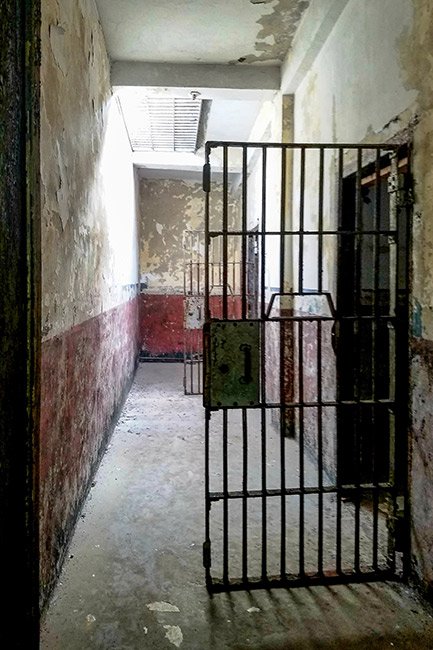 The Orangeburg City Council purchased the building from the county for a dollar in 1984 for use as a museum and repainted the Pink Palace a neutral off-white. By 1989 the city was leasing part of the building and leasing parking spaces to earn more revenue for the museum. In 1995 the city sold the old jail to James M. Guthrie, III and John Townsend Sifly. They then leased part of the property to First National Bank for use as a parking lot. Today the building remains vacant. 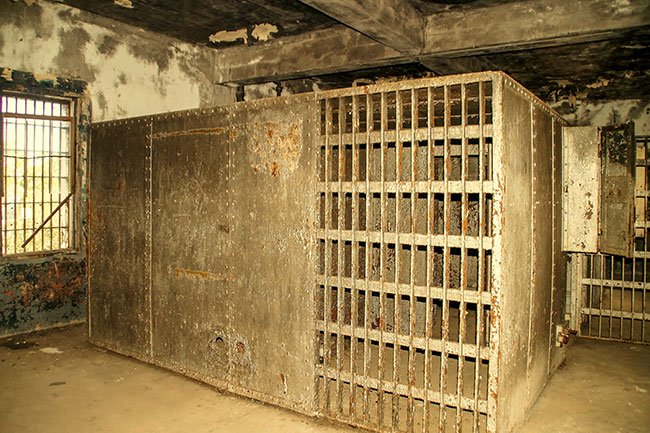 The Old Orangeburg County Jail is listed in the National Register:

(The Pink Palace) The Orangeburg County Jail is one of the rare examples in South Carolina of Gothic castellated architecture. The fortress-like style is uniquely suited to the building’s primary function of confining prisoners. The Orangeburg County Jail was designed in 1857 by the prominent Charleston architectural firm of Edward C. Jones and Francis D. Lee. The architects drew on the 1840s English tradition of designing penal institution in a neo-Gothic style. Builder John Lucas, a local architect from England, completed the jail in 1860. After General William T. Sherman’s troops burned the building in February 1865, Lucas was commissioned for repairs, restoring the exterior to its original appearance. The two-story rectangular structure has a five brick thick foundation gradually sloping into two brick thick walls. The exterior is covered with cement, a technique originally intended to give the effect of stone. The building’s horizontal lines are emphasized by a continuous stringcourse, the projecting foundation, and the continuous crenellations while its vertical lines are emphasized by the corner turrets, windows, and the main tower. The jail’s dominant central tower was the site of executions by hanging.

Painter Jerry Bridgers says: “The building is impressive and this painting depicts the stormy period of history where a jail would be a focal point of the emotions.”

Jerry Bridgers, 2010 © Do Not Use Without Written Consent