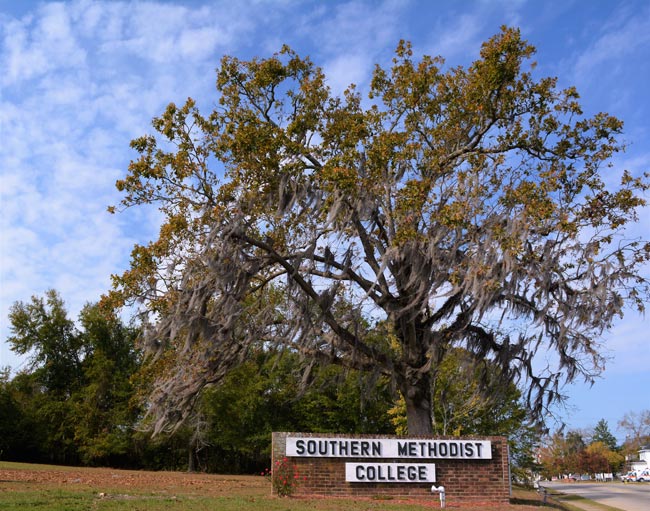 David Shull of Elloree, 2016 © Do Not Use Without Written Consent

The college initially opened in Greenville before relocating to the historic home known as Banksia in Aiken in 1958. The college then moved again in 1961 when Harriett Adden gave her home in Orangeburg (below) and 22 acres of surrounding property to the Southern Methodist Church. The home was built by Harriett Adden’s husband, Frederick, as a wedding gift to her. While the Adden home served as the campus’s first building, several others were added over the years, including a gymnasium, a library, and a dormitory. The college also continued to acquire property, including the neighboring Luther Adden home and an additional 19 acres of land in 1982. 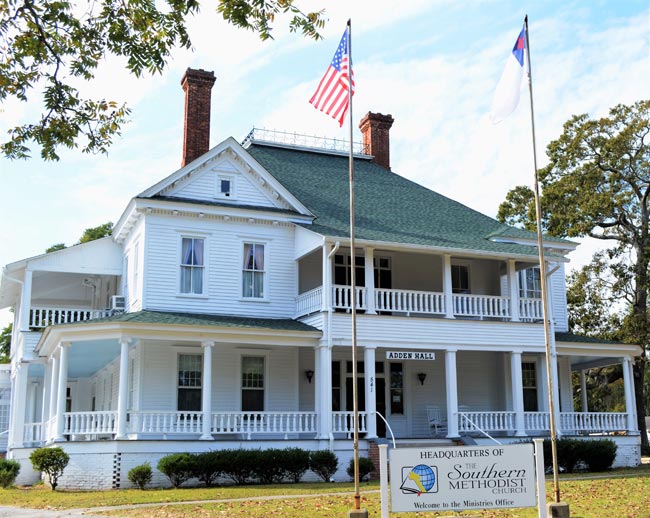 David Shull of Elloree, 2016 © Do Not Use Without Written Consent

In March of 2016 the school elected to become primarily an online college. The change would come into effect starting in the fall of 2016. The objective of the change was to make the college more financially stable. Some students may still meet on campus for special classes or to observe classes as they are being filmed for online viewing. Other changes to the school include selling and leasing some of its buildings. The Adden House will remain the headquarters of the Southern Methodist Church.

Jan Ewart of Georgetown, a frequent contributor in our Facebook group, shared the following:

“Mrs.Harriet Adden was the original owner of this home off Broughton Street. Her husband, Frederick, built it for her as a wedding gift. The house was the first thing she saw when she got off the train. My great aunt was a companion to her in her latter years. She was blind, widowed and childless. She had a pet parrot that outlived her and he had free run of the estate. She enjoyed the company of children, so on several occasions, we were invited to visit. We were so impressed with the mansion and the life of the “rich”. One time, we took her a Hardee’s hamburger and she thought it was just delicious. She was a great storyteller. We gathered around her chair and she told us the story of Thumbelina. I was spellbound. Sometimes I would sit in her lap. She wore her hair in a French twist. What impressed me the most was her hair color. I told her she had the most lovely color of BLUE hair. She was mortified and we were sent home early that day. I meant that sincerely, but got scolded for upsetting her! She left her estate to the Southern Methodist church as you explained. Just thought you might find this additional information interesting. She was a real person with a big heart.”