The Golden Creek Mill is located in the small upstate town of Easley, just east of Greenville. Today’s Golden Creek Mill, which is one of the prettiest stops along the South Carolina National Heritage Corridor, is actually a replica of the original mill built in the early 1800s. 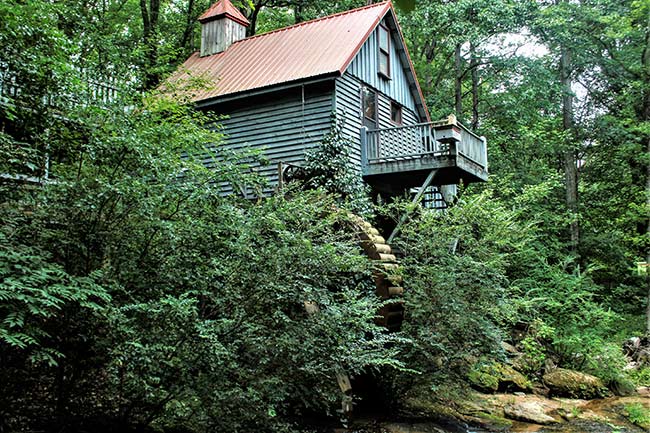 The original mill was built in 1815 by William O’Dell and served as a testament to the ingenuity of that century. The mill produced cornmeal, grits, flour, cotton, and even ice cream – all without the aid of electricity! For over 110 years, the mill was powered solely by the water in Golden Creek. 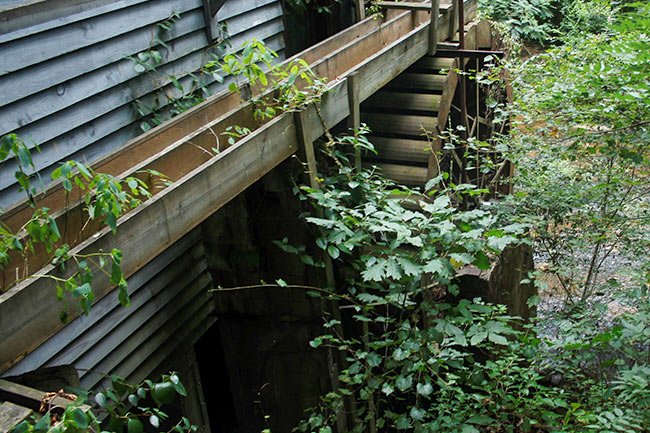 Golden Creek Mill was originally designed as a grist mill, but in 1835 a cotton gin and press were added. Later, in the 1900s, an ice plant was introduced. Several elders in the area still fondly remember the ice cream made with that ice. 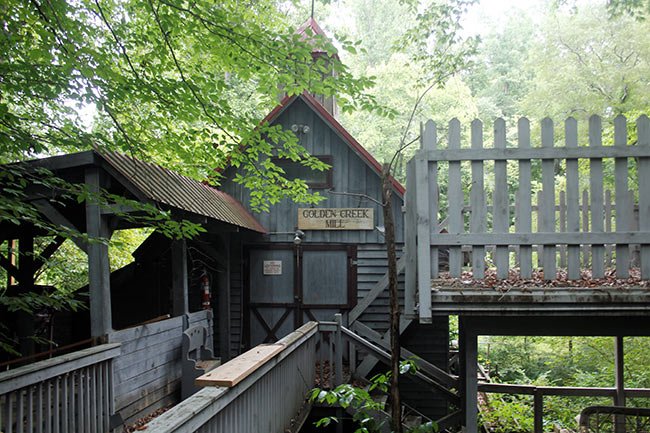 The twentieth century brought industrialization, and the mill eventually fell into disrepair. In 1985, Joyce and Leroy Stewart bought the land across the creek and built a replica of the abandoned mill. They brought in antique equipment from all over the country and even imported an old grindstone from Denmark. The Stewarts have stayed true to their model, as today’s Golden Creek Mill is one of the only mills in the country still using hemp ropes instead of gears. However, the mill sits on private property. 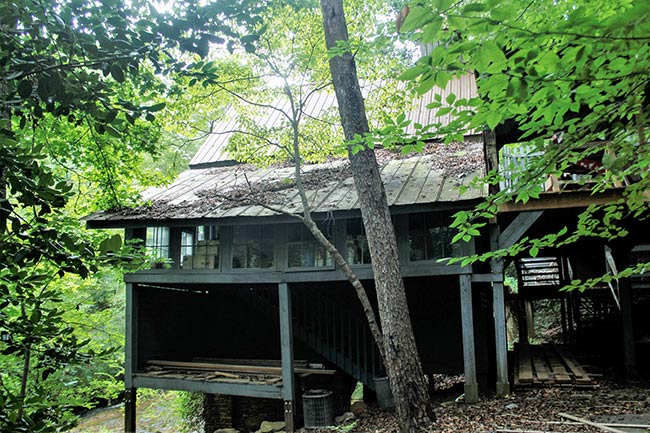