Todd Creek Falls is tucked away near the small town of Six Mile. Even though it isn’t a well-known South Carolina waterfall, these falls offer a popular picnic spot for Pickens County residents. They drop 15 to 20 feet and splash into a refreshing plunge pool. 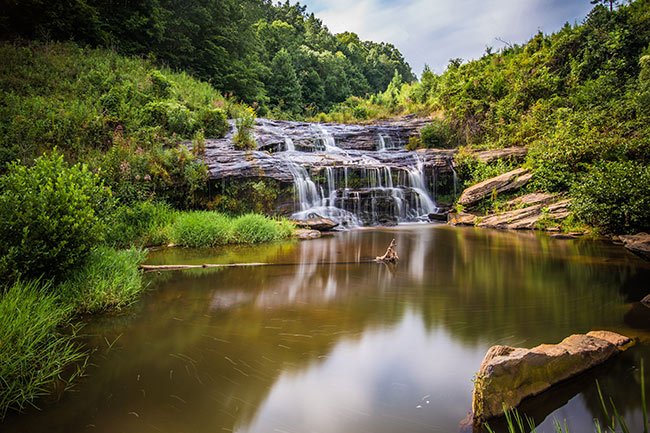 Michael Ragusa of North Myrtle Beach, 2018 © Do Not Use Without Written Consent

An easy, half-mile hike along Todd Creek will get you to the waterfall. Todd Creek Falls are located in the Clemson Experimental Forest; they are jointly owned by Clemson University and Duke Energy.

Michael Ragusa of North Myrtle Beach, 2018 © Do Not Use Without Written Consent

The rapids along Todd Creek between Brookbend Road and Lake Hartwell are classified as Class IV+ on the International Scale of River Difficulty created by the American Whitewater Association. Class IV is defined as “intense, powerful but predictable rapids requiring precise boat handling in turbulent water.” The best time to paddle the creek is during March when the rainfall is the highest. 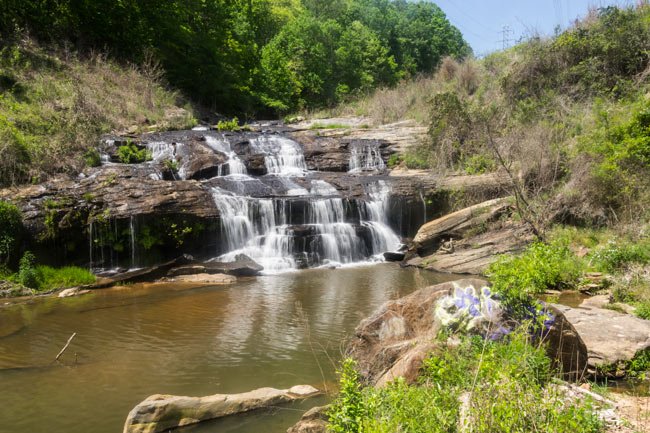 Jesse Richardson of Brevard, North Carolina set out to find Todd Creek Falls after seeing it in a book. He captured this shot in May 2009 and says, “This fall is truly a rare gem. It doesn’t look as though many people know about it, as it isn’t exactly in an obvious location for a waterfall. It’s definitely worth the short hike, and the pool is deep enough for a short dip. This is no doubt one of the best hidden falls in the area.” 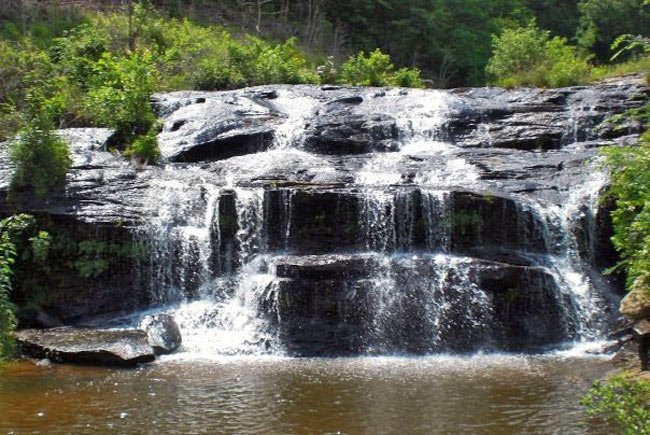 Jesse Richardson of Brevard, NC, 2009 © Do Not Use Without Written Consent