According to the thesis paper, A Survey of the Geographic, Economic, and Social Aspects of the Elementary Schools Contributing to the Pickens High School District, written by Katie Hendricks of Furman University in 1947, the Wolf Creek School in rural Pickens County operated from at least 1894. Historic photos show the school in operation until at least 1952. 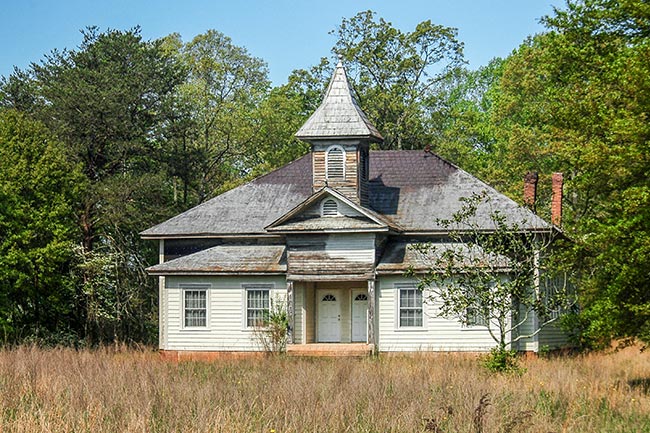 B.A. Allgood is listed as the school’s teacher in 1894 and as principal from 1899 through 1900 and again in 1901. According to Hendricks’ thesis, the school “was a three-teacher, seven-grade, 54-pupil rural school in 1947. The school was located on a hard surfaced road, had running water, electric lights, and wire covered windows. In the primary room, the teacher used a science center and a reading center. The playground was good and provided each child with plenty of space for recreation.” 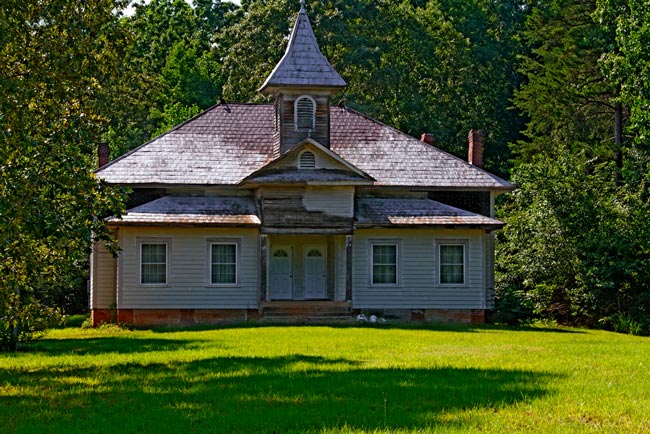 We would love any further information on the Wolf Creek School. If you have any stories about the school you would like to share with the South Carolina Picture Project, please send them!