This asymmetrical brick building in the Richland County community of Eau Claire was built in 1914 as a publishing house by Lutheran minister Walton H. Greever. It became home to the nationally-circulated weekly publication American Lutheran Survey until 1928. 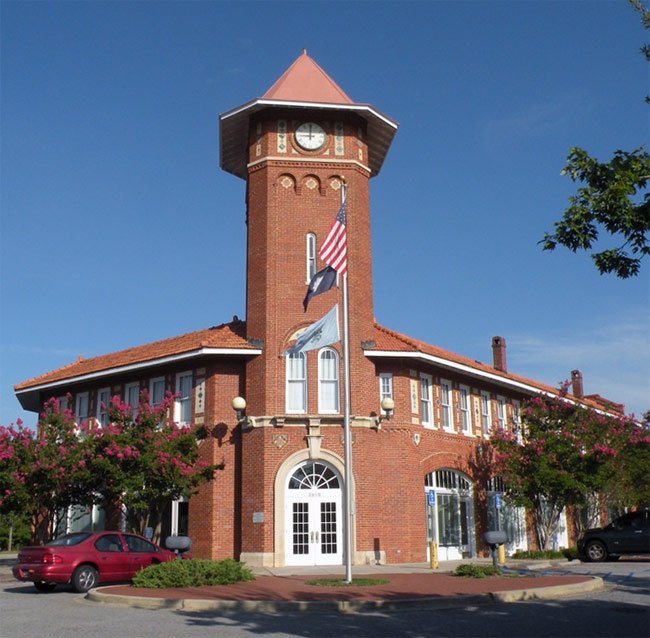 Shortly after this building was completed, the Survey Publishing Company printing plant, seen below, was added to the property. Its decorative tiles complement those seen in the main building. Contributor Paul Armstrong sent the following information about the history of Eau Claire’s Town Hall:

The Eau Claire Town Hall moved out of the Survey Building in 1940 as their lease expired on February 28 of that year. They used a wooden building at 4005 Monticello Road until their new building on the corner of Monticello and Jackson was completed in January 1941. This new Town Hall building was sold by the City of Columbia in 1957 after Eau Claire was annexed in 1955. Interestingly enough, it was sold to Walton H. Greever, Jr. That building, a white painted brick structure, is still standing at the corner of Monticello Road and Jackson Avenue. [See “Eau Claire Occupies New City Building”, The Columbia Record, January 10, 1941, page 8.] 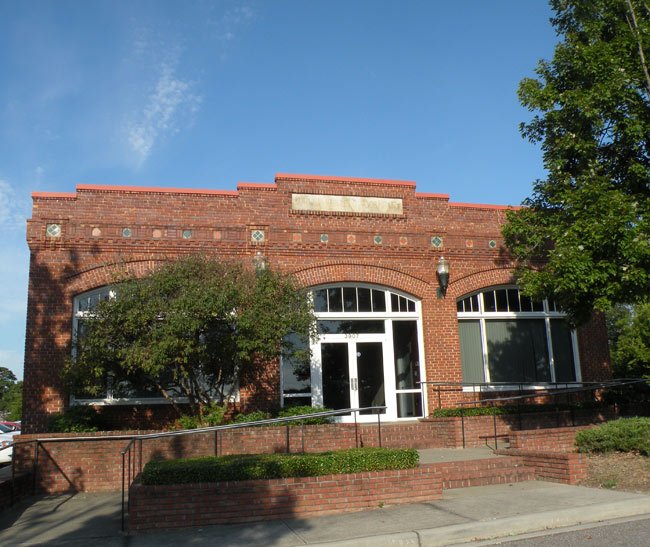 The Eau Claire Town Hall is listed in the National Register, which says the following:

Under construction from 1912 to 1914, the Eau Claire Town Hall served until 1928 as offices for the American Lutheran Survey, a weekly publication with national circulation. Walton H. Greever, a Lutheran minister who edited the Survey, was responsible for having the building constructed. Greever, who also taught at the nearby Lutheran Seminary, developed much of the Eau Claire section. After the Survey folded in 1928, the building served as the seat of government for the Town of Eau Claire until 1955 when Eau Claire merged with the City of Columbia.

Designed by J. Carroll Johnson of the firm of Urquhart and Johnson of Columbia, the structure is a distinctive early twentieth century commercial building with use of decorative concrete and tile, a four-story tower, and an asymmetrical plan to fit the shape of the lot. The first floor features segmentally arched bays: five each on the east and west sides and two on the south side. Corners on the south side of the building, and on the tower, are canted. The building has wide overhanging eaves, wooden brackets, and a tile roof. The original tile roof of the tower has been replaced with tin. Constructed shortly after completion of the Town Hall building, the Survey Publishing Company Building housed a printing plant. A one-story brick building, it has many of the decorative features of the larger building.