Sitting near the entrance of the iconic Horseshoe at the University of South Carolina, Lieber College was built in 1837 as a faculty residence. Around a century later, the university discontinued faculty housing, and the building housed offices and classrooms. Today it serves as the office for Undergraduate Admissions. The building was named for Francis Lieber, a distinguished history and political science professor and founder of the Encyclopedia Americana. Lieber occupied the building as a faculty member until he left the school in 1855 for Columbia University in New York. He was a nationally-renowned scholar who brought attention to the university through his books and publications, many of which were written in this building. Lieber was also an outspoken abolitionist. 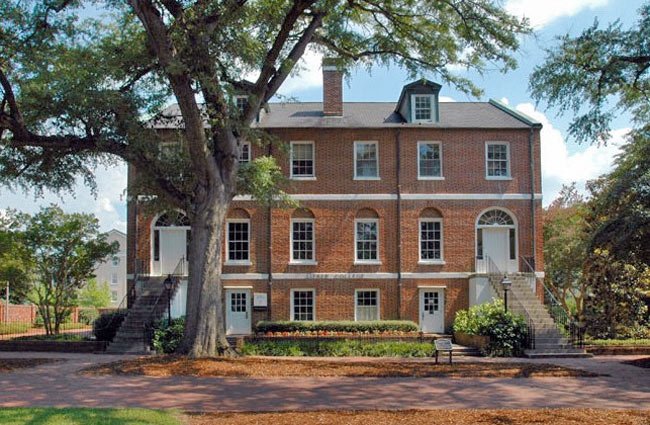 The Lieber College building was also the residence of the University’s first African-American professor, Richard T. Greener. Greener taught philosophy and served as a librarian at the university from 1873 through 1877. During his time as a faculty member, he also attained his law degree from the University of South Carolina School of Law. When the Reconstruction period ended in 1877, Greener left to serve as dean of the Law School of Howard University, a historically black college in Washington, D.C. In addition to being the first black professor of the University of South Carolina, he was also the first black graduate of Harvard University. 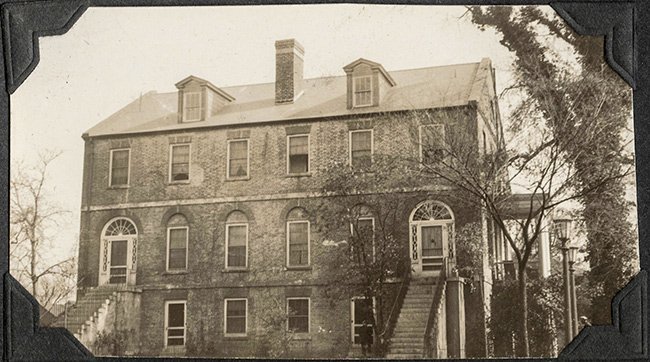 The Lieber Building is listed in the National Register as part of the University of South Carolina Old Historic District:

(University of South Carolina Historic District) Chartered in 1801 as South Carolina College, opened 1805, and re-chartered as University of South Carolina in 1865, the institution reflects the ambitions and fortunes of the state. A tree-shaded quadrangle centers the Old Campus District. The buildings bordering the quadrangle present balanced grouping and harmony of design, austere simplicity of early Republican architecture. A brick wall erected in 1835 surrounds them. Landmarks include Rutledge College (ca. 1805) and Maxcy Monument (ca. 1827), both designed by Robert Mills; DeSaussure College (1809), designed by Edward Clark; South Caroliniana Library (ca.1840), the oldest separate college library building in the United States; and the Gymnasium, designed by Jacob Graves in 1855 as a chapel. There are over twenty other contributing campus institutional buildings and numerous contributing landscape features.