This red schoolhouse of shiplap weatherboard stands in Eastover across from St. Phillip AME Church. Named for the church, an early benefactor of the school, the first schoolhouse was built next door to the church in 1915 for area black students. It served the community until 1929. Richland County School District 9 purchased four acres of land across the street from the church in the early 1930s. Soon afterwards, this schoolhouse was erected in 1938. Where students met in the years between 1929 and 1938 is unclear. 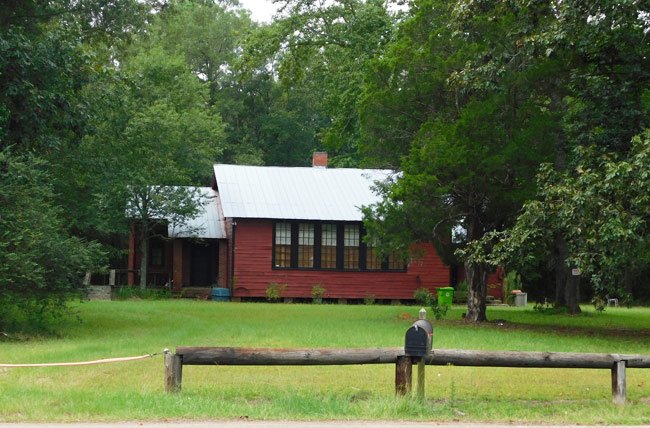 By 1939 the building was a three-teacher schoolhouse and was open until 1959. It was built in an effort to equalize black schools with white schools during the era of segregation; the attempted equalization of segregated schools was a conscientious effort by the South Carolina Board of Education to stave off integration following accurate claims that black schools, particularly in rural communities, were inferior to white schools. For example, in 1930 Richland County spent $71.71 per white student and $13.69 per black student. 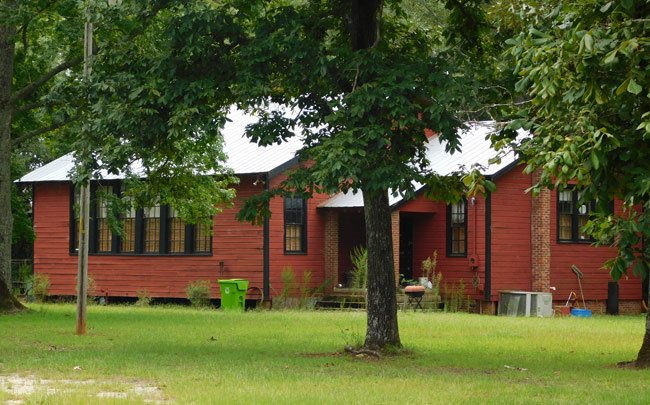 New schools such as St. Phillip were built according to architectural plans approved by the state. The building contains a large central classroom flanked with two wings, which were likely used as coatrooms. The central room was divided into three classrooms with rolling partitions, and indoor bathrooms were added in the early 1950s; prior to the addition of indoor plumbing, outdoor privies adjacent to the woods were used. The school closed when public schools consolidated. Today the school building is privately owned.

St. Phillip School is listed in the National Register:

St. Phillip School was built in 1938 as a rural African American school. It is significant as a property associated with the general development of South Carolina public education for blacks from ca. 1895 to 1954, and as an example of type of rural school building approved by the State Board of Education in the early- to mid-twentieth century to provide “separate but equal” facilities for white and black schoolchildren. It is a one-story, three room school clad in shiplap weatherboard and standing on brick piers. The building has a standing seam metal roof and three brick flues. Two flanking wings each contain a small room and an entrance protected by an extended porch roof supported by brick pillars. The school takes its name from St. Phillip African Methodist Episcopal Church, which stands directly across McCords Ferry Road from the school. The first school building was constructed next to St. Phillip Church in 1915 and stood until 1929. The present building was built shortly after the four-acre lot was purchased by Richland County School District 9. By 1939, St. Phillip School was a three-teacher school valued at $4,500. The school closed in 1959.