These brick archways are all that remain of Zion Episcopal Church in Eastover, a community named for its proximity to the Congaree River (being just “east over” the river). It evolved out of a congregation that began worshiping in the chapel at Middleburg Plantation around 1820. According to an inscription at the ruins, Zion Episcopal Church officially formed in 1846. However, other records indicate it may have formed as early as 1842. 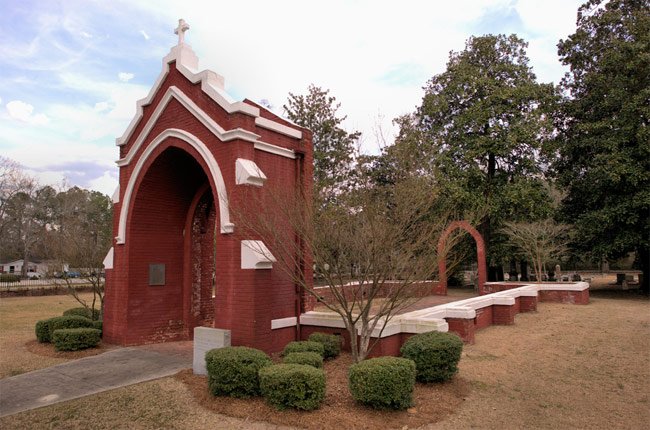 The remaining arches are from the second church building on this site, constructed in 1911. Sadly, the building burned on Good Friday in 1992. However, the cemetery is intact, and a record of people interred at Zion Episcopal Cemetery has been kept. 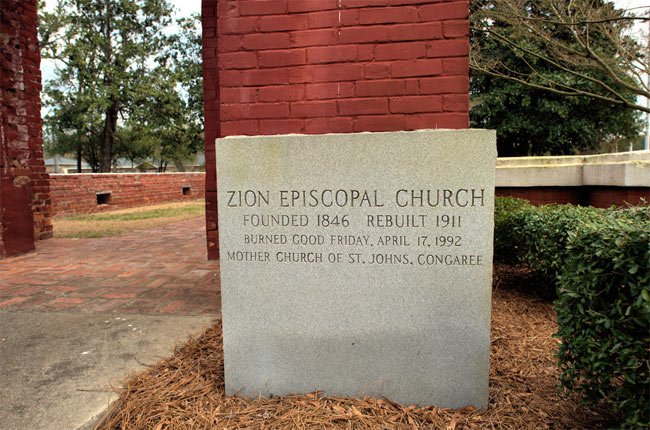 The Gothic Revival building was designed by Columbia architect James Hagood Sams. Upon the consecration of Zion Episcopal Church in November of 1911, Bishop William Alexander Guerry called the church “one of the most churchly and beautiful in the diocese.” Sams was both a member and the architect of the Church of the Good Shepherd on Blanding Street in Columbia. 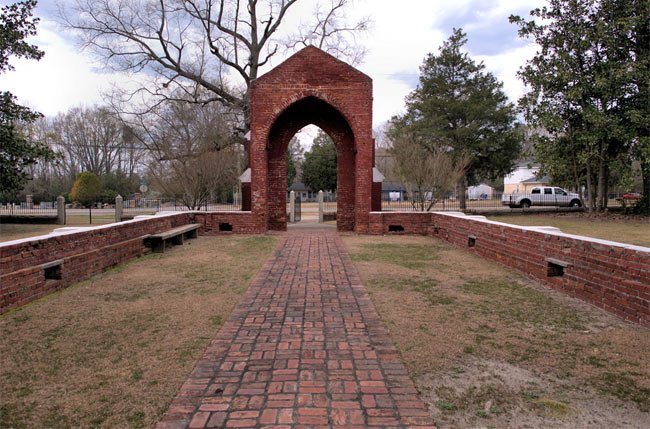