This 28,675-acre forest along the Santee River sits adjacent to Poinsett State Park in Sumter County, though portions of the acreage extend into neighboring Clarendon County as well. The land was acquired by the federal government in the early 1930s as part of the Resettlement Administration, a program aimed at relocating families who lived on overworked land. 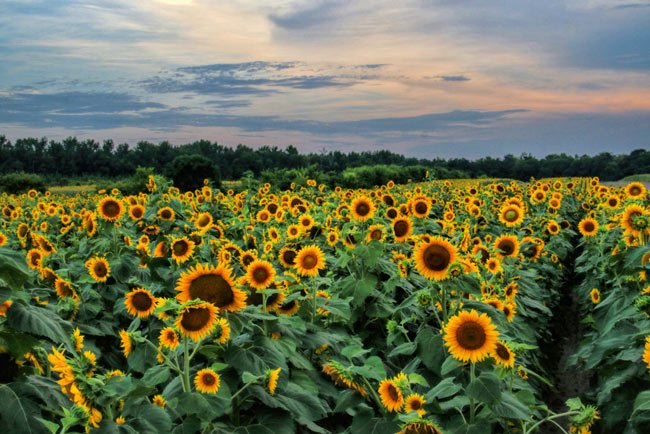 The government would then rehabilitate the barren land, which had been farmed or timbered to the point of depletion. Shortly after obtaining this acreage in Wedgefield, the Civilian Conservation Corps – a work relief program of the New Deal which employed laborers to help develop and nourish public lands – began to restore it by planting new stands of trees. Before harvesting timber in these new stands, plans would be made to establish subsequent stands, making the timber harvest sustainable. The CCC also created lakes, trails, and roads in the future state forest.

The federal government leased the land to the State of South Carolina from 1939 until 1955. The South Carolina Forestry Commission managed the land, then known as Poinsett State Forest. In 1955 the title of the land was transferred to the state with the stipulation that it be managed for public use while maintained as a natural resource. Since then, wardens have planted crops to provide food and shelter for game animals and other wildlife in order to increase once-dwindling populations. The state also practices prescribed burns, which reduce the threat of uncontrolled forest fires by eliminating natural fuel sources from the forest floor. Such burns encourage the growth of seed-bearing plants favored by many forest birds. Manual thinning of the underbrush allows for healthier growth of larger trees, while the cleared vegetation can be used for pulp products.

About 500 acres of the forest are leased annually to local farmers. Another 8,000 acres are leased to Shaw Air Force Base. The forest is also a place of recreation, with both hunting and fishing allowed with the appropriate permits. Hiking and equestrian trails wind through the vast forest, and even a portion of the Palmetto Trail passes through the tract.

Manchester State Forest bears historical significance, as much of the land is comprised of two former plantations: Bellefield (not to be confused with Bellefield in Hobcaw Barony) and Melrose. The grand house from Milford Plantation stands on the border of the Manchester Forest. The house of former Governor Richard Manning, III on Bellefield was converted as forest headquarters when the federal government first acquired the property.

The forest is named for the lost town of Manchester that once stood on these lands. The town thrived in the mid-nineteenth century due to its proximity to the Santee River, which allowed navigation to the coastal cities. Manchester died with the advent of railroads.