When Scots-Irish immigrants settled in Williamsburgh District (now Williamsburg County) in the early eighteenth century, they wasted no time establishing Presbyterian churches. As a result, the denomination became, well, dominant, and few other sects were organized in this area until the mid-nineteenth century. The lone exception was Methodism, which began to take root in less-populated portions of the Pee Dee as early as the 1820s. 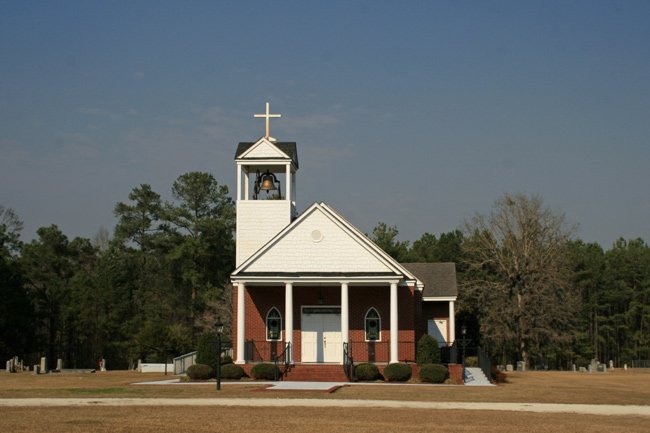 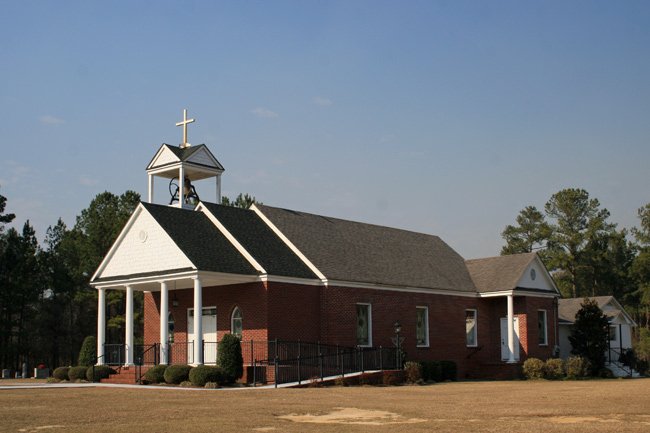 Methodist camp meetings, where people who otherwise had no access to a church gathered in rural areas to listen to circuit-riding preachers, were common events in the South during the early days of Methodism in the United States. Such camp meetings were held on this church’s property from 1825 to around 1860, as the meeting house was too small to house such a large event. In 1884 the meeting house was replaced with another frame building, which served the congregation until the middle of the twentieth century. It was torn down to erect the current brick church in 1953.