St. Stephen’s Episcopal Church, located in the rural Berkeley County town of St. Stephen, is one of only 125 colonial churches of the Episcopal faith still open for regular services in the United States. 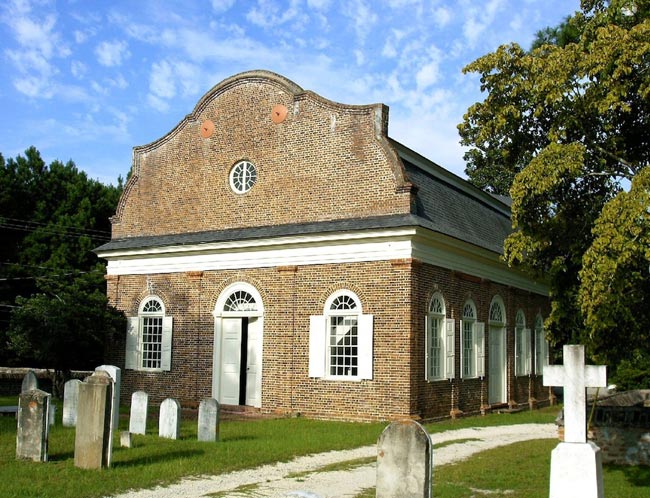 Elizabeth Carroll of St. Stephen, 2009 © Do Not Use Without Written Consent

The view above, taken from the southwestern side of the surrounding churchyard cemetery, gives visitors their first glimpse of the church. As you follow the dirt road, your eyes focus on double doors, slightly ajar, inviting you in for a closer examination. St. Stephen’s is a fine example of a small Georgian country chapel. Standing in stately simplicity for over 245 years, it is truly a treasure for our state. 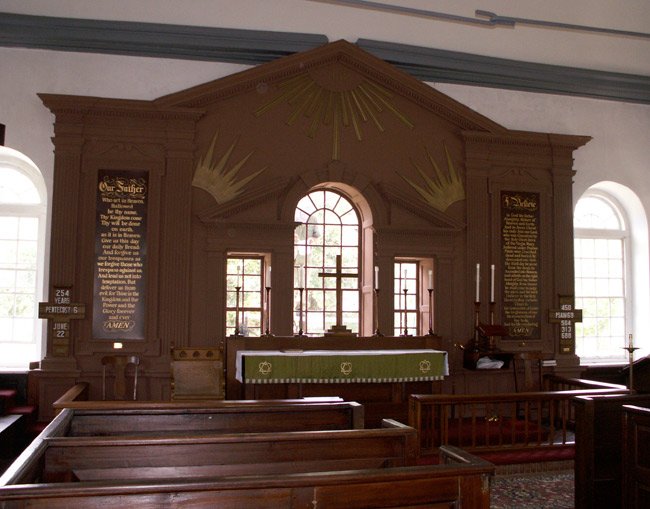 Don Fraser of Seneca, 2008 © Do Not Use Without Written Consent

The church originally served St. Stephen’s parish, formed in 1754 from St. James, Santee. The first church in the new parish was constructed of wood and soon deteriorated. By 1767, it had been replaced by this brick edifice. Below is the original church key, displayed within the historic sanctuary. 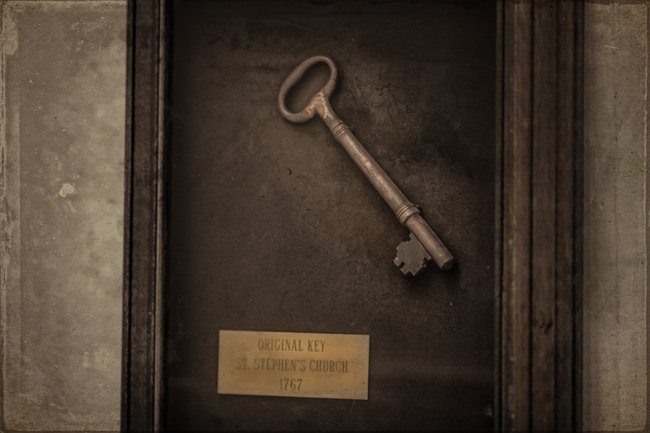 Though some records, including the National Register, credit Francis Villepontoux and A. Howard for supplying the bricks, the parish records for St. Stephen Episcopal Church, compiled by Jane Searles Misenhelter, list Charles Cantey as the maker of the bricks. The records indicate that 150,000 bricks were ordered from Mr. Cantey after two additional suppliers were rejected. (Thanks to David Dubose of Summerville for contributing this info, as well as a copy of the applicable page of Ms. Misenhelter’s parish records.) 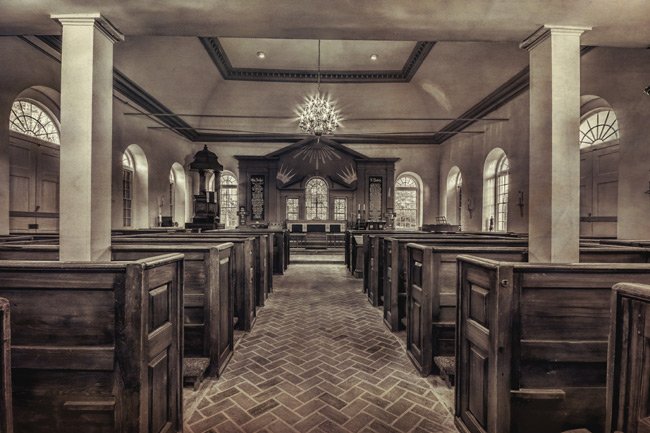 The brother of General Francis Marion, Marion’s nephew, and many of his comrades played roles in the construction of St Stephen’s. Although there is no written record to verify this, it is probably safe to assume that General Marion himself worshiped here occasionally. 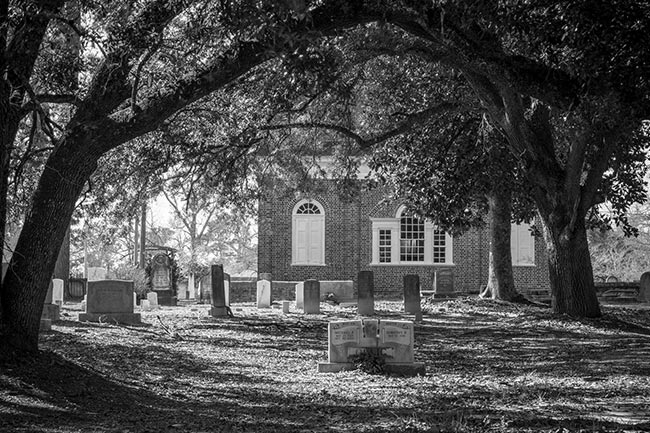 Regular services were discontinued in 1808, though the building was maintained and repaired twice during the nineteenth century. This attention to the church building allowed services to easily resume in 1932. The cedar pulpit seen below is said to have been modeled from the one in St. Michael’s Episcopal Church in downtown Charleston. 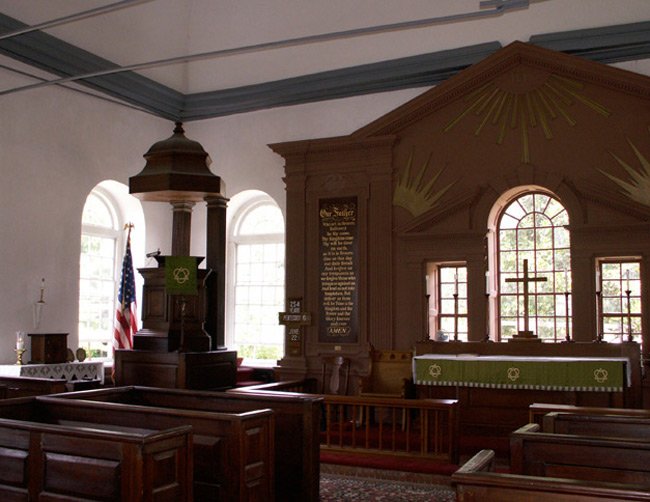 Don Fraser of Seneca, 2008 © Do Not Use Without Written Consent

St. Stephen’s Church, erected in 1767-1769, is an excellent and well-preserved example of a small Georgian brick country parish church constructed on a rectangular plan. The structure exhibits unusual architectural pretensions, because it includes a high gambrel roof with Jacobean curvilinear gables, exterior Doric pilasters, and an ornamented tray ceiling.

In order to incorporate an ornamented tray ceiling, the high gambrel roof used here is uncommonly heavy and the Palladian window over the altar is too small. The walls are laid in Flemish bond. Doors and windows have fanlights above and are topped by segmental brick arches. Francis Villepontoux and A. Howard provided the brick and acted as architects; William Axson was the master mason. The initials of these men are cut into the brickwork. St. Stephen’s was incorporated in 1788 and regular services were discontinued in 1808. Twice, however, the building was repaired during the 19th century and thus saved from destruction. In 1932 the church was again reopened for regular worship. Listed in the National Register April 15, 1970. 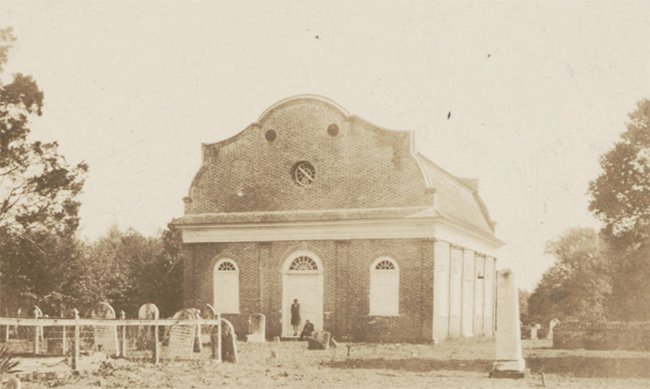 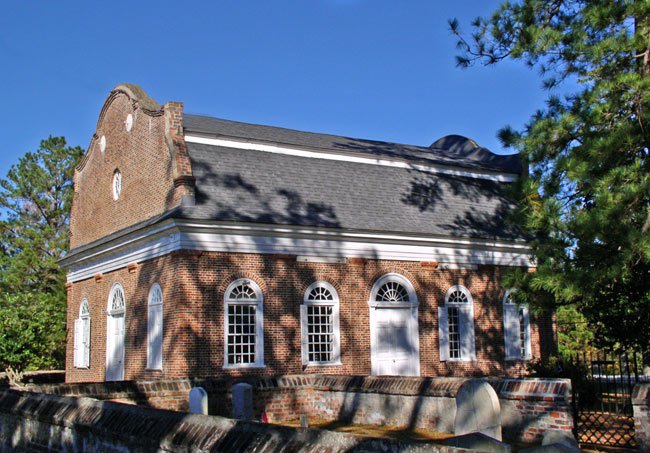 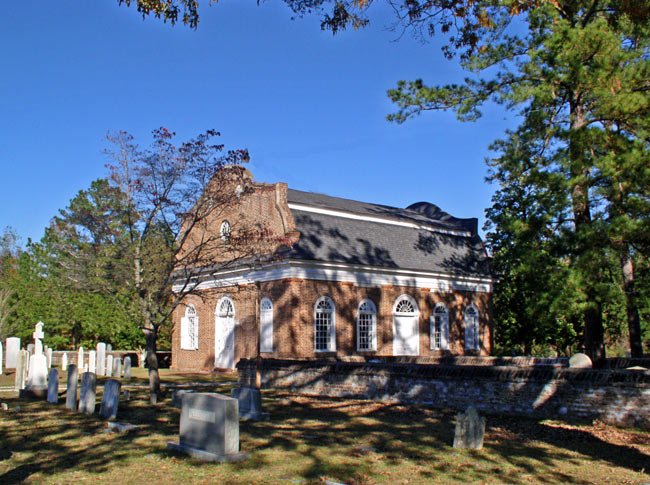