This stately edifice towers over York, its bell – comprised of 500 Mexican silver dollars – pealing across in the city’s historic district. The unusual bell was given to the church by Mr. William Latta, one of the Good Shepherd’s original members, upon the church’s dedication in 1855. He also donated the first musical instrument to be sounded in a York church – a melodean. Early Episcopal families who came to the area in the early-to-mid nineteenth century laid the foundations for the beautiful church that continues to serve the York community. 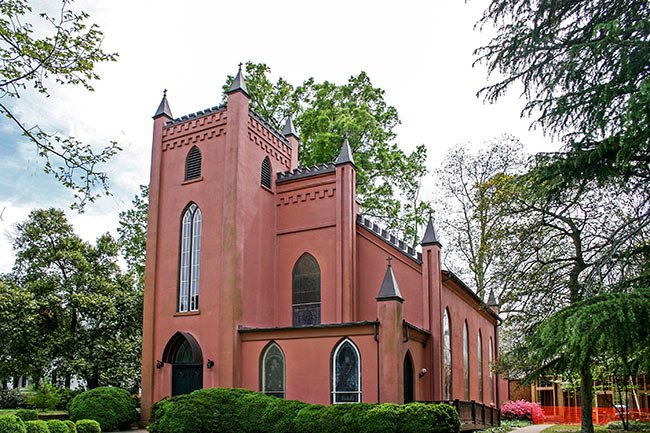 Many of the original families in this area were Scots-Irish Presbyterians who had established a church here. Yet a small number of Anglicans (later Episcopalians) families came to York from England in the mid-nineteenth century and had no place to worship. They wanted to worship in their tradition, and Bishop Gadsden of Charleston sent missionaries to the area to assist in leading services for these families. Bishop Gadsden himself led Anglican services in York in 1849, utilizing the Presbyterian church.

Over the following three years services were led by Dr. John DeWitt McCullough and conducted in the local Methodist church or in the courthouse. By this time two other English families had settled here – the Corkills and the Roses – who joined the other English Anglican families to form a small congregation. 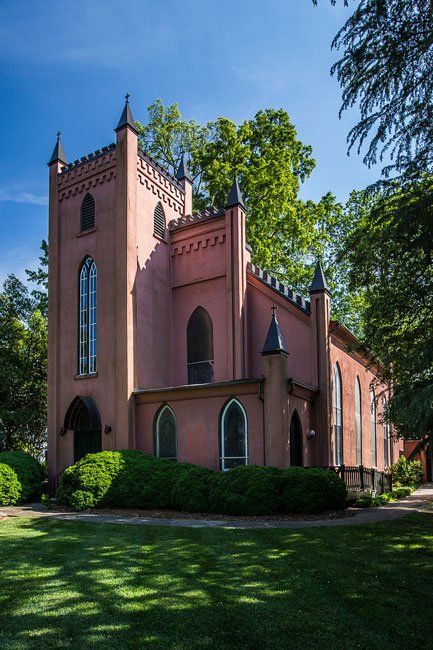 Beginning in 1852 fundraising efforts led by the Reverend Henry Elwell, a missionary to York, allowed the burgeoning congregation to begin construction on a sanctuary. In 1855 the church was completed, and James Gibson acted as its first permanent rector. When the Civil War broke out a few years later, throngs of Episcopalians from the Charleston area came to York for safety, taking refuge within the homes of the gracious members of Good Shepherd. Yet, like most places, the effects of the war drove many church members to establish lives elsewhere when it ended. The membership of Good Shepherd declined significantly following the war. The church continued, however, and eventually the number of parishioners grew. 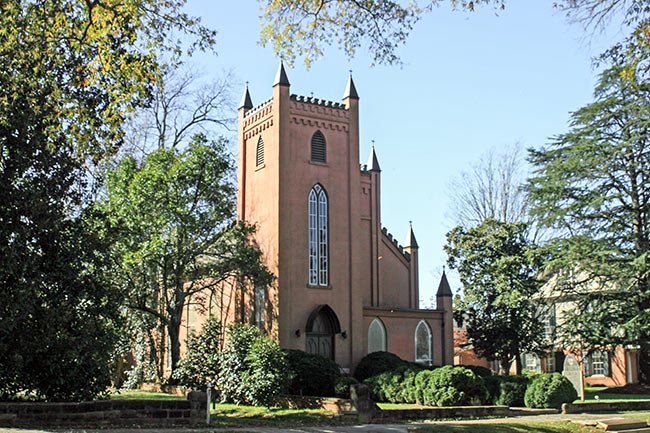 A local school called Kings Mountain Military Academy, started by early Good Shepherd members Asbury Coward and Micah Jenkins in 1855, closed at the end of the nineteenth century. The closure allowed the church to establish the Episcopal Church Home for Children in its place. The Episcopal Church Home for Children was an orphanage formerly located in Charleston, begun in 1850. By the time it moved to York in 1909, it had outgrown its space and welcomed the move. The organization is now called York Place and is supported by the Episcopal Diocese of South Carolina. York Place provides support services to children and families.

Good Shepherd Episcopal Church is listed in the National Register as part of the York Historic District, which says the following about the area:

The York Historic District consists of approximately 180 contributing properties located in the significant downtown commercial and residential areas of the town of York. Although there are numerous structures from the early settlement of the town, the majority were constructed in the late 19th and early 20th centuries. Established as the county seat, York has continuously served as a political center for York County. In 1785, the South Carolina Legislature enacted the establishment of York County. A centrally located site called Fergus Crossroads was chosen to be the county seat and became known as Yorkville. The name was shortened to York in 1915. The town incorporated in 1841.

At the eve of the Civil War, York had the second highest per capita income in the state and considered itself to be “the Charleston of the Upcountry.” During Reconstruction, York became a major center for Ku Klux Klan activities, and as a result, Federal troops were stationed in the town. The early 1890s saw the beginning of the growth of the textile industry in York and the presence of Cannon Mills and Spring Mills had a large effect of the town’s growing economic prosperity. Today, the York Historic District’s visual appearance is primarily that of a nineteenth and early twentieth century town. The District includes commercial, residential, religious, and industrial structures. Reflective of the different eras of the town’s development, these structures show a diversity of architectural forms, including Greek Revival, Gothic Revival, Italianate, Classical Revival, Victorian, Commercial, and Bungalow. 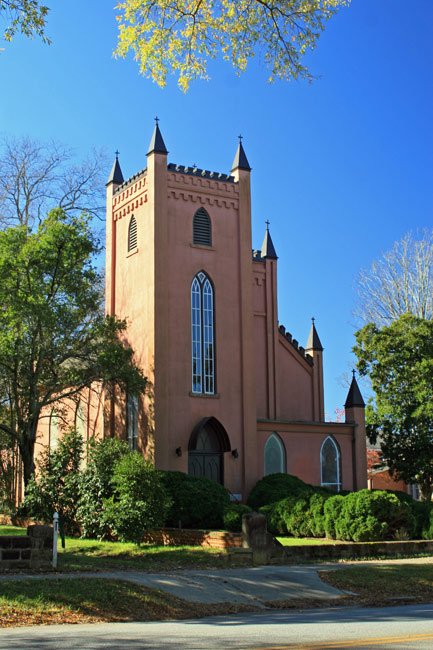