Jefferson Davis Park is a public park located next to the Burt-Stark Mansion in Abbeville. A large, Queen Anne-style house owned by Dr. George Rosenberg once stood on the property, seen below. The house was demolished after being purchased by the City of Abbeville during the 1970s. 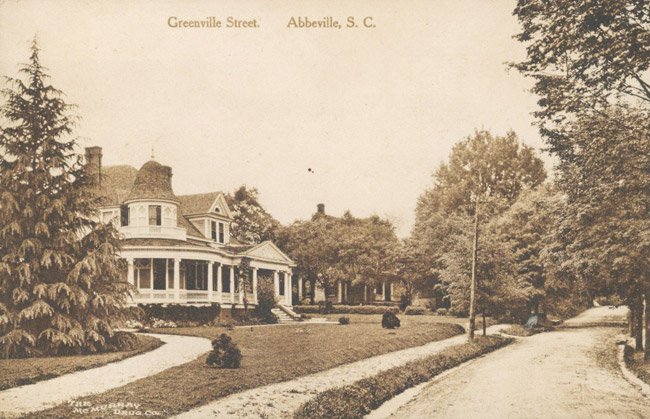 The park is named for Confederate President Jefferson Davis, who is said to have held his last cabinet meeting in the Burt-Stark Mansion prior to being captured by Federal troops near Washington, Georgia, in the final days of the Civil War. 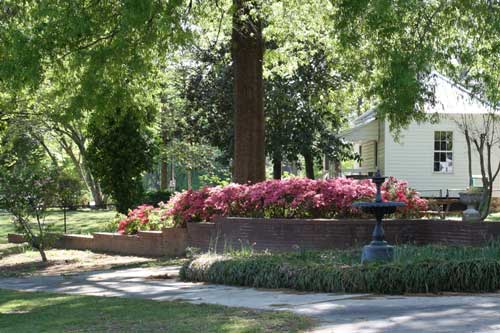 The small white building in the background of this photo was used as a kitchen for the Burt-Stark mansion. It contains a wood-fired brick oven that dates back to the 1830s when the house was built by David Lesley.

SCIWAY thanks Mark Clark, an Abbeville native currently residing in Winnsboro, for submitting this picture and historical information.

Shelley Reid shared this reflection about the home: I went in the house as a boy with my mother. Don’t remember a whole lot about it but it was vacant at the time. I think mom was looking for an old house to renovate but came away with the conclusion the house, at that time, was too far gone. She eventually was able to renovate the Lee-Wright House on North Main. When I think of the many old houses forever lost in Abbeville, this house is among the ones I think about.