The Aiken County Farmers’ Market is a popular shopping and socializing venue in the City of Aiken. Though the current wooden structure was built in 1954, the market has roots that predate this year by a few decades. 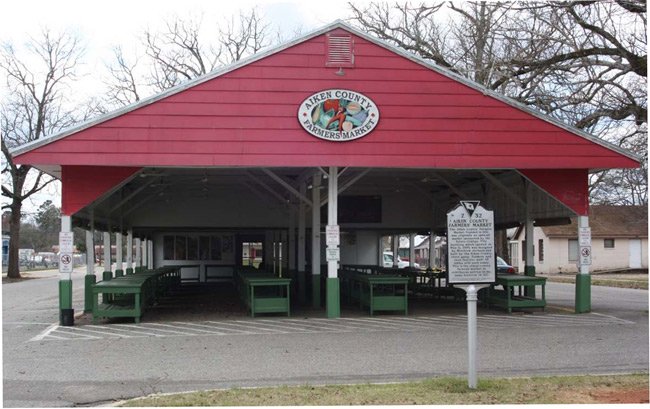 When cotton was king, Williamsburg Street was lined with bales awaiting their turn in the local cotton gin. An open-aired building known as the Aiken Cotton Platform and Scale was a hub where people sold their goods from Friday until Monday. Around that same time, members of the Aiken County Council of Farm Women opened their Club Market on neighboring Newberry Street, selling flowers, fresh produce, and other related products.

Unfortunately, by the 1950s, large corporations were besting the sales of local growers and merchants, and the two markets faced closure. However, the Club Market was relocated to this site, and the current 45-table building was constructed in 1954 with the labor of a chain gang.