All Saints Anglican Church in Aiken was established in 1977 to serve orthodox residents in western South Carolina. Though the congregation is relatively new, many elements of the church are historic. The sanctuary was built in 1945 with a grant from the Upper Diocese of South Carolina for an African-American congregation, St. Augustine’s Episcopal Mission. The church replaced the mission church’s earlier building, established in 1899. That church sat on the corner of Barnwell and Greenville streets. The mission closed in the 1950s, and the building sat vacant until it was purchased by Dr. Robert Lipe and then sold to All Saints in 1977. 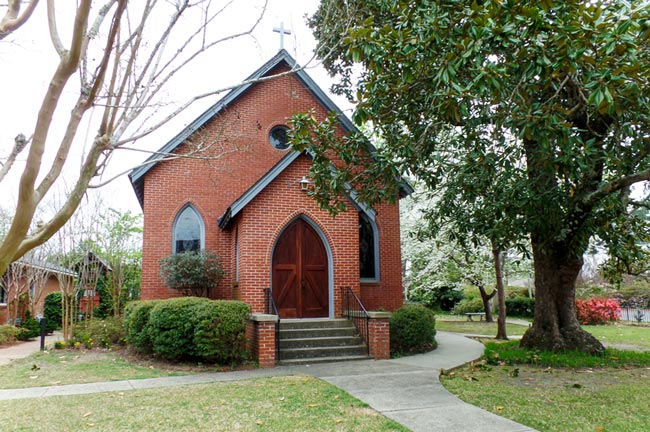 The altar and pulpit date to 1750 and come from the Church of St. Michael in Sandwich, Kent, England. They were used in the church when it was built for St. Augustine’s Episcopal Mission. When the mission church closed, the altar and pulpit were sold. All Saints founding member Nancy Wilds learned that the altar and pulpit were in Savannah, Georgia and purchased them for the new congregation, bringing them back to the edifice where they had previously served for three decades. Wilds also created the stained glass windows that grace the sanctuary, which were added in 1982. The steadfast women of All Saints continued to beautify and improve their new church by laying the brick parking area in front of the building themselves. The brick parking spots resolved the issue of cars becoming embedded in mud during or shortly after a rain. 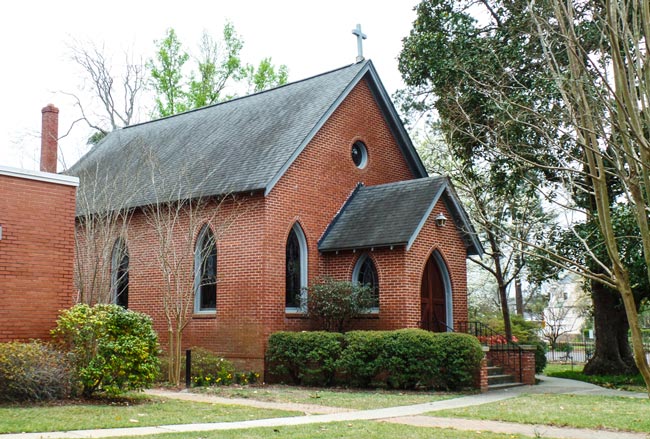 Below is the Fairfield House, an antebellum home built sometime between 1845 and 1850. It sits adjacent to the church and is thought to be one of the oldest homes in Aiken. The building has served many purposes over the decades including as a free school, the home of local barber Alva Carroll, and an art gallery. Today it is owned by All Saints Anglican Church. 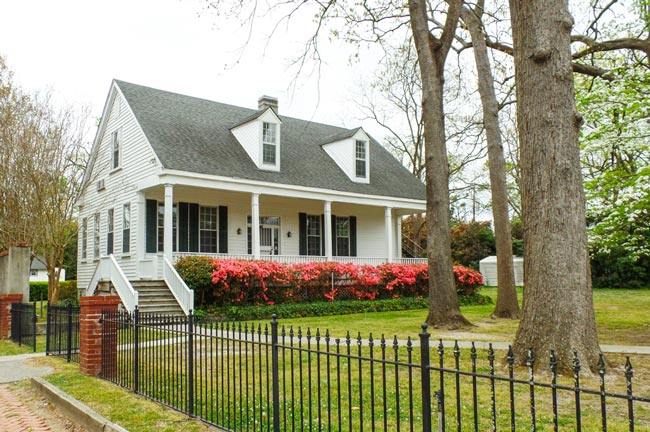 All Saints Anglican Church is a parish of the Anglican Catholic Church Diocese of the South.