First Baptist Church of Aiken is aptly named, as the edifice is not only home to the city’s first Baptist congregation, but the original church was the first constructed in this burgeoning railroad town. The South Carolina Rail Road and Canal Company was incorporated in 1827 with cotton merchant William Aiken named as its first president. In 1828 the area that would become Aiken was designated as a stop along the new railroad company’s Charleston-to-Hamburg line. The railroad company’s goal was to divert shipping via the Savannah River from Savannah, Georgia, to Charleston through the new rail line. The railroad was completed and in operation by 1833, and the new town was named for William Aiken and incorporated in 1835. 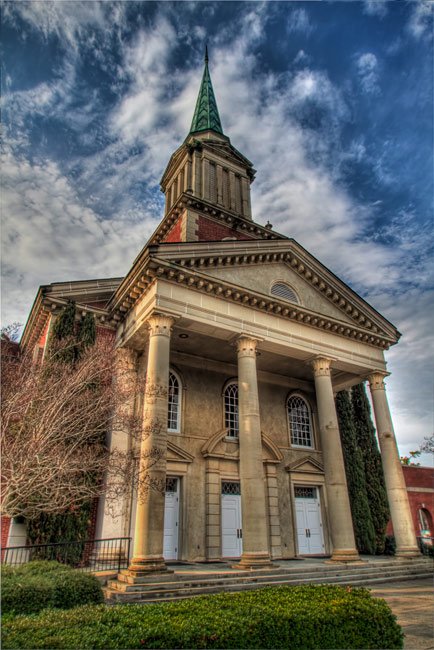 Aiken was laid out in a grid in 1834 by engineers Alfred Dexter and C. O. Pascalis with lots designated for the construction of churches. In 1836 First Baptist Church of Aiken was the first congregation to build a house of worship, constructed on the same block where the church stands today. At that time the church faced Chesterfield Street. The church burned in 1878 and was soon rebuilt. Two other churches followed over the decades: one built in 1919 and another, the present church, completed in 1956 and facing York Street. 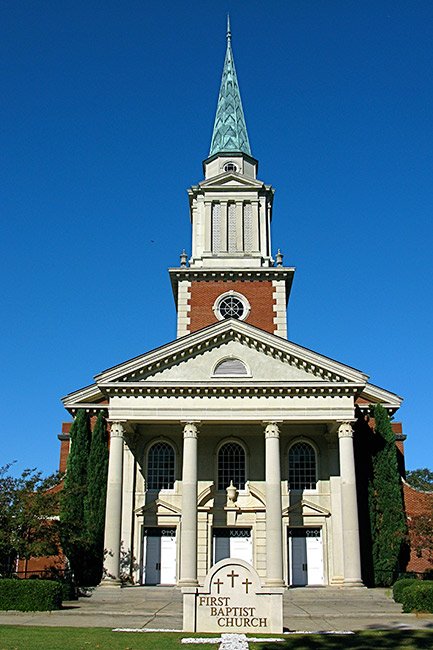