The historic St. Mary Help of Christians Church is located on the corner of Park Avenue and York Street in downtown Aiken. Predating Aiken County, it boasts a remarkable past. It was built as part of the Aiken Missions, which were established in 1853 by the Right Reverend Ignatius Reynolds. At that time, the missions covered Barnwell, Calhoun, Edgefield, Lexington, Orangeburg, and Saluda – an area of nearly 6,500 miles.

The current church was dedicated in 1905 and is the third sanctuary on this site. The first was constructed of clapboard upon brick piers in 1867. The man who led the missions at that time, Bishop Persico, was later appointed Cardinal by Pope Leo XIII. Unfortunately, the first church was toppled by a hurricane in 1878, just 11 years after it was built. The current church stands in the exact footprint of the original.

Also located on the grounds is St. Claire’s Chapel (seen above), which dates to 1879. Previously called the Church of St. Claire of the Holy Cross, it served as this location’s second sanctuary. Mademoiselle Celestine Elizabeth Eustice, the maternal aunt of Thomas Hitchcock, had begun to winter in Aiken. She and her sister were both devoted Catholics, and after the wooden church was demolished by the storm, she hired renowned architect James Renwick, Jr. to design a church of brick. Mr. Renwick hailed from New York and is best remembered for creating St. Patrick’s Cathedral, where masses were held following the deaths of William Buckley, Joe DiMaggio, Robert Kennedy, Babe Ruth, and Ed Sullivan. 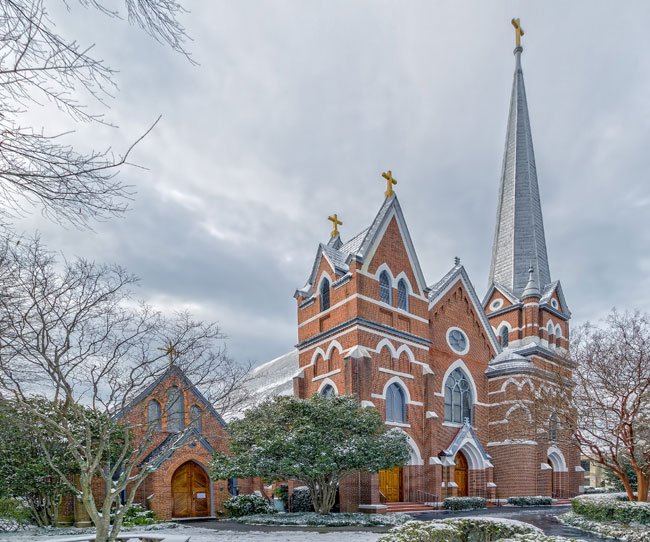 In the first years of the twentieth century, the congregation made plans to build a new, larger church because St. Claire’s had become crowded during the winter months, when wealthy Northerners traveled to Aiken to enjoy its warmer clime. This church, which still stands today, features semi-Gothic architecture and exquisite woodwork. St. Claire’s Chapel is now used only for special functions.

Below are photos from the sanctuary of St. Mary Help of Christians Church: 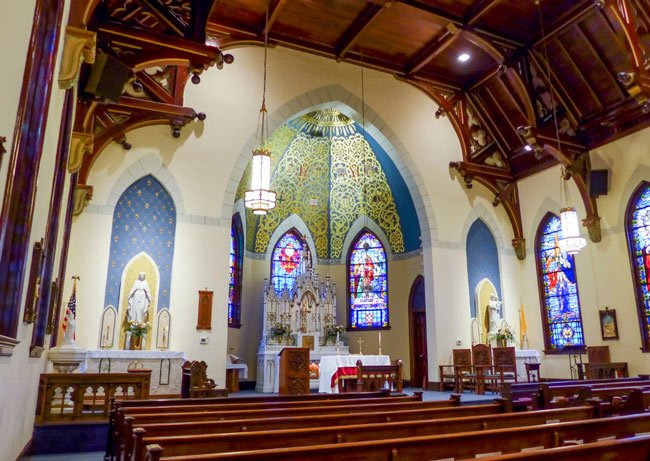 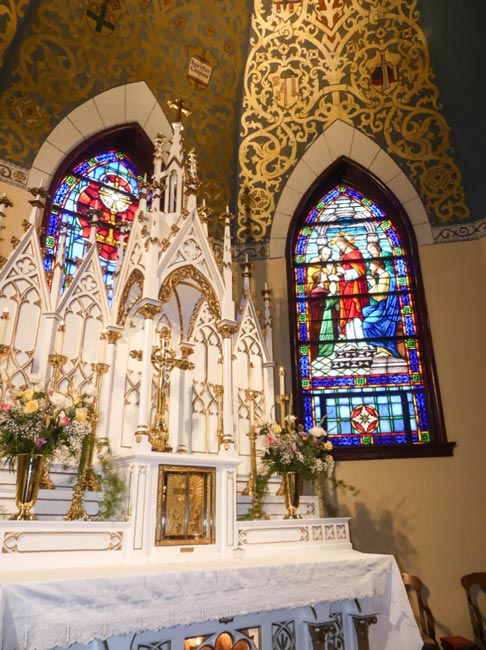 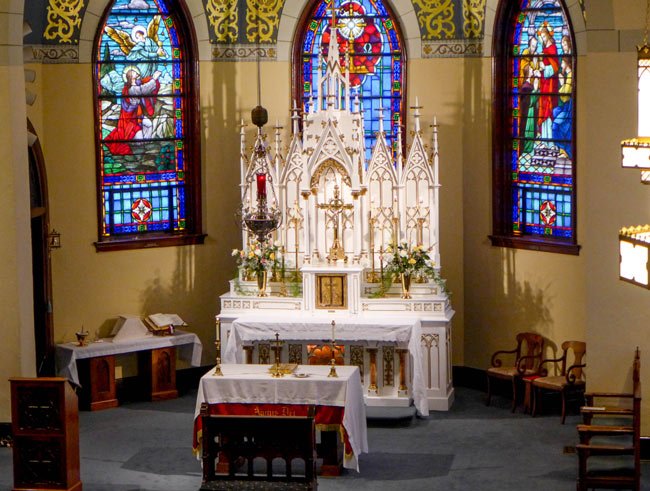 Both St. Mary Help of Christians Church and St. Claire’s Chapel are listed in the National Register:

St. Claire’s Chapel is a significant example of Gothic Revival in the Early English mode. The chapel, with its exposed construction and functional integrity and in its subordination of ornament except as the enrichment of the basic construction of the building, is representative of the Ecclesiological phase of the Gothic Revival, during which strict adherence to historical precedent of English Gothic building was demanded. The exposed brick buttresses on the exterior, the open scissors truss roof, and the original interior woodwork are noteworthy. The Church is representative of the later phases of Gothic Revival design when the harsh requirements of the Ecclesiologists were less influential. The biochromatic exterior of the church and the employment of Florentine arches in the windows and entrances, as well as the apse enframement with its stylized voussoirs, suggest an Italian Gothic influence.