The Charles E. Simons, Jr., United States Court House in Aiken was completed in 1935. Construction of the building began as part of the Public Works Administration, a federal program designed to ameliorate the economic difficulties of the Great Depression. 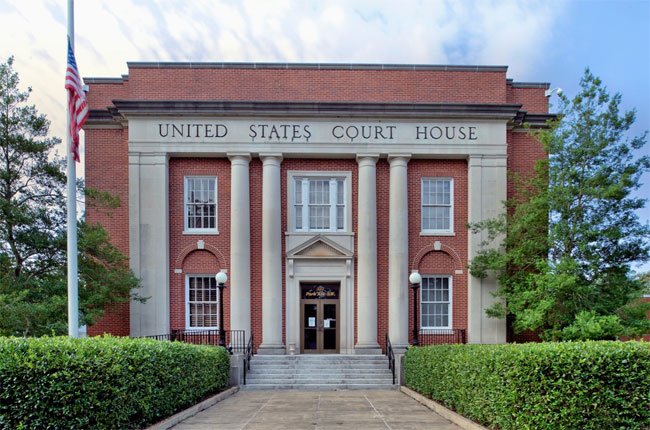 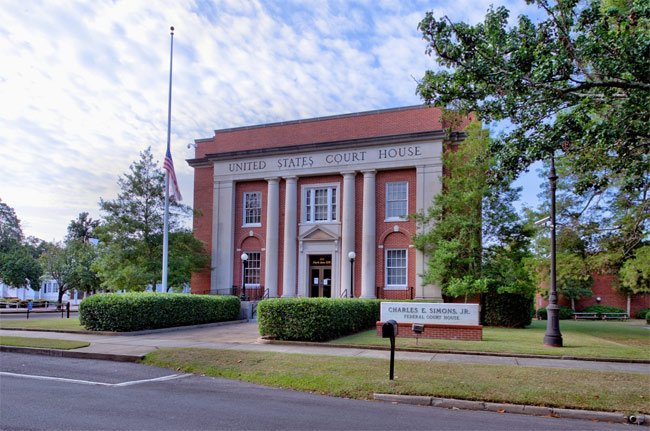 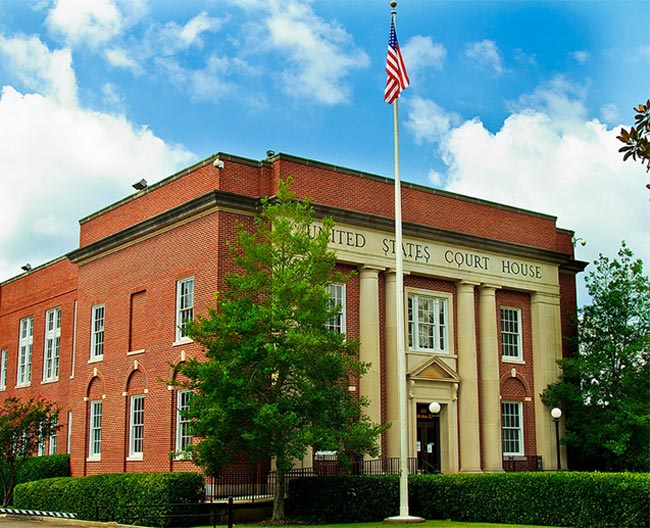 The Georgian Revival building has housed federal courts and agencies since its completion. It was considered for closure in 2012 as a part of federal cost-cutting measures. However, it was spared. It is listed in the National Register:

The Charles E. Simons, Jr., Federal Court House in Aiken is significant for its association with the federal construction programs created to relieve the economic crisis of the Depression Era. The building is an excellent example of a Georgian Revival building, which was not only a popular style for government buildings in smaller towns in the 1920s and 1930s, but also reflected a resurgent national interest in using elements from the Colonial Period as an inspiration for current designs in architecture. The Court House is a two-story brick building with a half basement designed by Columbia architects Lafaye and Lafaye.

Constructed in 1935, the steel-framed building has housed the federal courts and federal agencies since its completion. It is among the most notable buildings constructed in Aiken in the 1930s, and retains much of its historic integrity and design character. The building also contains a ca. 1938 mural titled “Justice as Protector and Avenger” commissioned under the Section of Painting and Sculpture of the U.S. Treasury Department that reflects a growing movement of Social Realism found in American art during the Depression Era. The mural, by Stefan Hirsch, is located behind the judge’s bench and depicts a lady justice as a simply clothed figure in red, white, and blue, alternately protecting the oppressed while prosecuting the evil elements in society.

Visitors to this page may notice that the American flag in the top two photos is flying at half mast. These photos were taken in the days following the Navy Yard shootings in Washington, D.C. on September 16, 2013.