These brick ruins sit nearly forgotten in a patch of woods along the Savannah River in North Augusta. Once the site of two brick kilns and a veneer factory – among other industrial businesses – the wooded area has recently been scrutinized by both the city, which hopes to build a minor league baseball stadium here, and by local residents who oppose the stadium’s construction. Brick Pond Park across the street is a manicured contrast to its littered neighbor, though both are tied to the area’s history of pottery and brick making. 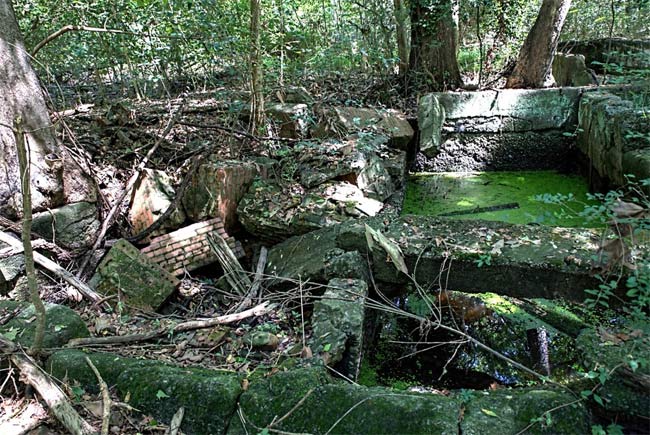 The red clay that comprises the soil in the middle western part of our state was excavated for the making of bricks and pottery from the late nineteenth century through the mid-twentieth century. In fact, the ponds of Brick Pond Park were created by the quarrying of clay for use in the brick factories across the street as well as for use in jugs made for the North Augusta Dispensary and other practical pottery items. The dispensary, which sold liquor from 1907 until Prohibition, was well-known and patronized by locals as well as Georgians from across the 13th Street bridge. The Georgia counties across the river were dry, and the dispensary benefited from their neighbors’ business. 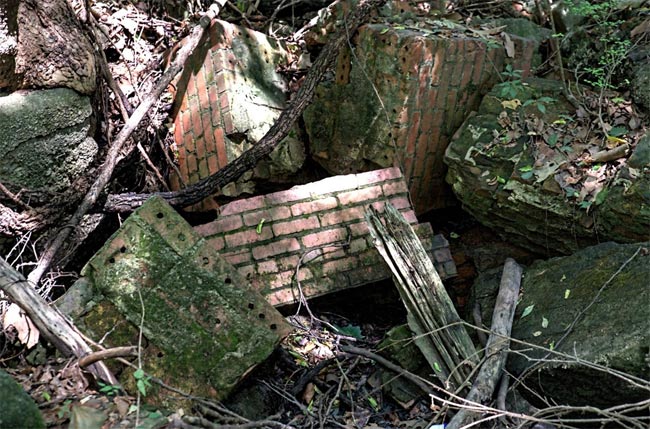 Aiken County was once part of Edgefield District (now Edgefield County), known for its famous Edgefield pottery. The abundance of clay found in the district as well as the use of an alkaline glaze made for pottery that was distinguished in its form and style. A pottery mill, pictured below, was once in use by local potters, including Mark Baynham, Jr., a fourth-generation potter in the area. 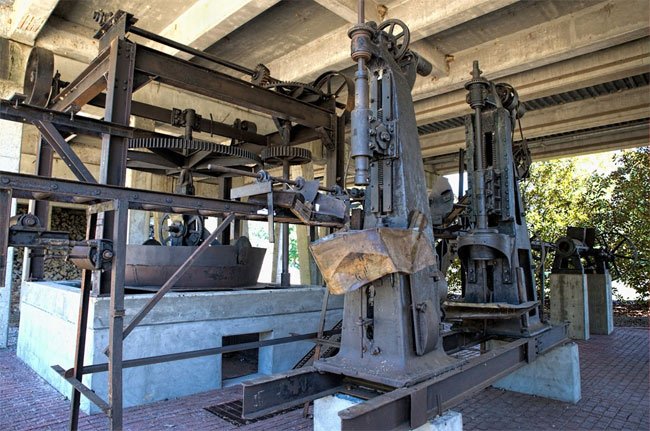 The mill belonged to South Carolina Pottery, begun by an ancestor of Baynham – also called Mark Baynham – in 1924 (some accounts state that he established it earlier). He rebuilt the mill after flooding – common along the Savannah River – destroyed the first one. After Baynum’s death in 1937, two of his sons made flower pots and gardenware at South Carolina Pottery throughout the mid-twentieth century. 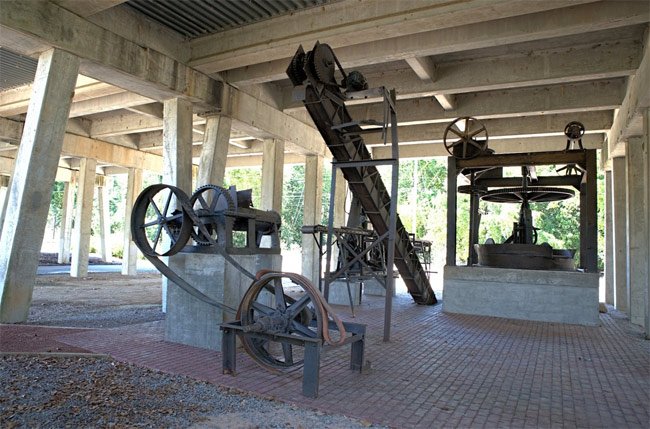 The mill closed in 1977, and its equipment was salvaged, restored, and placed beneath the 13th Street bridge by the city as an exhibit of North Augusta’s former way of life. The mill originally was located near the bridge but moved to higher ground after a series of floods occurred in 1929. It later returned to the river site.