Located along Huber Clay Road in the Warrenville community of Aiken County, this structure is the former home of Jacksonville School. It was built in 1895 by the Jacksonville Lodge of the Grand United Order of Odd Fellows, a black fraternal organization, to educate African-American children in the community during a time when no other schools were available. 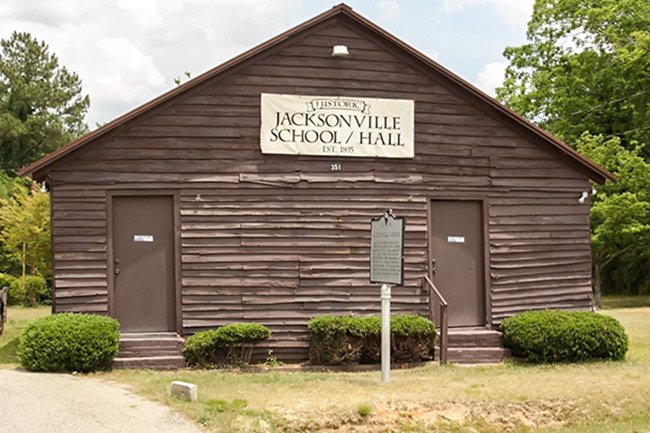 The first floor of the building contained two classrooms, and the second floor served as a meeting space for lodge members – called brothers (1). The structure had neither electricity nor running water (1). The school employed two teachers and educated students between the first and seventh grades (1). It served Warrenville and nearby Langley until 1936 (1). The Jacksonville Lodge was established by the Reverend Robert L. Mabry (1), pastor of Storm Branch Baptist Church in nearby Beech Island.

The Grand United Order of Odd Fellows (sometimes spelled Oddfellows) can be traced to England during the end of the eighteenth century. The first American chapters – known as lodges – were established in Pennsylvania, but white members refused to allow black members to join (2). Lacking charters, these lodges were unofficial (2). 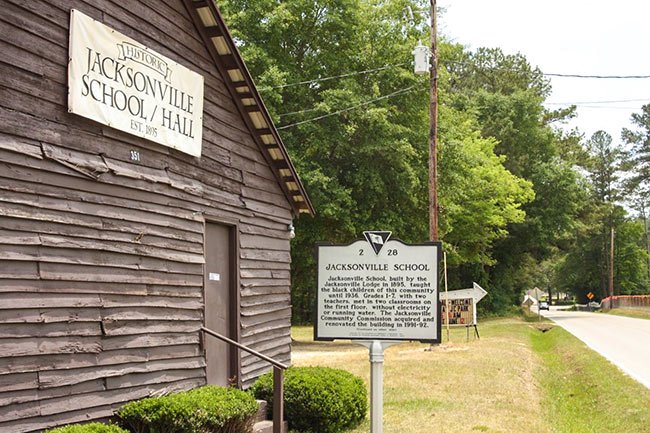 Fraternal organizations were especially important to African-American families during the mid-to-late nineteenth century because there were so few institutional resources for financial relief. The organizations acted as “mutual aid societies,” and brothers assisted one another with unexpected expenses such as illness or funerals. (Sub-chapters, called Households of Ruth, were established to promote fellowship and assistance among members’ wives and daughters.)

In 1843, a black man named Peter Ogden travelled to Manchester, England to request authority to establish a new lodge for African Americans in the United States (3). Ogden, a steward from Bermuda, was already a member of the Liverpool Lodge, and in February, he was a granted a charter to establish Philomathean Lodge No. 646 in New York City (3). By 1897, Ogden’s initial effort had led to another 2,280 lodges across the United States. With over 155,000 members, the Grand United Order of Odd Fellows became the largest black fraternal organization in America (4).

As public resources for African-Americans grew, some lodges closed, but many have been revitalized in recent years by descendants of early members who wish to be part of the order of their ancestors. The Florence Lodge #2212 in the Pee Dee is one such chapter. Founded in 1881, it reconvened in 2015 to keep alive the spirit of the Grand United Order of Odd Fellows in America (3). Today the Jacksonville Lodge is owned by the Jacksonville Community Commission, Inc. Both blacks and whites are now members of the Grand Order of Odd Fellows in America, though individual lodges may or may not be integrated.

Jacksonville School and Lodge: Our Sources

2. The Official History and Manual of the Grand United Order of Odd Fellows in America: A Chronological Treatise – Charles H. Brooks, Andesite Press, 2015

4. The International Year Book: A Compendium of the World’s Progress in Every Department of Human Knowledge for the Year 1898 – Frank Moore Colby, M.D., Ed., 1898