This whimsical landmark, known as Yonce’s Mill, lies along old Mount Calvary Road outside of the small town of Ridge Spring. Though the town limits of Ridge Spring are located in Saluda County, this portion of the road crosses back into Aiken County. Built sometime around 1845 by the sedulous Burley Yonce, the mill was constructed without lasting expectations. Yonce dammed the pond and built his gristmill to grind corn for customers in the area. His payment was known as “taking toll,” wherein he would receive one-eighth of the bushel ground. 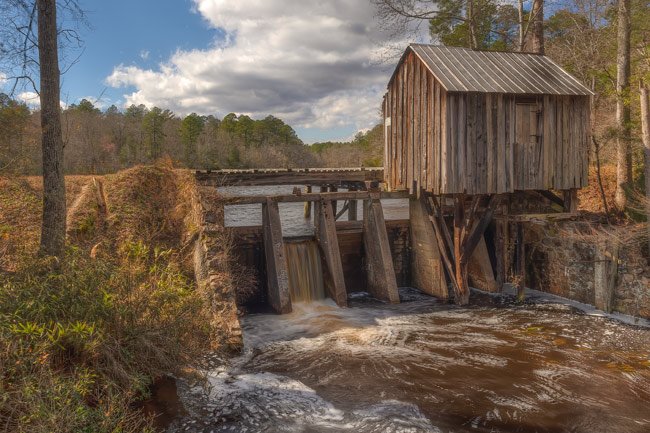 Steve Rich of Aiken, 2020 © Do Not Use Without Written Consent

Yonce’s process of grinding the corn was uncomplicated, according the author of an article in the Aiken Standard (reprinted below). The author describes how a wooden handle reached nearly to the ceiling of the millhouse with a rope dangling from its upper end. When pulling the rope, a small trunk (or gate) would open, allowing water from the lower pond to rush through with the force of a firehose. The water ran over a wheel which in turn would cause the stone to rotate. As the kernels, poured into a receptacle atop the machinery, came into contact with the stone, they were ground into what we know as stone-ground cornmeal, an ingredient revered in the South. 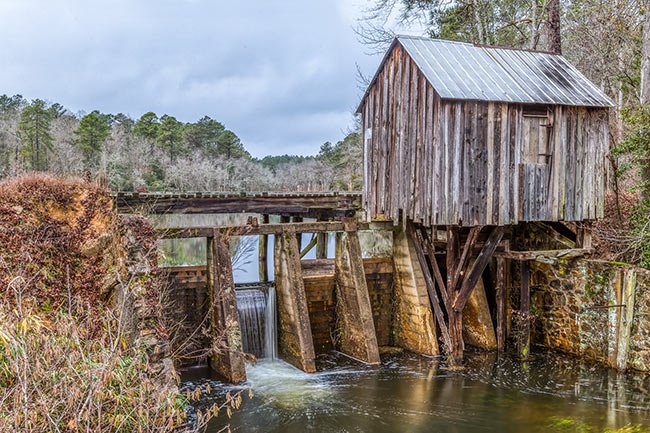 Steve Rich of Aiken, 2018 © Do Not Use Without Written Consent

Burley’s grandson, Virgil, ran the farm for his mother at the time of the referenced article, which was published in 1970. The author notes that the mill had not operated commercially for some time but was still used on a personal basis for friends and family who wanted freshly-ground cornmeal. The property still belongs in the Yonce family today, though the mill is no longer operational. Inside the building, all of the mechanicals are gone but the mill is kept in good repair and can still be viewed from the road as a timeless relic of our storied past. 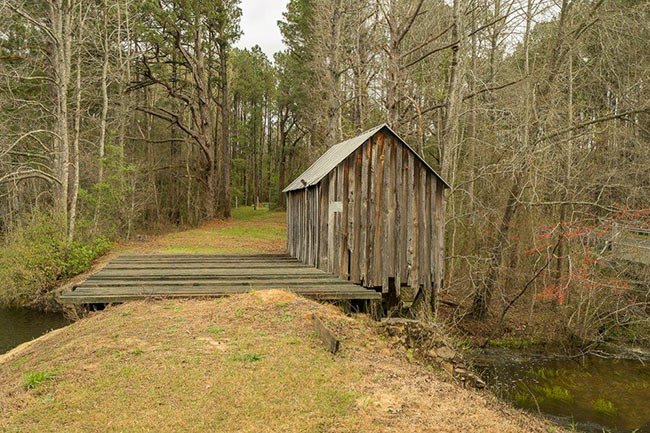 The information above was taken from an article published in the Aiken Standard on Monday August 31, 1970. It was written by staff writer C.W. Kilbey. A transcription of the article can be seen below. 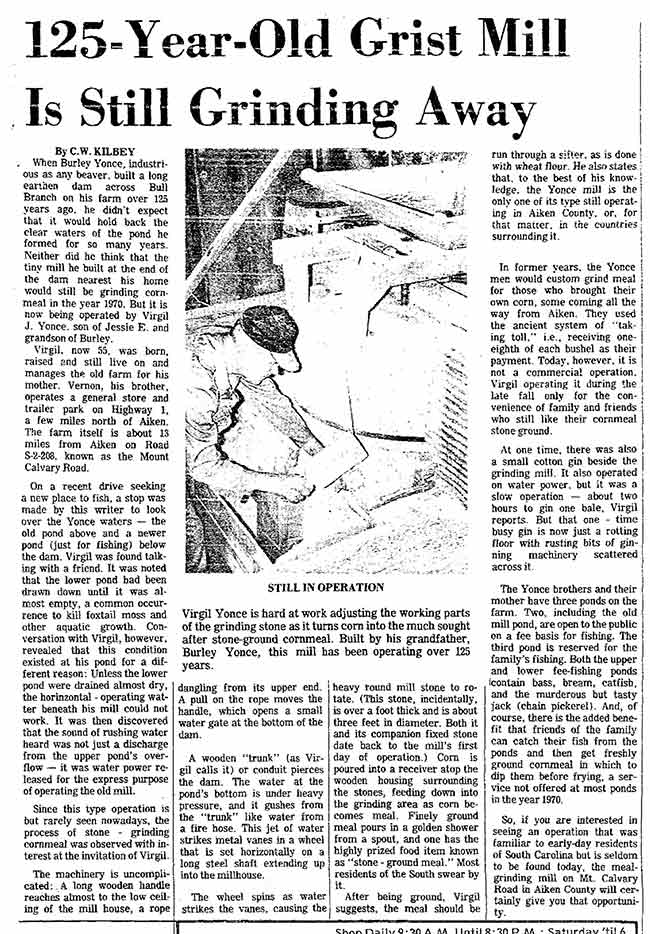 When Burley Yonce, industrious as any beaver, built a long earthen dam across Bull Branch on his farm over 125 years ago, he didn’t expect that it would hold back the clear waters of the pond he formed for so many years. Neither did he think that the tiny mill he built at the end of the dam nearest his home would still be grinding corn meal in the year 1970. But it is now being operated by Virgil J. Yonce, son of Jessie E. and grandson of Burley.

Virgil, now 55, was born, raised and still live[s] on and manages that old farm for his mother. Vernon, his brother, operates a general store and trailer park on Highway 1, a few miles north of Aiken. The farm itself is about 13 miles from Aiken on Road S-2-208, known as the Mount Calvary Road.

On a recent drive seeking a new place to fish, a stop was made by this writer to look over the Yonce waters – the old pond above and a newer pond (just for fishing) below the dam. Virgil was found talking with a friend. It was noted that the lower pond had been drawn down until it was almost empty, a common occurrence to kill foxtail moss and other aquatic growth. Conversation with Virgil, however, revealed that this condition existed at his pond for a different reason: Unless the lower pond were drained almost dry, the horizontal-operating water beneath his mill could not work. It was then discovered that the sound of rushing water heard was not just a discharge from the upper pond’s over-flow — it was water power released for the express purpose of operating the old mill.

Since this type operation is but rarely seen nowadays, the process of stone-grinding cornmeal was observed with interest at the invitation of Virgil.

The machinery is uncomplicated: A long wooden handle reaches almost to the low ceiling of the millhouse, a rope dangling from its upper end. A pull on the rope moves the handle, which opens a small water gate at the bottom of the dam.

A wooden “trunk” (as Virgil calls it) or conduit pierces the dam. The water at the pond’s bottom is under heavy pressure, and it gushes from the “trunk” like water from a fire hose. This jet of water strikes metal vanes in a wheel that is set horizontally on a long steel shaft extending up into the mill house.

The wheel spins as water strikes the vanes, causing the heavy round mill stone to rotate. (This stone, incidentally, is over a foot thick and is about three feet in diameter. Both it and its companion fixed stone date back to the mill’s first day of operation.) Corn is poured into a receiver atop the wooden housing surrounding the stones, feeding down into the grinding area as corn becomes meal. Finely ground meal pours in a golden shower from a spout, and one has the highly prized food item known as “stone-ground meal.” Most residents of the South swear by it.

After being ground, Virgil suggests, the meal should be run through a sifter, as is done with wheat flour. He also states that, to the best of his knowledge, the Yonce mill is the only one of its type still operating in Aiken County, or, for that matter, in the counties surrounding it.

In former years, the Yonce men would custom grind meal for those who brought their own corn, some coming all the way from Aiken. They used the ancient system of “taking toll,” i.e., receiving one-eighth of each bushel as their payment. Today, however, it is not a commercial operation, Virgil operating it during the late fall only for the convenience of family and friends who still like their cornmeal stone ground.

At one time, there was also a small cotton gin beside the grinding mill. It also operated on water power, but it was a slow operation – about two hours to gin one bale, Virgil reports. But that one-time busy gin is now just a rotting floor with rusting bits of ginning machinery scattered across it.

The Yonce brothers and their mother have three ponds on the farm. Two, including the old mill pond, are open to the public on a fee basis for fishing. The third pond is reserved for the family’s fishing. Both the upper and lower fee-fishing ponds contain, bream, catfish, and the murderous but tasty jack (chain pickerel). And, of course, there is the added benefit that friends of the family can catch their fish from the ponds and then get freshly ground cornmeal in which to dip them before frying, a service not offered at most ponds in the year 1970.

So, if you are interested in seeing an operation that was familiar to early-day residents of South Carolina but is seldom to be found today, the meal grinding mill on Mt. Calvary Road in Aiken County will certainly give you that opportunity.

The article is accompanied by a photograph captioned, “STILL IN OPERATION – Virgil Yonce is hard at work adjusting the working parts of the grinding stone as it turns corn into the much sought after stone-ground cornmeal. Built by his grandfather, Burley Yonce, this mill has been operating over 125 years. 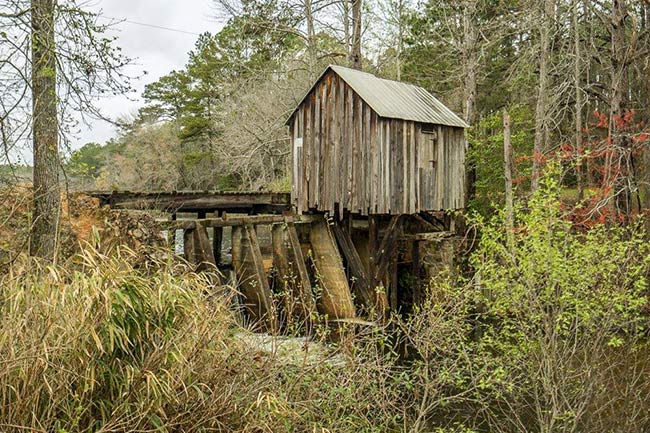 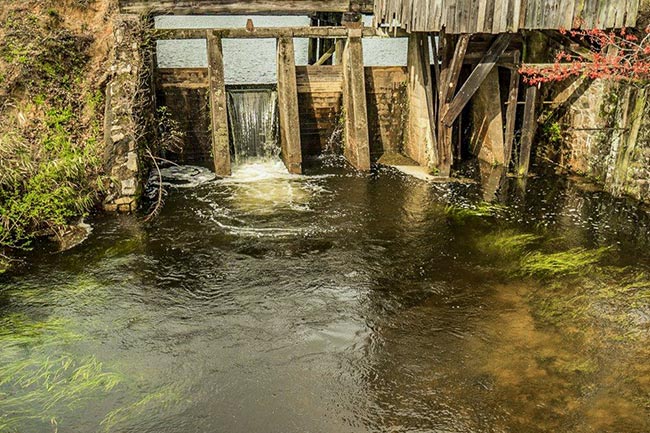 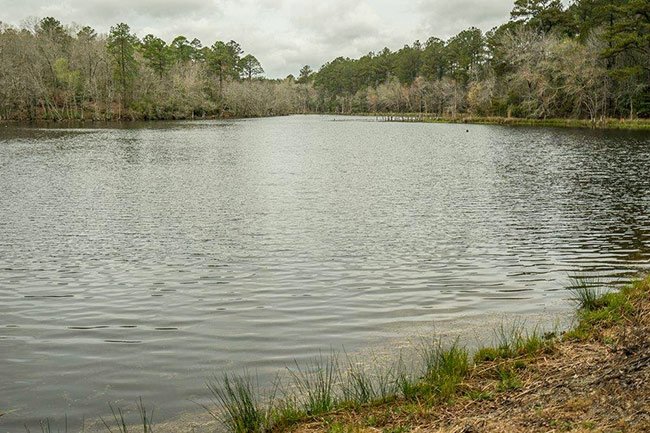 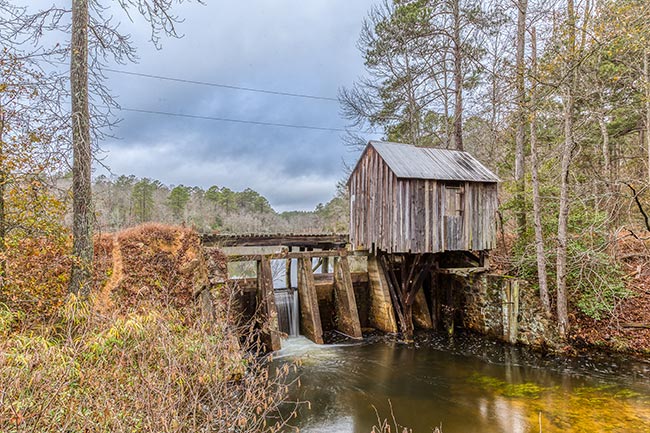 Steve Rich of Aiken, 2018 © Do Not Use Without Written Consent 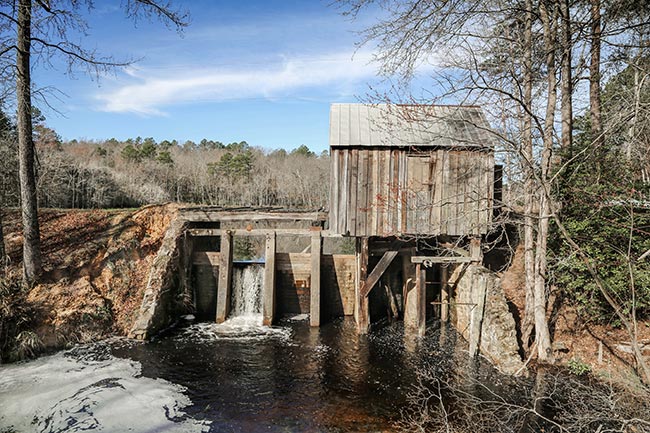 George Hagan of Aiken, 2016 © Do Not Use Without Written Consent 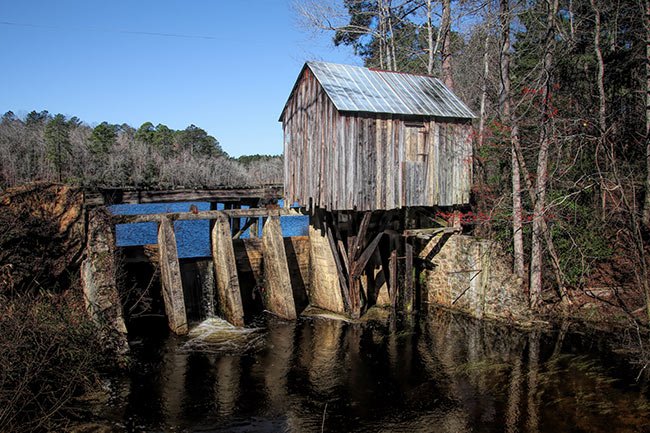