The original Barnwell County Courthouse was built in 1789 in neighboring Boiling Springs (not to be confused with the Spartanburg County town by the same name). A subsequent courthouse was built on this site in 1800 after Barnwell became the county seat. 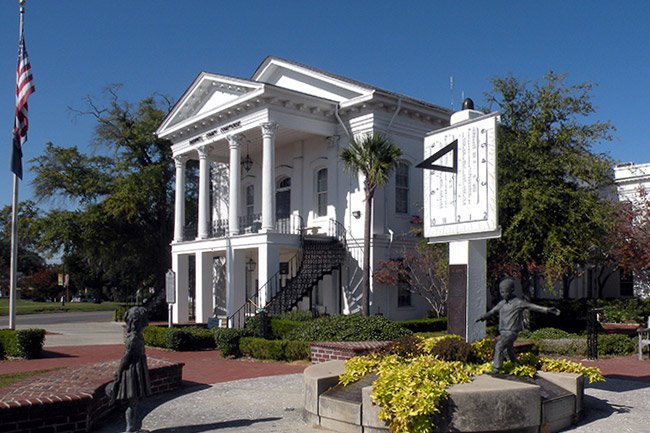 Two more buildings followed in 1819 and 1848. The latter was burned by Federal troops during the Civil War in 1865, and afterwards court was held in Barnwell Presbyterian Church until 1869. At that time the county seat was moved to nearby Blackville. However, Barnwell regained the county seat in 1874, and the church again housed the courts until 1878, when construction began on the current courthouse. 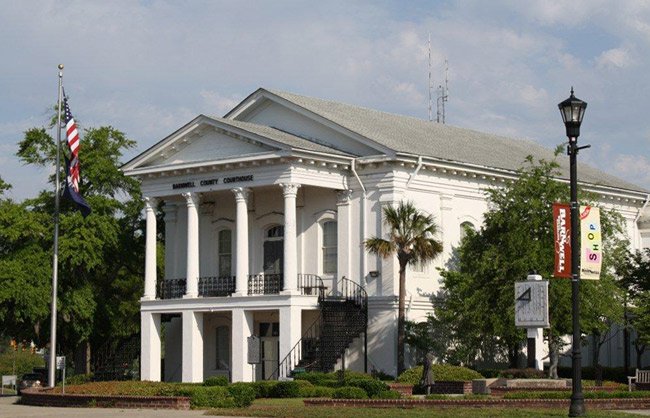 This courthouse – the fourth and final to be built on this site – was completed in 1879. Additions were made to the building in 1901 and in 1921 to create two fireproof repositories for court records. The white plaster was added by the Works Progress Administration in the 1930s. Prior to this exterior renovation, the courthouse was red brick. 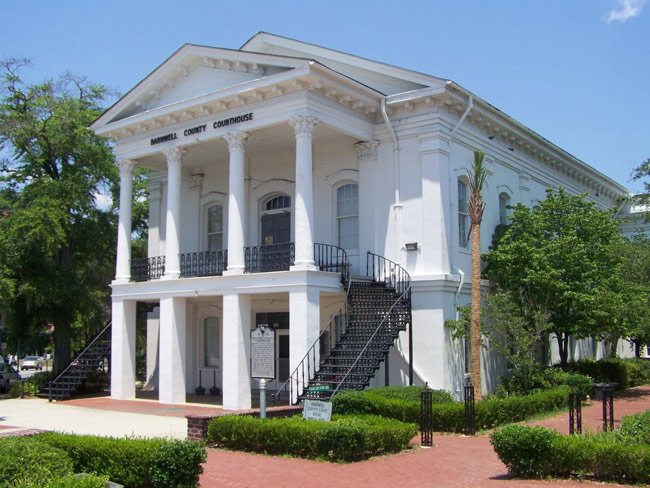 The unusual “town clock” in Barnwell is actually a sundial and tells the time by the angle of the sun in the sky. Quite possibly the only one of its kind, it has displayed the accurate time – within two minutes of standard time – for over 150 years. The vertical sundial is located on Main Street in front of the Barnwell County Courthouse. It was a gift to the city in 1858 from state senator J.D. Allen. 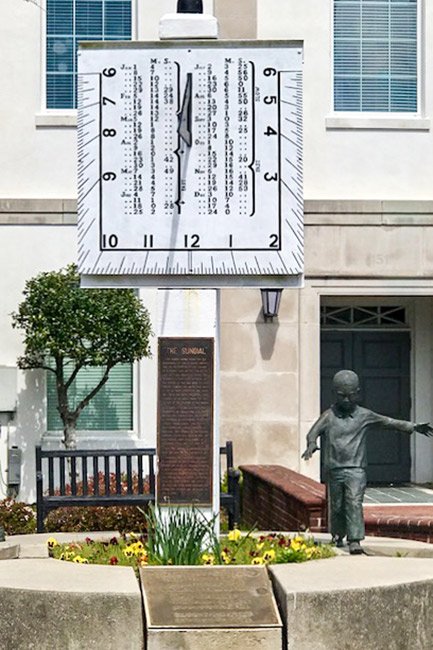 The plaque, seen below, stands near the sundial, detailing its history. The following inscription can be found on the plaque:

“The oldest known device for the measurement of time, a sundial indicates time by the position of the shadow of a gnomon cast by the sun on the face of a dial marked in hours. The gnomon is a flat piece of metal in the center of the dial with its back pointing towards the North Pole when in the northern hemisphere and facing due south and with the upper edge slanting at an angle equal to the altitude of the location of the sundial.

Obtained from Mr. D. B. Hasleton, Ironmonger, of Charleston, S. C., this sundial was presented to the citizens of Barnwell in September, 1858, by Joseph Duncan Allen (1812-1880), benefactor and philanthropist of Barnwell, who served in the Florida Seminole Indian War, Mexican War and Confederate Army, S. C. House of Representatives and S. C. Senate.

Atop the sundial, a cannonball rests which was used in the Confederate War.

Although the adjacent courthouse was destroyed by fire in 1865, the sundial survived and is in its original location. In 1918, a concrete curbing was added as a protection against traffic hazards. The sundial was repainted, additional concrete reinforcement was added at the base and after much research, this plaque was designed and installed on June 3, 1986. 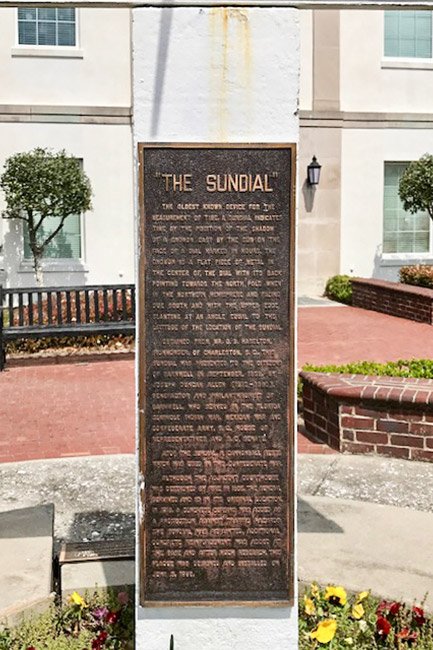 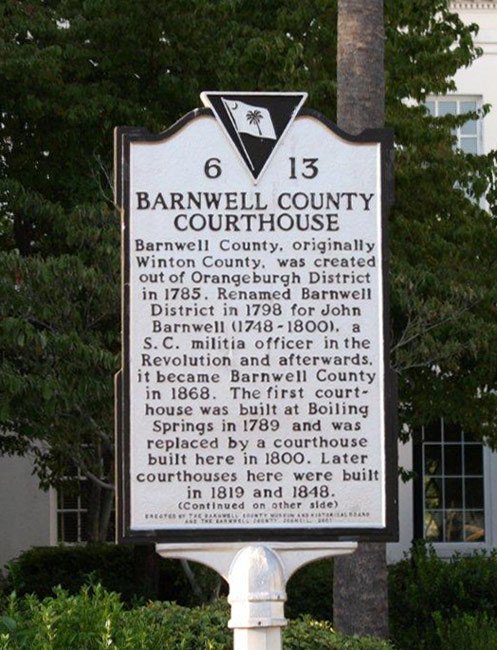 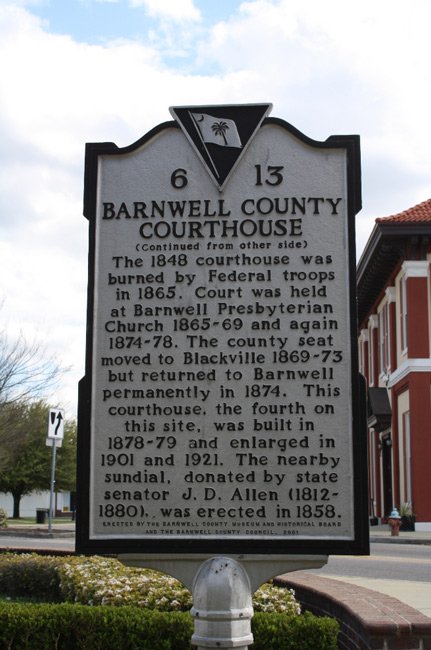