This building’s cheery charm belies a bellicose past. Now located in downtown Barnwell, the octagonal structure originally served as a guard house for a nearby prisoner of war camp. The prisoners were German soldiers captured during World War II. The guardhouse was constructed in 1944 by Charles Cheek, who was assisted by the prisoners themselves.

Following the war, the camp was torn down. The guard house was moved to the town circle – the center of Barnwell – and used as a police station. According to the plaque on the building, South Carolina legislators Edgar Brown and Soloman Blatt regularly engaged in spirited debates here. Both of these men now have state government buildings in Columbia named after them. 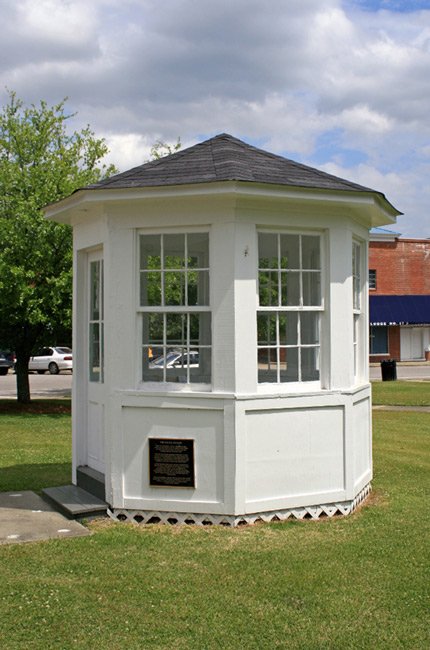 Today the former police station belongs to the Barnwell County Museum. Twenty-one German prisoner camps were established in South Carolina during World War II. A chimney from a former German POW camp in Charleston is still in tact, though the property owner is searching for a new home for the artifact. 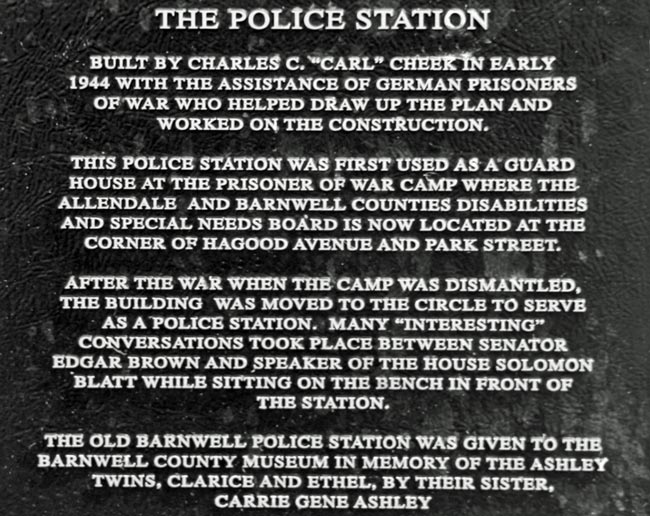 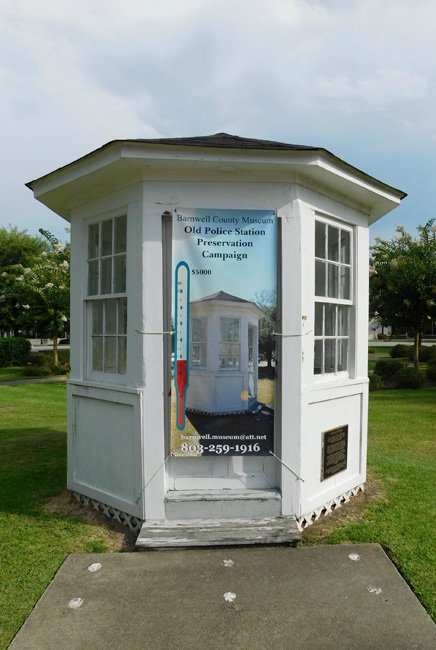 In 2015 the Barnwell County Museum began a fundraising campaign with a goal of raising $5,000 to restore the former guard house. The above photo was taken in July of 2016.