Barnwell City Hall now occupies the building that originally was home to the Bank of Barnwell, established in 1887. The bank was housed in a two-story brick building, and the second floor served as the law office of Edgar Brown, a South Carolina senator from 1922 until 1972 and the namesake of the Edgar Brown Building on the South Carolina Statehouse campus. Brown worked from this building for more than six decades, beginning in the early 1900s. He also served as President Pro Tempore of the South Carolina senate from 1942 until 1972. 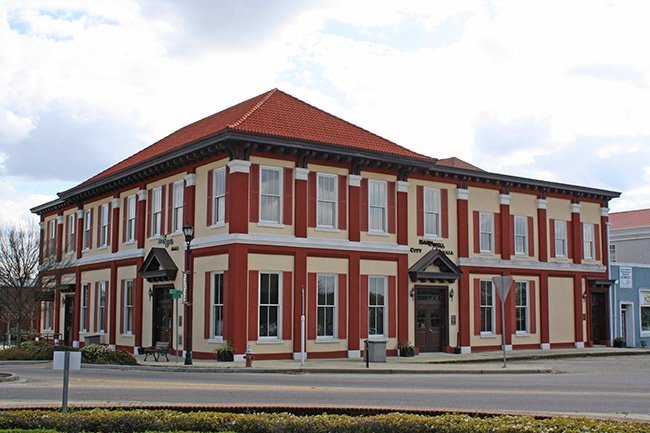 The Bank of Barnwell merged with several other nearby banks in 1909 to form the Western Carolina Bank, which closed in 1932 in the midst of the Great Depression. In the wake of the closing, residents purchased the bank and reopened the Bank of Barnwell, which continued until to merged with the State Bank and Trust in 1963. After several other bank mergers, it finally became First Citizens Bank in 1996. The bank relocated to a new building in 2003, and in 2009 the empty building became Barnwell City Hall. The historic structure was enlarged and restored in the 1950s, the 1960s, and again in 2008 for the conversion to a municipal building. 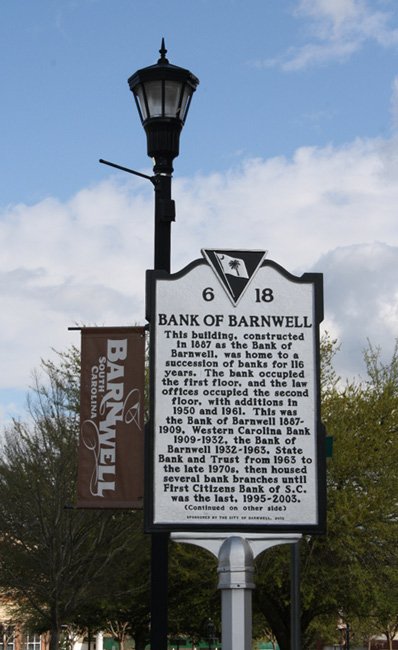 Offices occupy the second floor, and partners from Edgar Brown’s law practice continue to utilize the upstairs space of the former bank. Brown’s former office is now a conference room. Brown, who died in 1975, is often remembered as a member of the “Barnwell Ring,” an influential group of politicians during the mid-to-late twentieth century, including Solomon Blatt and Governor Joseph Emile Harley. A native of Aiken County, Brown’s early education took place at the China Springs School and Graniteville Academy. He died in a car accident on June 26, 1975. 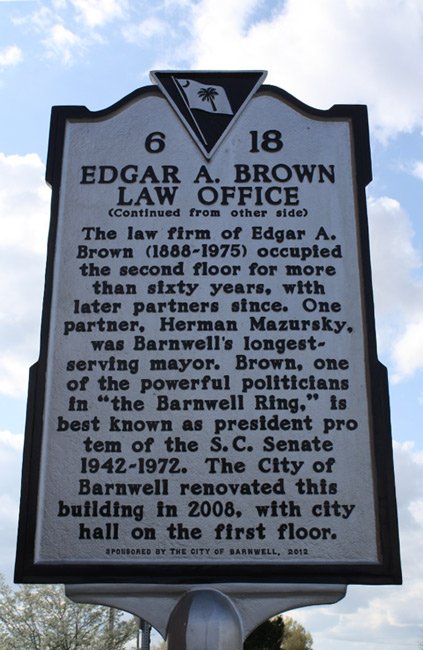