This fire lookout tower in Barnwell was built in 1935 by the South Carolina Forestry Commission. The steel tower reaches 80 feet into the air, and a lookout cab measuring 10x7x7 feet housed fire commissioners on their watch for local blazes. Prior to the advent of satellites and other technologies that help detect fires, fire control depended largely on the stalwart observations of men posted at lookouts such as this one. South Carolina discontinued the observation method of discovery in 1993. However, several towers still hover over the treetops in many rural areas. 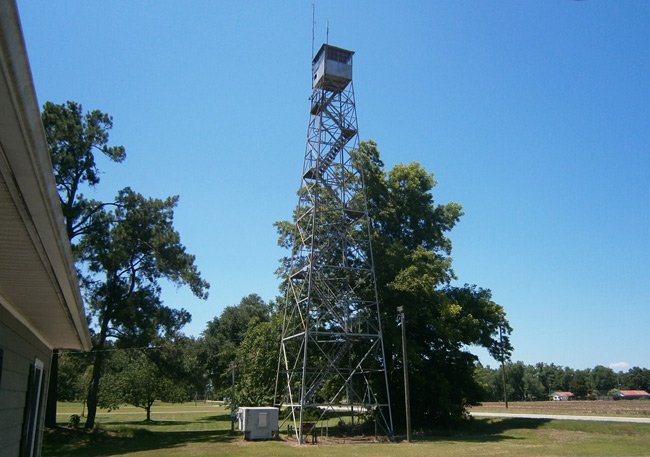 Though decommissioned as a fire tower, the Barnwell lookout serves the area as a radio repeater, or a transmitter and receiver that receives weak signals and transmits them at a higher power. As is the case with many lookouts, the bottom steps have been removed to prevent people from climbing the tower.