This shed greets passengers traveling by train at the North Charleston Amtrak Station. The depot was built in 1956 for the Atlantic Coast Line Railroad, replacing the Union Station depot in downtown Charleston (seen below). That station, which stood on the corner of East Bay and Columbus streets, burned on January 11, 1947, leaving only the shed, which remained in use until 1954. When the current North Charleston station opened in 1956, it also replaced a smaller North Charleston depot, which was located near the present site. The stop preceding North Charleston is Yemassee, and the train leaves this depot to head to Kingstree. 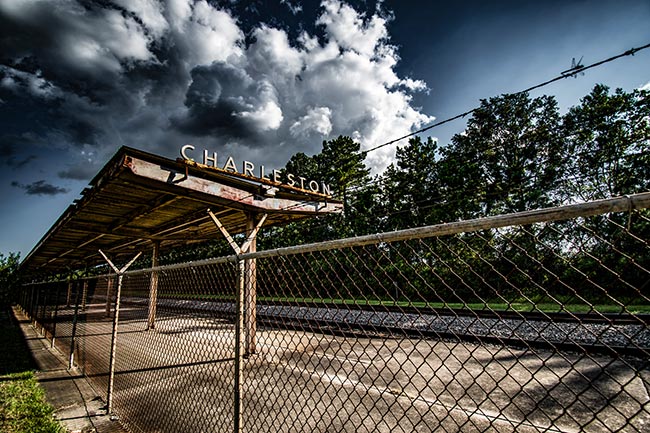 Cam Harris of Charleston, 2017 © Do Not Use Without Written Consent

The North Charleston Amtrak Station has served passengers for over 60 years; however, a new station is planned for the future. The new Amtrak station will serve as a general transportation hub, encompassing rail travel as well as public buses operated by the Charleston Area Rapid Transit Authority (CARTA) and taxis. The depot will be built adjacent to the current site and cover more than 14,000 square feet. 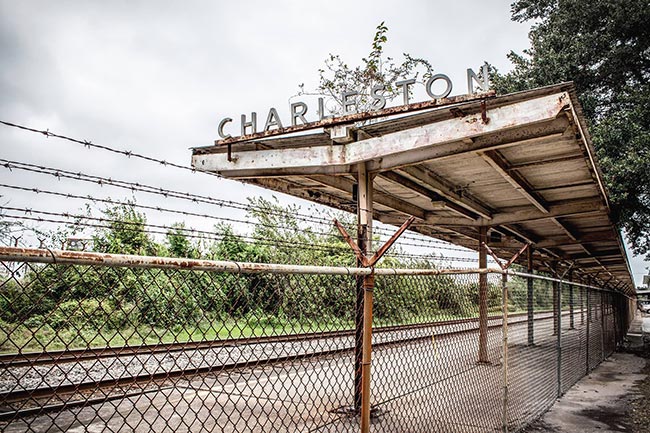 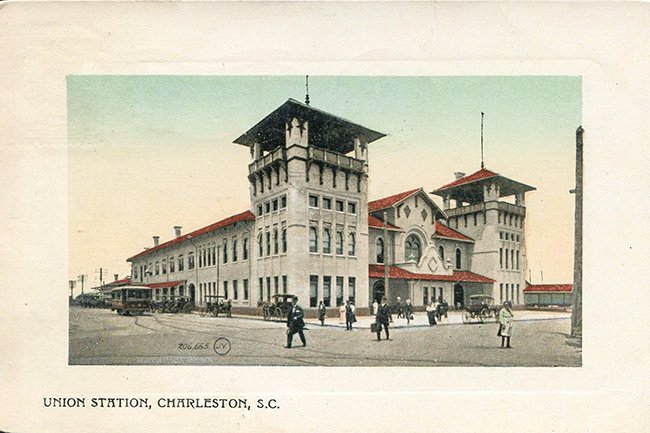 The Union Station in Charleston was designed by Frank Milburn of Columbia. The plans of the depot (seen below) bring to light the layout of this massive structure. Rooms included waiting rooms, ladies parlors and gentlemen’s smoking room for both colored and white patrons. There were rooms for the sending of telegraphs, ticket office, baggage claims, newsstand, dining room, serving rooms, mail rooms, storage and kitchen in addition to a concourse and three loading platforms. 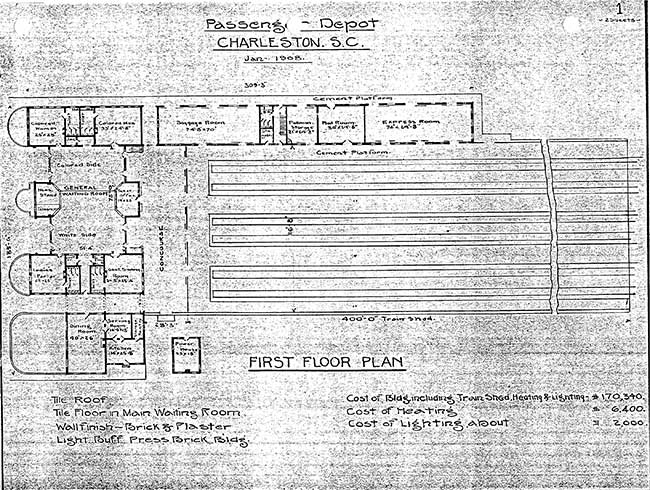 Contributed by Buddy Hill of Charleston, 1908

Upstairs included many rooms for offices and bathrooms in addition the dispatcher room and counter. Costs on the plan indicate the building cost around $170,340 with $6,400 being for heating and $2,000 for lighting equipment and supplies. The building was a buff colored brick structure with plaster and brick interior walls, tile floors and tile roof. 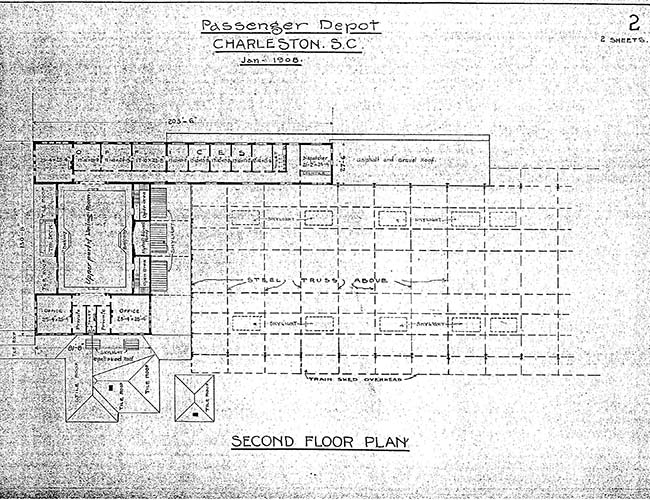 Contributed by Buddy Hill of Charleston, 1908 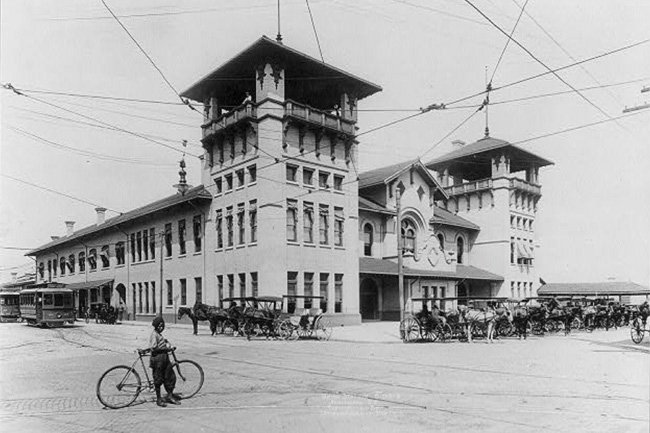 The following newspaper article discusses the fire that destroyed the Union Station, it was published on Monday January 13, 1947 in the Evening Post (later Post and Courier).

Fate has taken a hand in the problem of providing Charleston with the type of railway passenger facilities a community of this size and prospects is entitled to.

Fate took an action that changed the situation overnight, in the form of a fire which destroyed the antiquated Union station, leaving remains not much more of an eyesore then the structure had been while intact.

With its train schedules divided between two inadequate points, the Linton station, in the city, and the North Charleston station, the Atlantic Coast Line for lime mire has been providing unsatisfactory service for incoming and departing passengers, It failed to keep pace, in this respect, with the growth of the city and the expanding metropolitan area.

Aside from the general Inadequacy of the passenger station service here, there has been much complaint arising from the use by the A. C. L. of two stations. It has been a source of inconvenience and confusion. To remedy this condition of affairs it was urged that all A. C. L. trains be sent into the city, but the railroad refused to take this step. Then It was proposed the Union station be abandoned and a suitable station be provided near North Charleston, to take the place of the structure now there.

The last public word on the Atlantic Coast Line’s position prior to the fire was heard in December, 1945. Representatives of the road then informed a Chamber of Commerce committee it was willing to go ahead with the project for a new station if certain conditions were met.

The three “ifs” were these: If the community could crystallize public sentiment for the new site; if it I would help the A. C. L. and the Southern Railway to sell the Union Station: and if It would support the railroad petition to the State public service commission.

The principal obstacle was in disposing of the Union station property. The Chamber committee offered to help sell it, but the A. C. L. refused to set a price. It was made known that a piece of property north of the viaduct, suitable for a new passenger station, had been purchased by the railroad.

Surely the blaze which ruined the Union station has opened the way to a proper solution of the problem. The step dictated by sound business principles and by force of circumstances is erection of a large Union station in the North Charleston section, for use by both the A. C. L. and the Southern. The fire burned whatever valid objections the A. C. L. might have had to such a progressive move, The railroads operating bore have often, through advertisements, proclaimed their faith in this section. Here is an opportunity to implement that faith. 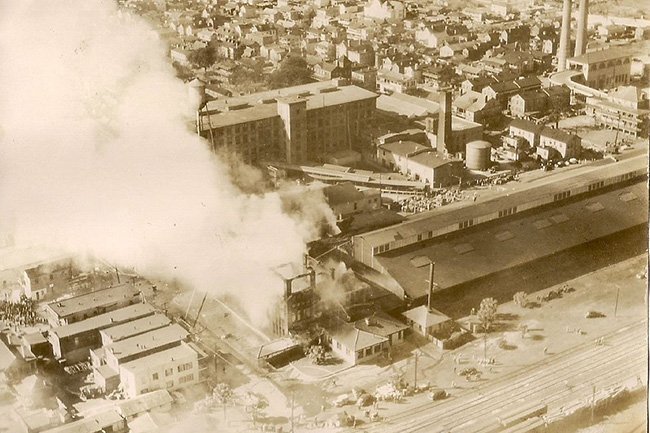 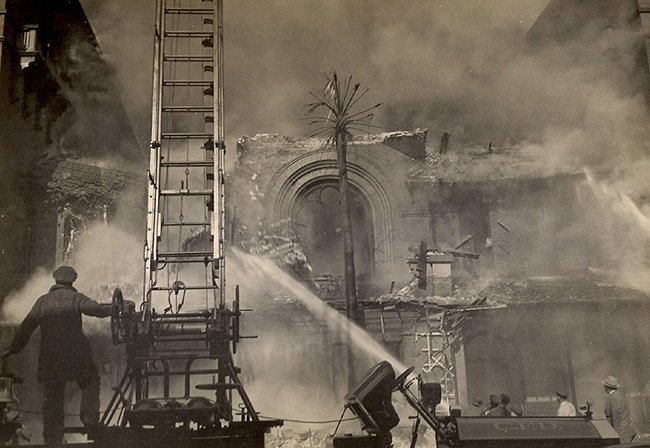 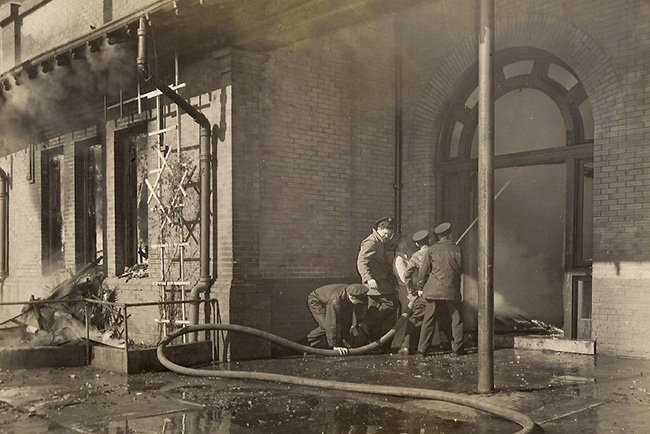 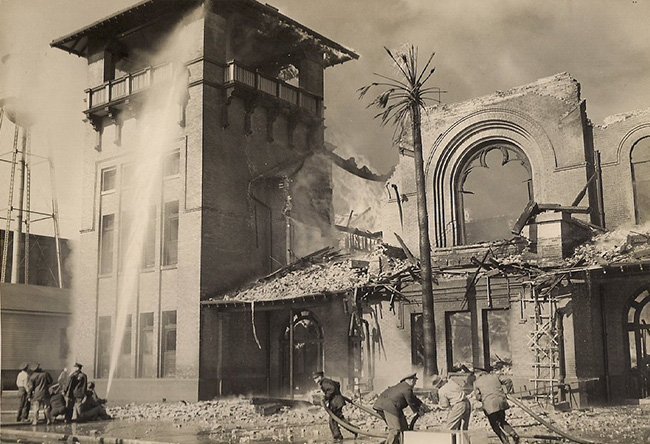 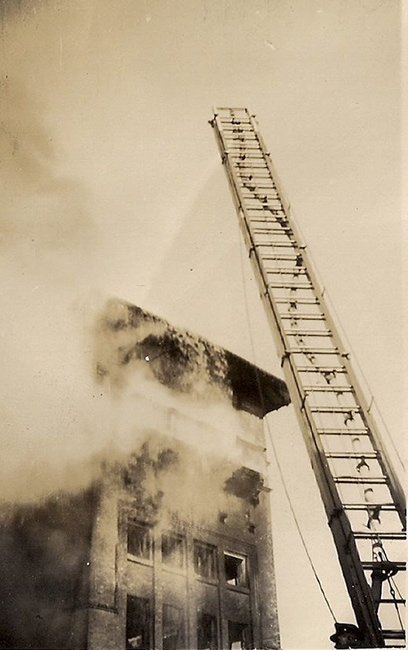 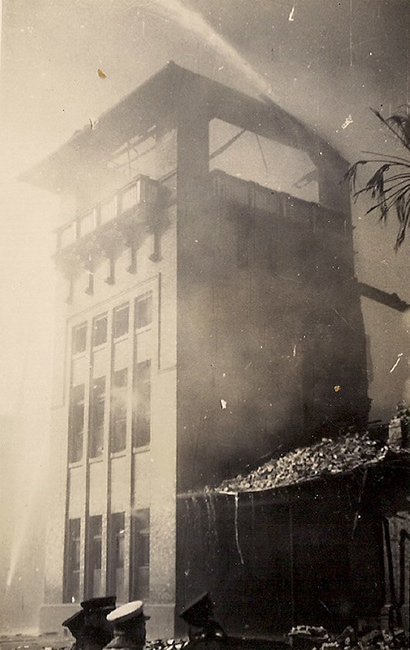 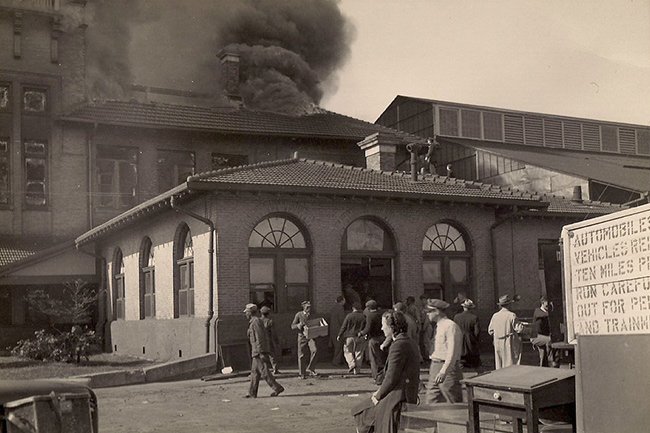