The Ben Sawyer Bridge connecting Mount Pleasant with Sullivan’s Island is one of nine moveable bridges remaining in South Carolina. The bridge was built in 1945, using the drawbridge from the former Pitt Street Bridge.

The bridge rotates on a central axis to allow boat travel along the Intracoastal Waterway. The swing-span portion of the bridge was replaced in 2010, retaining the appearance of the original but outfitting the bridge with modern technology. When the Isle of Palms Connector was constructed in 1993, the Ben Sawyer Bridge was no longer the only road access to the beaches of Sullivan’s Island and Isle of Palms. The bridge is named for Aiken County native Benjamin Mack Sawyer, who served as the Chief Highway Commissioner and Executive Director of the South Carolina Department of Transportation from 1926 until his death in 1940. 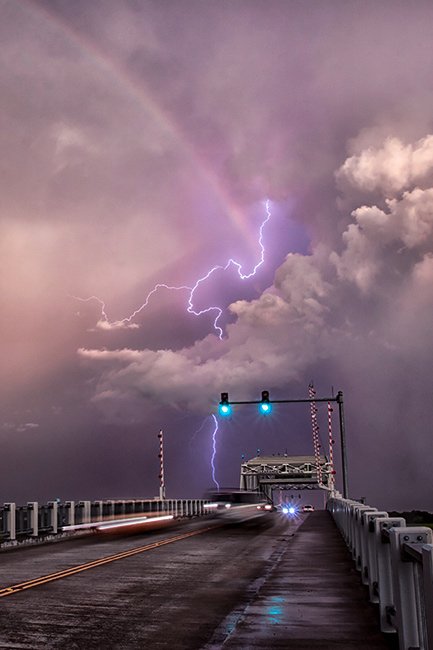 Billy Ellison of Charleston, 2018 © Do Not Use Without Written Consent

When Hurricane Hugo made landfall on Sullivan’s Island just after midnight on September 22, 1989, the Ben Sawyer bridge was damaged to the extent that images of the drawbridge tilted into the waterway made national news and became an iconic image of the category-4 storm’s destruction. The bridge was quickly repaired and operating again by October. Today the Ben Sawyer Bridge continues to be a popular access to one of South Carolina’s beloved beaches. 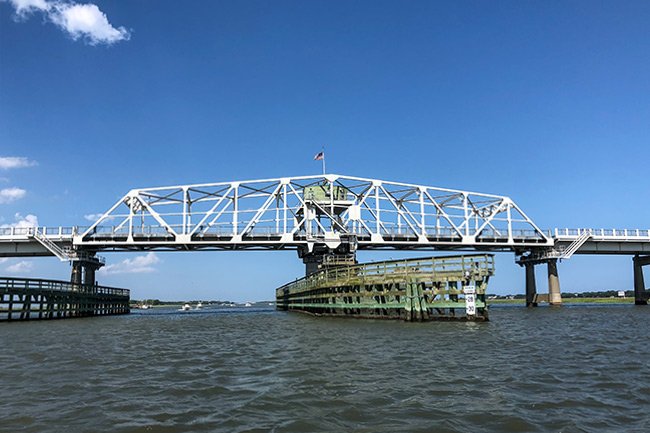 Camille Bowdoin of Charleston, 2018 © Do Not Use Without Written Consent