Though the spire has been removed from this nineteenth-century stone church on Sullivan’s Island, the facade of the former sanctuary largely retains its original appearance. The primary difference is that a tower with parapets now stands in place of the steeple, which gives the structure the feel of a fortress. In fact, the owner of the building, which is now a private residence and vacation rental, named his home “Mugdock Castle” in honor of a fourteenth-century citadel near Glasgow, Scotland. However, when it was built in 1891, the church served a congregation longing to rebuild in the decades following the Civil War. 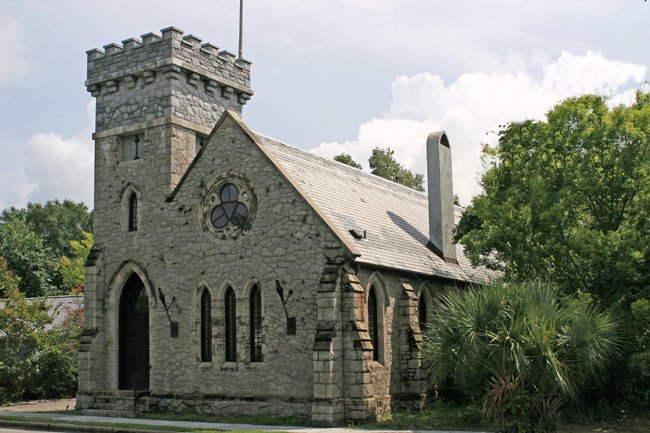 Grace Episcopal Church was established on Sullivan’s Island in 1813 as a chapel of ease for summering families. Officers from Fort Moultrie also attended the church as regular worshipers, though services were held only from June through October. That sanctuary was severely damaged by Union shells during the Civil War, and it was shuttered by 1879.

By 1891 the congregation had purchased this lot in order to erect a new church, and construction began that September. The new edifice was designed by W. W. Deveaux of New York and built by Robert McCarrel of Charleston. The first service in the new sanctuary was held July 10, 1892. Parishioners named their new church the Chapel of the Holy Cross. Although it remained a mission church without a full-time priest, services were held year-round by a lay reader named William Mazyck and visiting members of the Episcopal clergy. 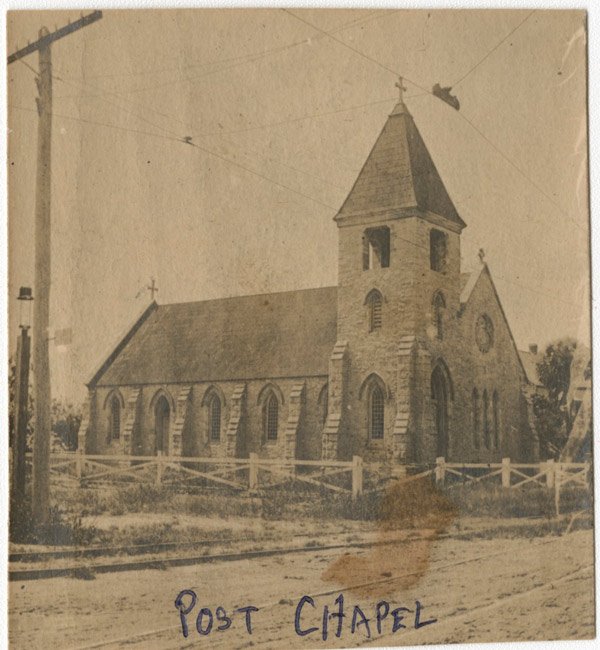 The Chapel of the Holy Cross sheltered its congregation for just over a decade before the federal government expanded Fort Moultrie in 1902, condemning the church and its grounds. The building was sold to the US Army in 1904 for $9,000 – $3,000 more than it had cost to construct. In 1907 the sanctuary became the post chapel for Fort Moultrie. Meanwhile, the Chapel of the Holy Cross’s congregation relocated to a different site, roughly two miles away on Middle Street, and erected another church in 1908. This church still stands and is now called the Church of the Holy Cross, having received parish status in 1962. The new church was modeled after its predecessor and includes the first chapel’s chancel and memorial windows. 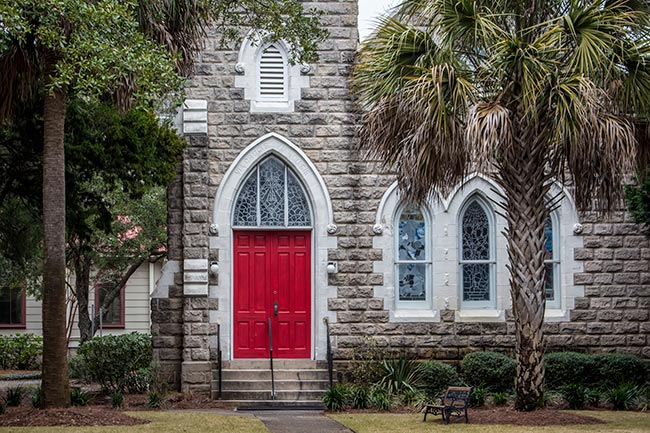 Members were briefly reunited with their old sanctuary shortly after World War II, as the “new” Chapel of the Holy Cross had been employed as a medical clinic and was in disrepair. Incidentally, a new post chapel was built in 1944 on Central Avenue; today that chapel serves as Sullivan’s Island Baptist Church. 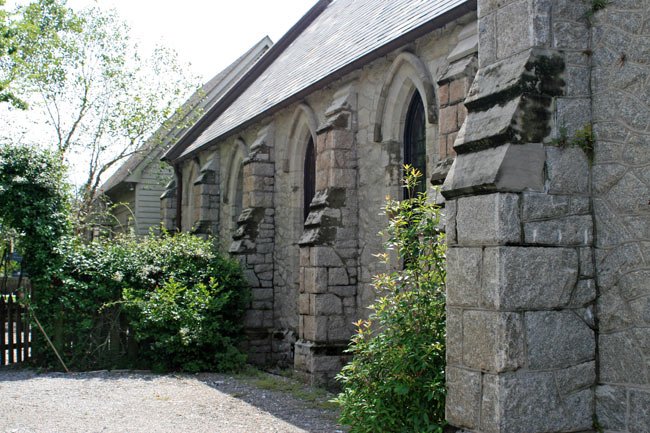 Following the deactivation of Fort Moultrie in 1947, the first post chapel and former Chapel of the Holy Cross, which was then vacant, was purchased by J.C.W. Bischoff. He then deeded it to the Town of Sullivan’s Island. The church sat vacant for a few more years before the town gave it to the South Carolina Lutheran Synod. It briefly housed St. Mark’s Evangelical Lutheran Church before that congregation relocated to nearby Isle of Palms. The church and surrounding property were then sold to a private owner in 1972, and the sanctuary was converted into a residence. 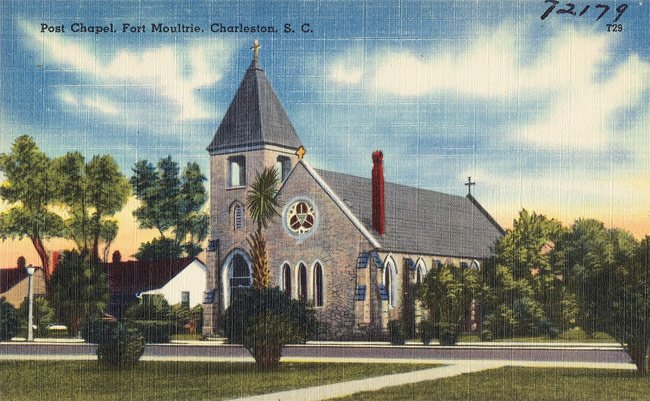 The current owner substantially modified his residence in 2009. The original church portion of Mugdock Castle is referred to as “Winter Hall,” while a Romanesque addition, which overlooks the Atlantic Icean, is called “Summer Hall.” Six of the home’s seven bedrooms are located in Summer Hall, which also includes a courtyard, 16-foot ceilings, and a dramatic rooftop terrace.

Eternal Father of the Sea